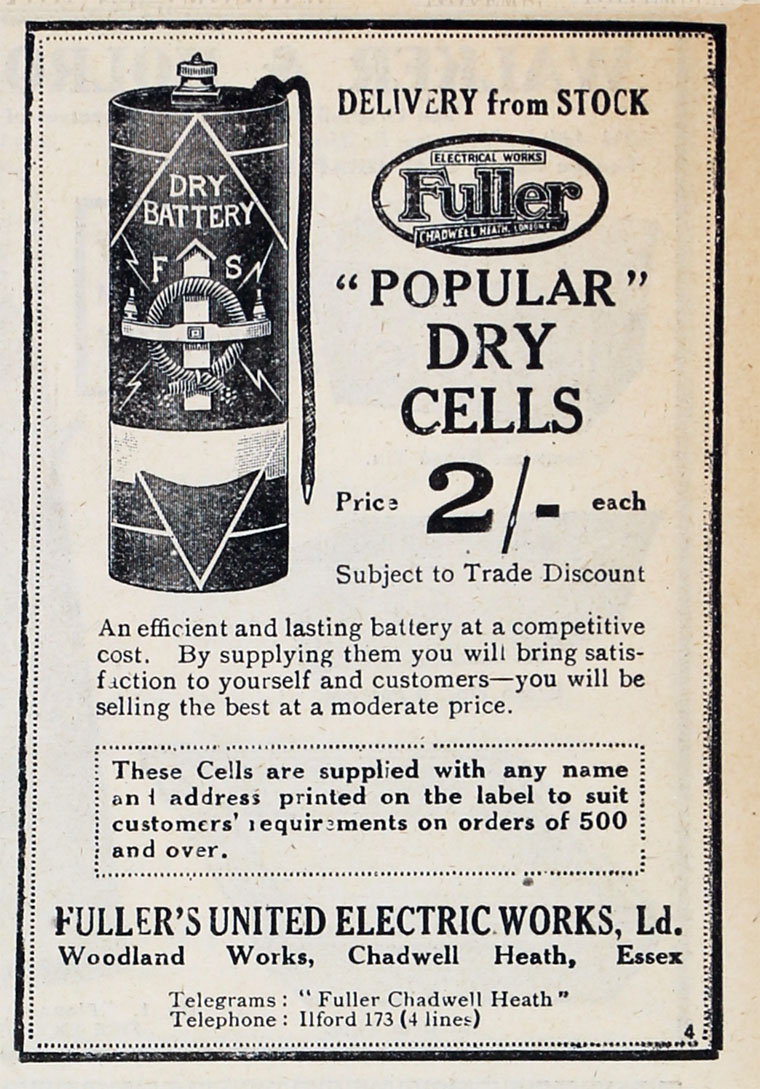 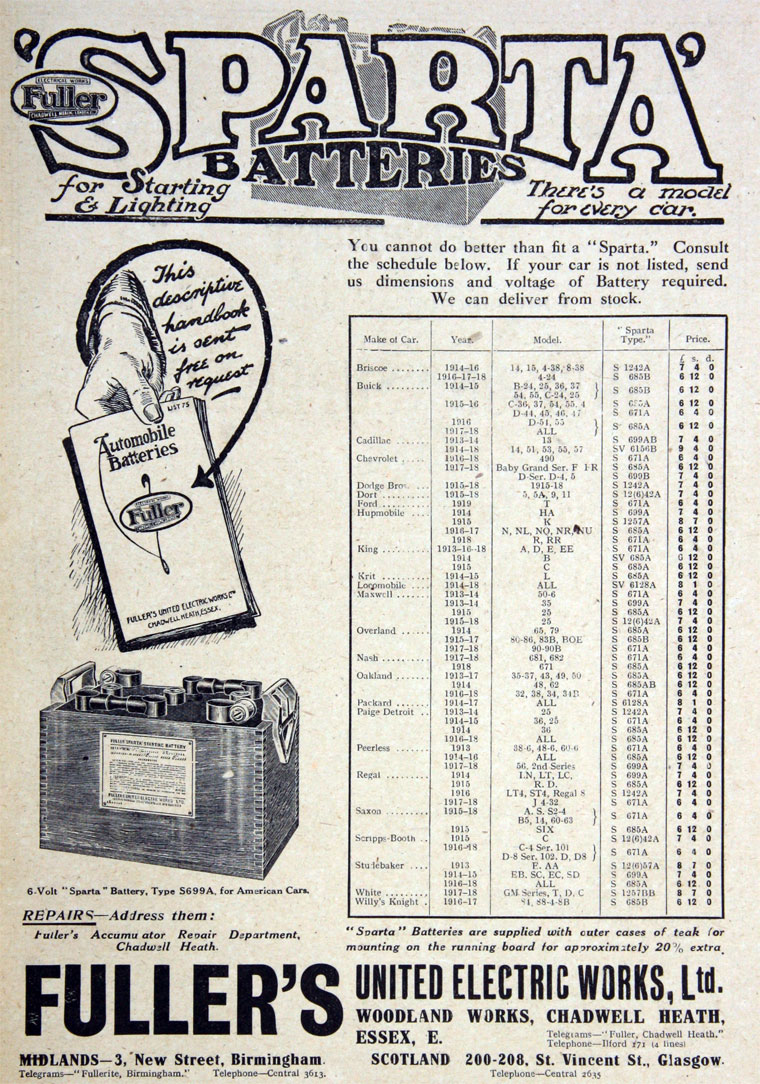 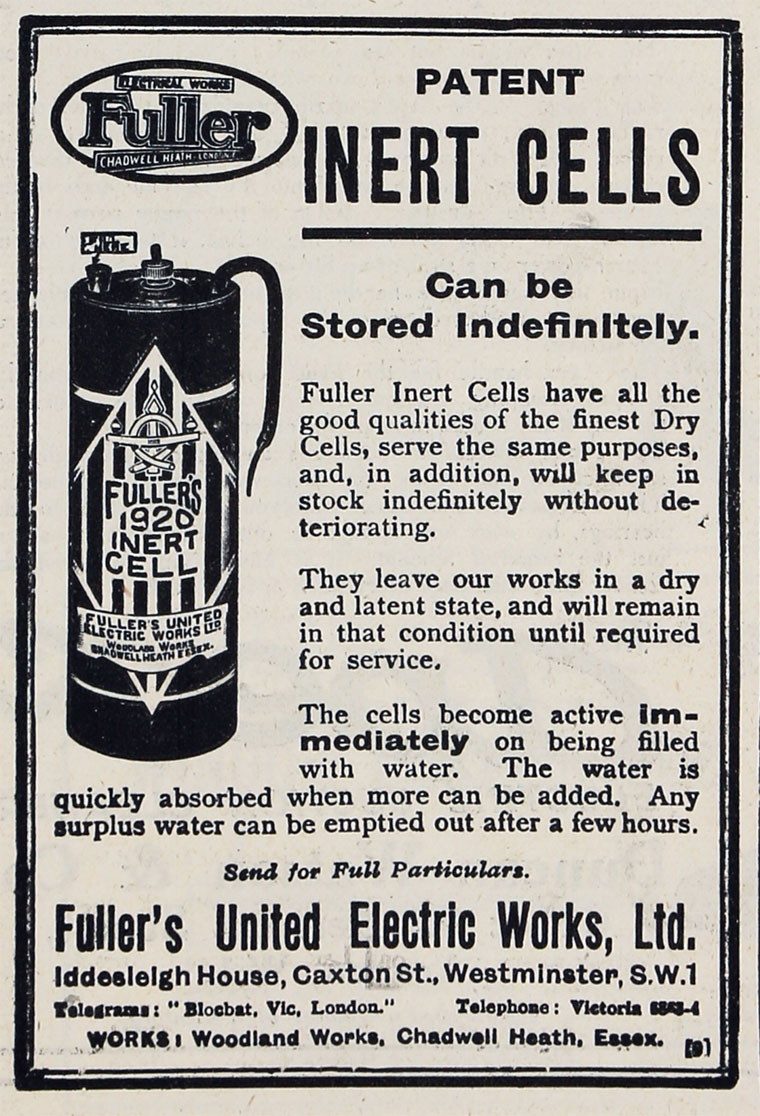 1919 The 4 companies John C. Fuller and Son, Fuller Accumulator Co, Fuller's Wire and Cable Co, and Fuller's Carbon and Electrical Co were brought together again in a public company Fuller's United Electric Works Ltd, making primary batteries and accumulators of all types from hand lamps to large units for town lighting, electric cables and carbons, all at the Chadwell Heath site where a purpose-designed factory had been built. George Fuller was chairman and managing director[1]

1923 The company had to be reconstructed

1924 Business was of Chadwell Heath, Essex, had taken new premises in connection with its Bristol depot of 22, Temple-street.[5] They also moved their Manchester depot to larger premises at 19, Chapel Walks, Cross-street.[6]

1926 Received an order to supply 736 of its TG13 type train-lighting cells, each of 180 ampere-hour capacity, to the Bombay, Baroda and Central India Railway.

1926 Received a further order for 1346 TG13 type train lighting cells, each of 180 ampere-hour capacity for the Bombay, Baroda and Central India Railway, these cells being additional to 736 in hand for that railway at the present time.[8]

1926 The Accumulator Manufacturers Association established a new company Fuller Accumulator Co (1926) Ltd to carry on the manufacture of the accumulator and to purchase the interests of Fuller United Electric Works Ltd which was in liquidation[9].

The Accumulator Works Department of the company was acquired by Mr. E. W. Sudlow, late secretary of the company, Mr. A. P. Welch, late chief technical engineer, and Mr. H. F. Wynn, late general sales manager. The wire cable department or the company was sold, and in future was run on a larger scale than in the past. Sir John Munn continued to act for the present as receiver and manager in connection with the ebonite and carbon black departments of the late economy.[10]