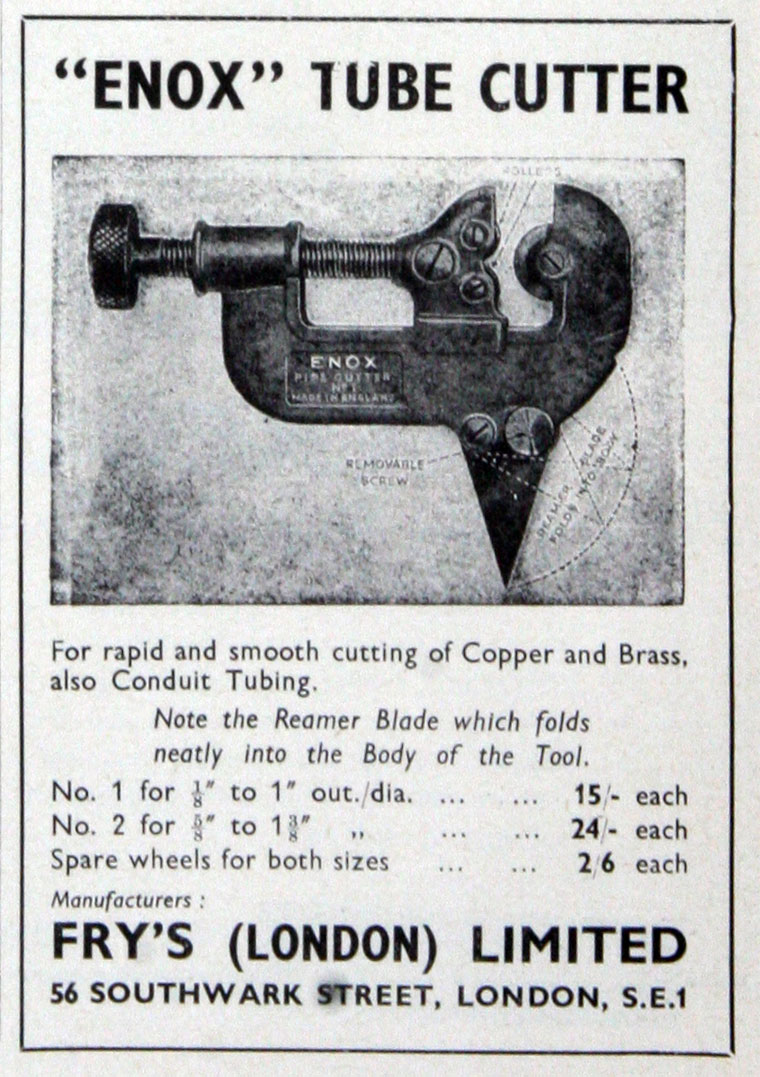 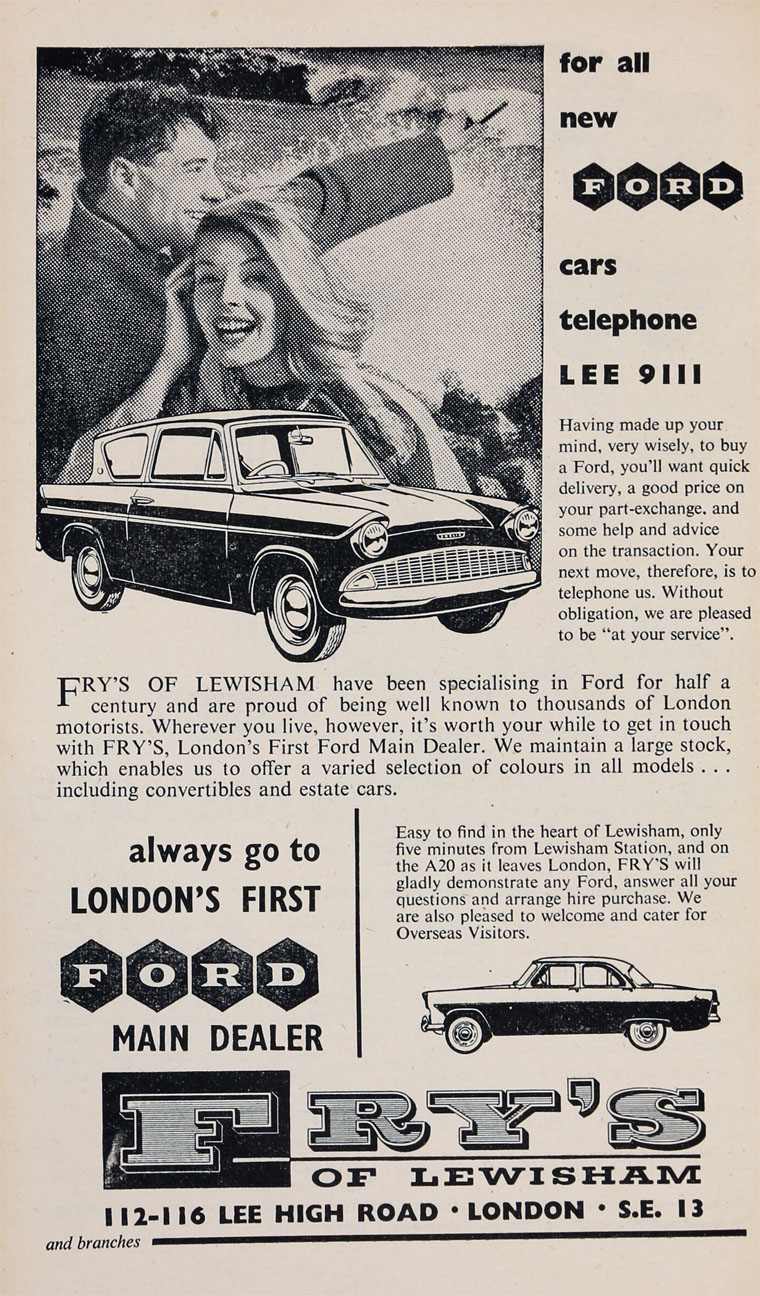 1923 Developed a sample of a new type of hack saw blade which had been specially produced for cutting tramway and railway metals. The peculiarity of the saw lay in the arrangement of the teeth, which faced in opposite directions in groups of four, so that they cut in either direction. The makers claimed that the saw will go on cutting even when the points of the teeth are blunt. The saw, which was British made, was stocked in lengths of 12 in., 14 in., and 16 in. by 18 and 16 gauge thickness.[1]

1924 "A new type of belt fastener, which has just been brought out by Frys, Limited, of 46, Upper Thames-street., London, E. C. 4, consists of a single piece. It has two openings into which the ends of the belt are pushed, and the contour of the openings is such that the belt is bent backwards slightly when under tension, while their edges are serrated so as to increase the grip of the fastener. All that is necessary to remove the fastener is to bend the belt back, when the teeth will release their grip. It has the advantage that quite short pieces can be out off the end of the belt in taking up slack, while the fastener can be used several times."[3]

1968 Developed electron beam welding device, ahead of its international competitors[8]

1969 Acquired Baldwins and Masons, which added a Midlands company to Fry's range of UK representatives[9]