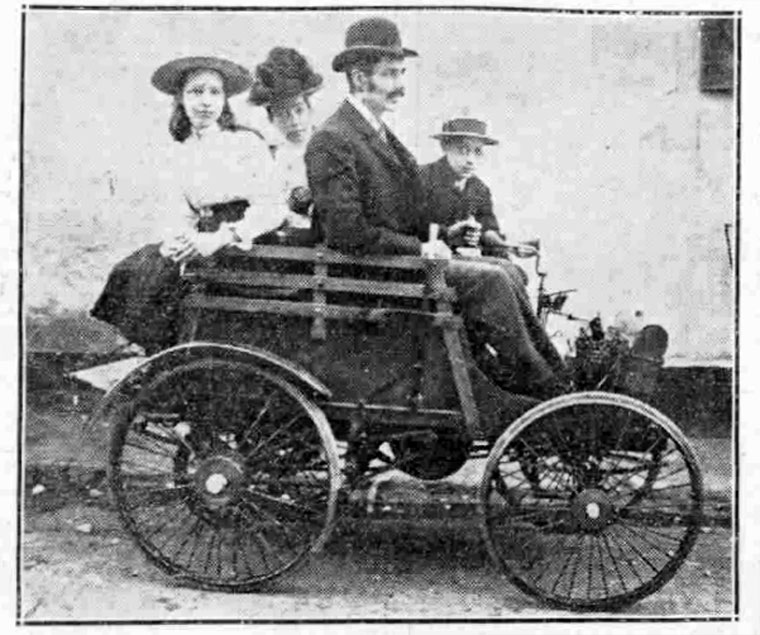 1888 Patent application 1,307 by Epaphras Seage, Frederick Seage and Frederick Treeby Reid for 'Fasteners for printer's tapes and other purposes'.

1900 December. Electric car fire. 'Just before 5 o'clock last evening a fire was discovered in Longbrook-terrace, Exeter, adjoining those occupied by R. M. Flint. Mr. Reid, watchmaker, of Sidwell-street, had on the premises a motor car constructed by himself. The vehicle is driven by electricity and had been recently charged. some means the car ignited, the result being that the flames quickly ignited the roof. An alarm was raised, and the Exeter Brigade were promptly on the spot and extinguished the flames. The car is almost useless and the damage done to it is between £150 and £200. The damage to the premises is estimated at £10.'[2]

1901 'Patents were applied for by Frederick Treeby Reid and William Shepperd, Exeter, improved electric generator for use on motor-cars and other engines, and speed gear for starting same'[4]

1904 Advertises as a Watch and Chronometer Maker and selling jewellery (of 177 Sidwell Street, Exeter).[5]

Car That Did-6 m.p.h. Uphill!! Practically Home Made. Total Weight 6.5 cwt. The accompanying reproduction is from an actual photograph car owned and driven by Mr. F. T. Reid in Exeter in 1898—99, and will be of interest to our readers. This car was built by Mr. Reid, whose business was that of watchmaker and jeweller, and consequently the equipment at his disposal was somewhat inadequate, his largest lathe being a 4 1/2in. gap-bed screw-cutting.

Practically Home-Made. With the exception of the chain, springs and back axle, practically ail the other parts were home-made, the sparking plugs being made from a barometer tube with a copper wire running through and sealed at its outer end. The coil, battery and electrical arrangements were necessarily of equally crude material. The horse power the car developed was never actually determined, but it was capable of carrying four adults around Exeter and district. The approximate speed up hill would be 6 m.p.h. and an average speed of 12 m.p.h could be maintained on the level. The total weight of the car, including 6 1/2 gallons of water and three gallons of petrol, was 6 1/2cwt.

A Lengthy Business. Notwithstanding this swift method of transport, it took some considerable time cover a distance of, say, twenty miles, as the car had to call a halt whilst the driver of practically every horse-drawn vehicle alighted and led his horse past. This was often a very lengthy procedure. But our roads were not as congested in 1898 as they are to-day.

In the early part of the present century Mr. Reid was closely connected with the well-known motor business now styled Reid and Lee, of New North-road, Exeter, but formerly carried on by his elder son, Mr. W. H. Reid (now deceased) and his son-in-law, Mr. K. H. Evans.