Grace's Guide is the leading source of historical information on industry and manufacturing in Britain. This web publication contains 142,092 pages of information and 227,779 images on early companies, their products and the people who designed and built them. 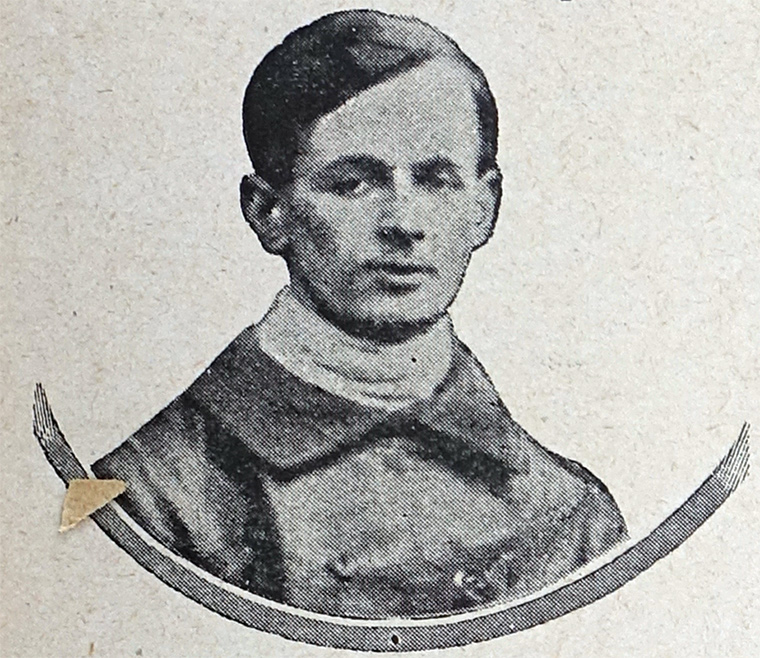 Frederick James 'Frank' Walker (1876 - 19 May 1914) Kingstown, County Dublin, Ireland was an Irish motorcycle racer who competed and died at the Isle of Man TT races.

A hat manufacturer by trade

1914 Third place in the Isle of Man TT race (junior class) on a Royal Enfield. After leading on the first lap, Walker suffered tyre problems and eventually dropped to sixth place. After regaining third place by lap 5, Walker ran wide into a ditch at Hillberry and was thrown over the handle-bars. After recovering his motorcycle, Walker continued on the last lap but fell at Willaston Corner on Ballanard Road after locking both wheels under braking. Again managing to continue, on the short distance to the finish his view of the finish-line was obscured by spectators who had spilled onto the road to watch the competitors cross the finish-line. Passing the judges-box at the finish-line, Walker continued at full racing speed through St. Ninians Crossroads and collided with a wooden barrier across Ballaquayle Road, was thrown from his motorcycle and taken to hospital where he died of his injuries. Later, Walker was posthumously declared third-place finisher by the ACU race committee in the Junior TT race won by Eric Williams.

AT the conclusion of the race for the Junior Trophy, it will be recollected that F. J. Walker, of Dublin, who finished third on his Enfield, instead of turning to the right to reach the paddock after passing the timekeeper’s box, dashed straight on down the road to Douglas. This road was closed by a barrier to keep back the crowds, and into this poor Walker crashed, and was thrown heavily.

He was removed to Noble’s Hospital, Douglas, in an unconscious condition, from which he never rallied till he passed peacefully away early on Sunday morning last. On Thursday, May 21st, an operation was performed to remove a piece of bone from his fractured skull which was pressing on the brain, and after the operation high hopes were entertained of his recovery. Indeed, on the Thursday night, during the presentation of the trophies at the Palace, Mr. Loughborough, in answer to an enquiry from someone in the audience, said that he was glad to be able to report that Walker was going on as well as could possibly be expected. General relief was felt at the statement, but the hopes so raised have been dashed to the ground by the hand of Death.

This was his first appearance in the Isle of Man races, though he had for some years been a prominent rider in Irish reliability trials, and was a former secretary of the Dublin and District M.C.C.

A pathetic feature of the tragedy is that Walker can never even have known how well he came through the race, nor can it ever be definitely established how the accident happened to occur. Thus has the shadow of death descended once more on these races, and to all relations and friends of the deceased rider we extend our heartfelt sympathy.

Although Walker was a newcomer to road racing he was no stranger to high speed riding, for he was a constant competitor at the speed trials of the Dublin M.C.C. at Portmarnock, and last year was placed no less than nine times in races.