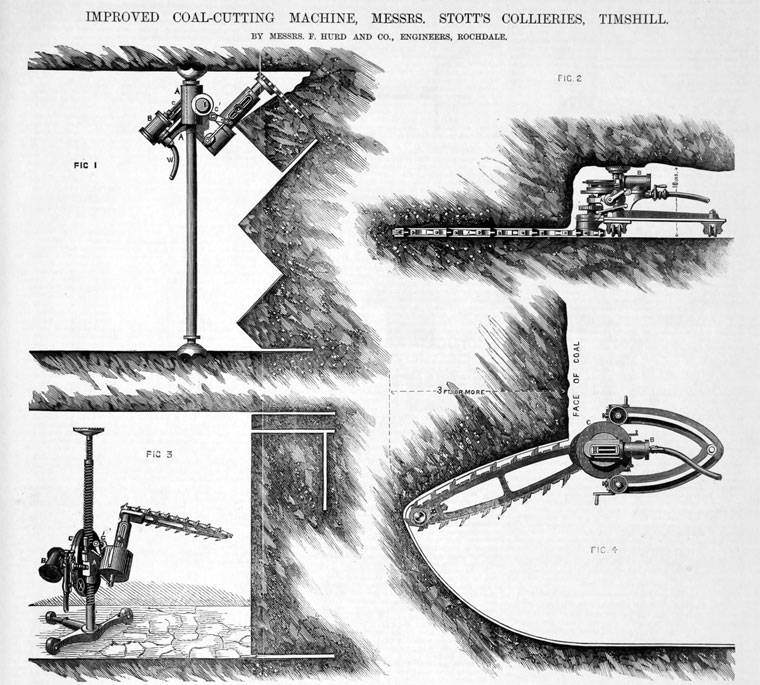 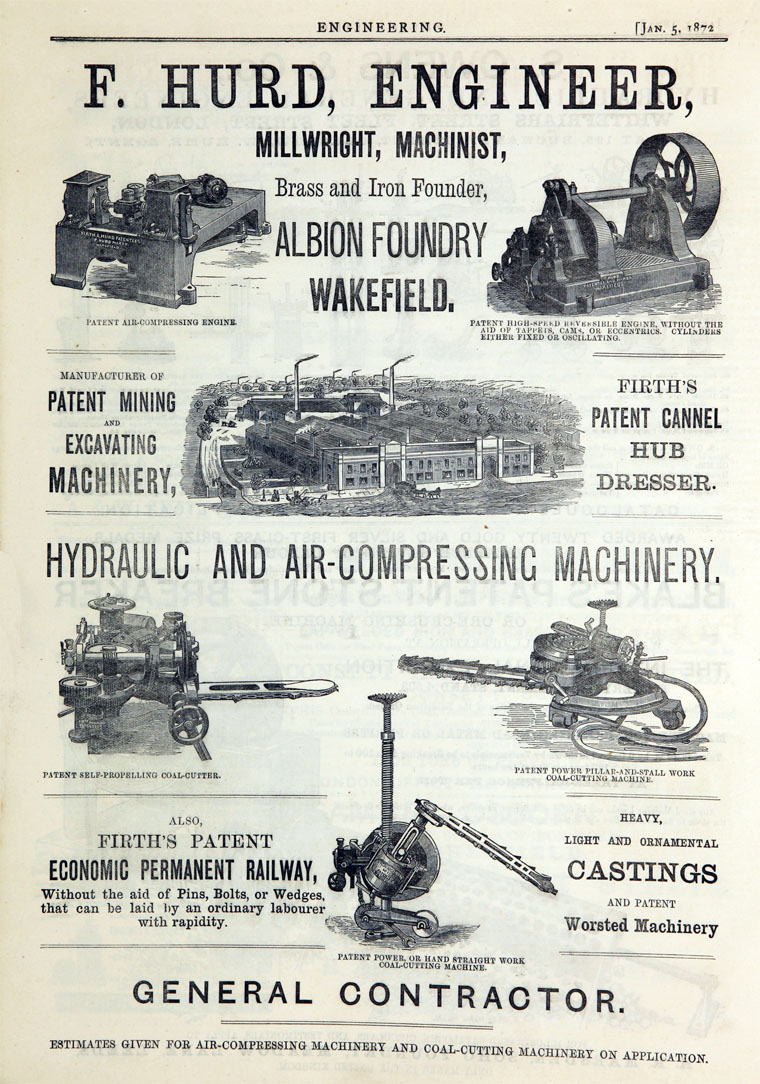 1869 Coal cutting machinery of the 'chain saw' type described and illustrated in Engineering.[1]

1870 March. Advert. 'ALBION FOUNDRY, WAKEFIELD, March 19th, 1870. I beg to Inform you that the PARTNERSHIP hitherto existing under the title of "Messrs. F. Hurd and Co., Engineers, Rochdale." having been DISS0LVED. I have REMOVED to WAKEFIELD, and have succeeded to the Business of Messrs. Milner and Sons, ALBION FOUNDRY, where every description of Millwright, Brass, and Iron Work will be executed, and where also the manufacture of my Patent Mining and Excavating Machinery will be carried on. - yours respectfully, F. HURD.'[2]