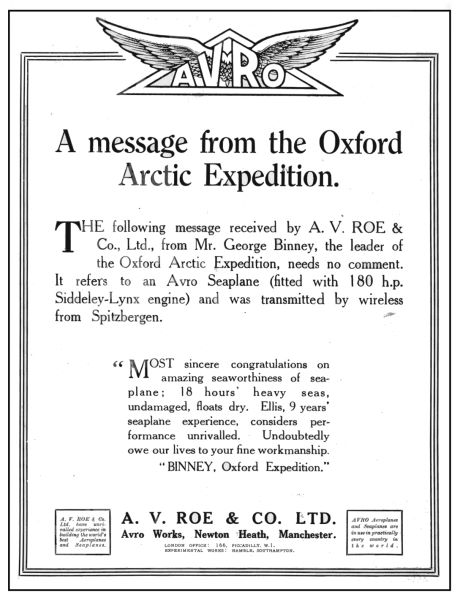 Sir Frederick George Binney (DSO) (23 September 1900–1972) was a noted arctic explorer and Royal Naval Reserve commander. During World War II, he led or was involved in efforts, including Operation Rubble, to procure supplies of Swedish ball bearings for Britain.

He was a pioneer in the use of seaplanes for Arctic survey work and wrote up this experience in his 1925 book With Seaplane and Sledge in the Arctic. The Avro 504 seaplane used was supplied by A. V. Roe and Co., Ltd. and its 180-h.p. Lynx air-cooled engine provided by Armstrong-Siddeley. He was awarded the Royal Geographical Society's Back Award in 1927.