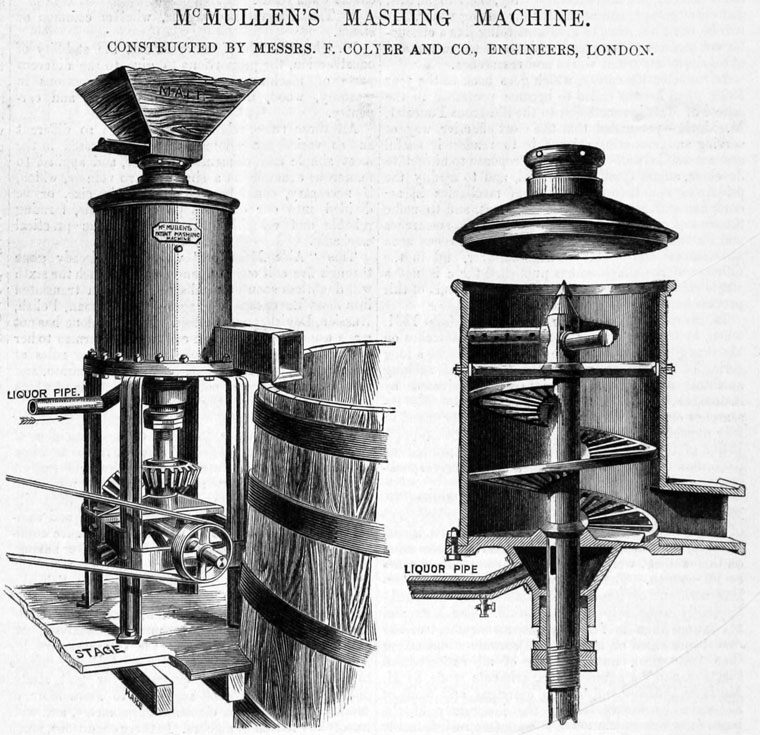 FREDERICK COLYER was born in London on 26th June 1833.

As a young man he was connected with gas and water undertakings, and later became a partner in the firm of George Waller and Co., engineers, of Southwark.

In 1880 he started in practice in Westminster, as a brewers' consulting engineer, under the style of Scamell and Colyer, and from his designs the following breweries were erected: Stretton Bros., Derby; Peter Walker's Trustees, Burton-on-Trent; Royal Oak Brewery, Croydon; Dudney and Son, Portslade; John Smith, Tadcaster; and additions to the City of London Brewery.

He was the author of many books on engineering subjects, among which may be mentioned "Breweries and Maltings" (in conjunction with George Seamen), "Pumps and Pumping Machinery," "Gasworks Construction," "Modern Steam-Engines and Boilers," "Hydraulic, Steam, and Hand-power Lifting and Pressing Machinery," "Public Institutions, their Arrangement and Plant."

His death took place at Hyde, Isle of Wight, on 2nd December 1914, in his eighty-second year.

He gained his early experience in connection with gas and water undertakings, and later was a partner in the firm of George Waller and Company, engineers, of Southwark.

In 1880 he started practice in Westminster in conjunction with Mr. G. Scamell, and was especially associated with the design and construction of breweries at Derby, Burton-on-Trent, Croydon, Portslade, Tadcaster, and other places. He was also the author of a number of works on technical subjects.

Mr. Colyer was elected an Associate of the Institution on the 24th May, 1870, and was transferred to the class of Members on the 27th March, 1877.