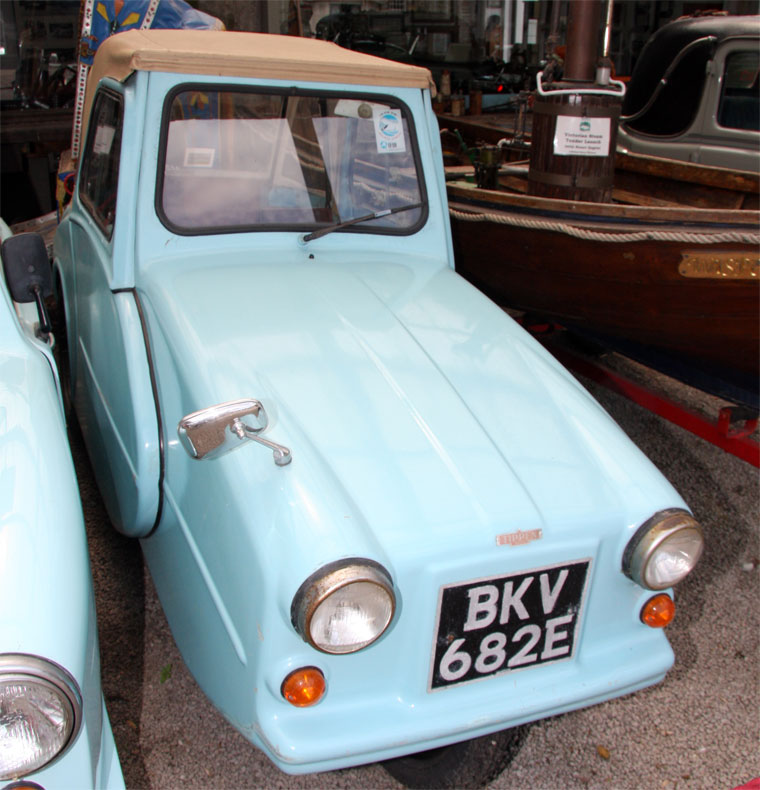 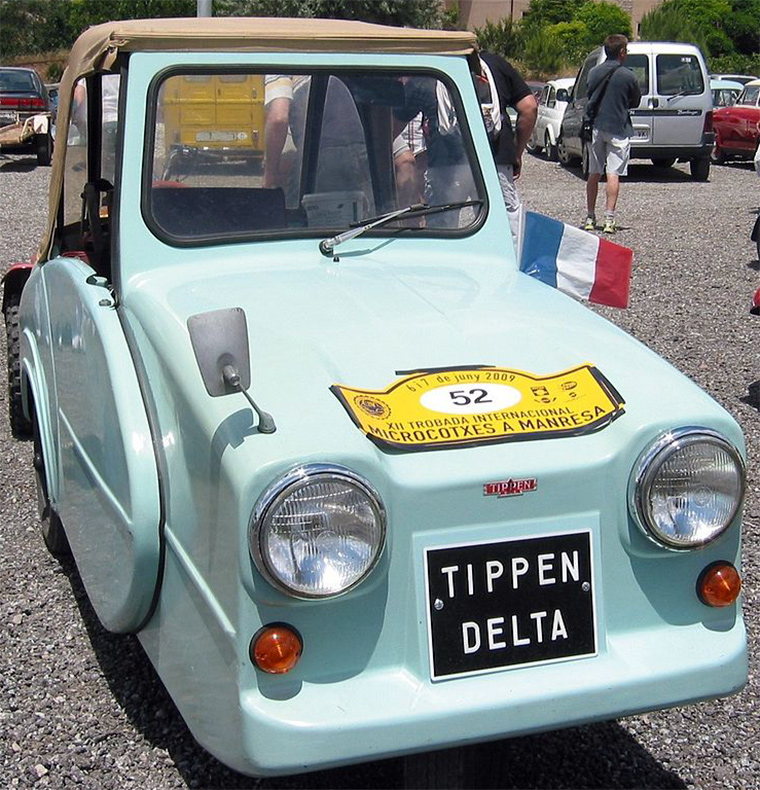 1948 Developed the invalid car. These were tricycles with a single front wheel. The first model was an open vehicle with a single cylinder engine from Villiers with a displacement of 147cc drove one of the rear wheels. The transmission had three gears.

1956 The Delta model appeared with a sliding door on the left side that could be pushed forward and a hood. A Villiers engine with a displacement of 197cc powered the vehicle. The transmission had four gears.

1968 News item with image. 'Welded Frames top 8,000. Another frame almost ready for assembly in Coventry into a motorised invalid tricycle. Eight thousand have now been made by the welder and his mates. The frames are fabricated by Accles and Pollock Ltd., of Watley. and delivered to Frank Tippen and Sons Ltd., in Coventry. Tippens, one of the leading suppliers for both home and overseas markets, build the invalid vehicles at their Walsgrave works.[2]

Note: Tippen was not the only company to be contracted to produce three-wheeled vehicles for disabled drivers. Others included R. A. Harding, G. H. Dingwall and Son (Engineers), AC Cars, W. and F. Barrett, Thundersley, Coventry Climax and Invacar. ‘Invacar’ eventually became the generic name by which all three-wheeled invalid carriages came to be known".