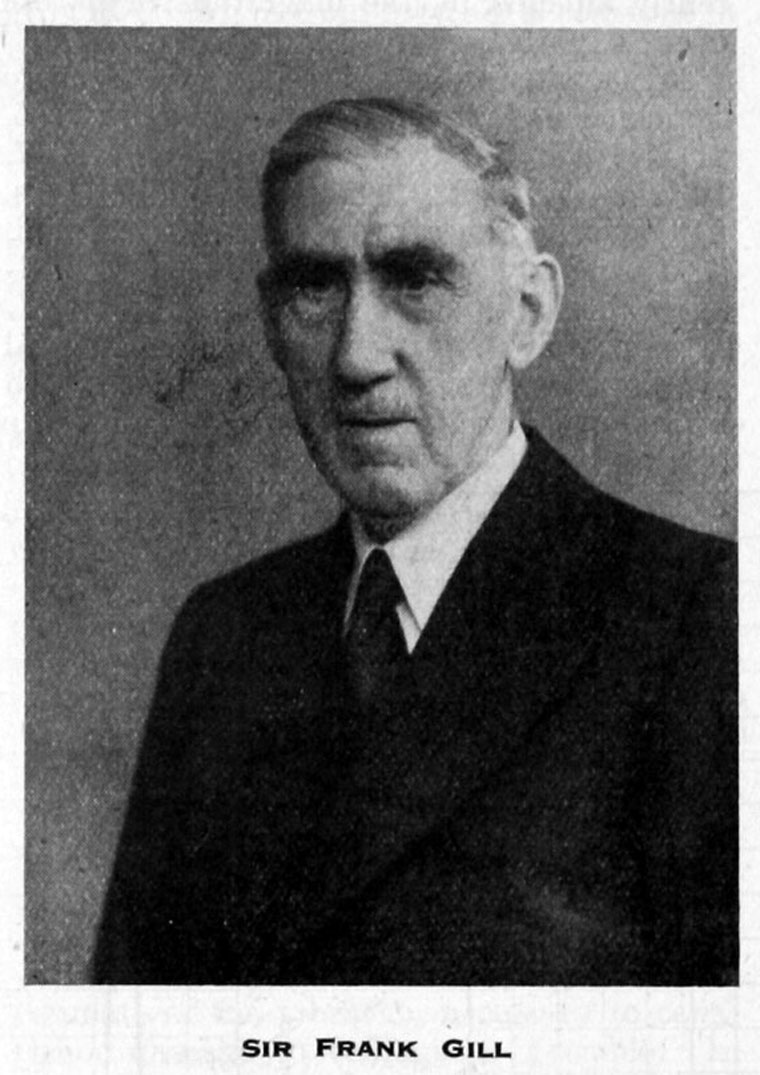 "...Frank Gill was born on October 4, 1866, at Castletown, Isle of Man. During his technical education he came under the influence of Professor Ayrton at the Finsbury Technical College, Sir Oliver Lodge at Liverpool University, and Sir Ambrose Fleming at the University College, London...[more]"

He was educated at private schools and received his scientific training at the Finsbury Technical College, the Royal College of Science, Dublin, and University College, London.

In 1890 he was appointed chief electrician for the Liverpool district of the National Telephone Company, and later District Manager at Blackburn and at Dublin, where he became provincial superintendent for Ireland. Prom 1902 he was Engineer-in-chief of the Company until it was incorporated in the Post Office telephone system in 1912. Between 1912 and 1919 he practised as a consulting engineer.

During the latter part of the first world war he served, first as Assistant Controller and later as Controller of the Central Stores Department of the Ministry of Munitions. In 1919 he was appointed European general manager of the International Western Electric Company, and in 1925 of the International Standard Electrical Corporation, of which he became Vice-President in charge of operations of the National Telephone Company of Spain.

He represented the Institution of Electrical Engineers at the World Power Conference at Tokyo in 1929. In 1934 he became Vice- President-in-charge of the Shanghai Telephone Company, for the reconstruction of its system....[more]