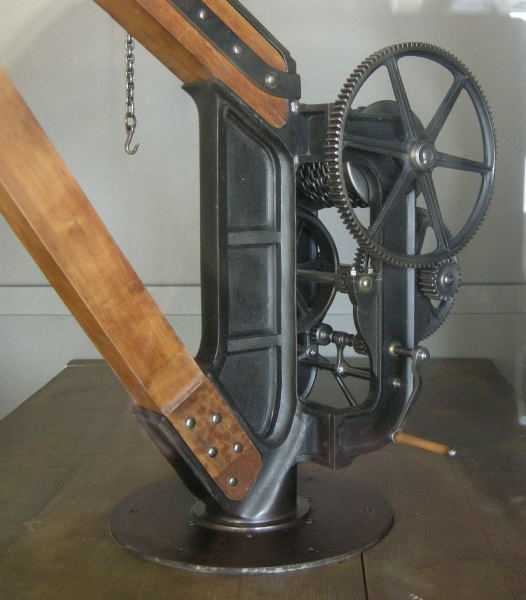 He was born on 12 September 1794 to poor agricultural labourers. After military service, he went to work for John Collier at the rue Richer in Paris. He then became a foreman in a spinning mill in the Clignancourt, where he designed an oscillating engine to replace an existing steam engine. In 1828 he built the machinery for the cross-channel steamer Courrier, which had feathering paddles.[1]

The Musée des arts et métiers have on display a scale model of a Cavé 20 tonne crane ordered by a British railway contractor for the compagnie de chemin de fer du Paris-Orléans. The model was made c.1841 by Pierre Clair.[2]