Grace's Guide is the leading source of historical information on industry and manufacturing in Britain. This web publication contains 138,966 pages of information and 225,312 images on early companies, their products and the people who designed and built them. 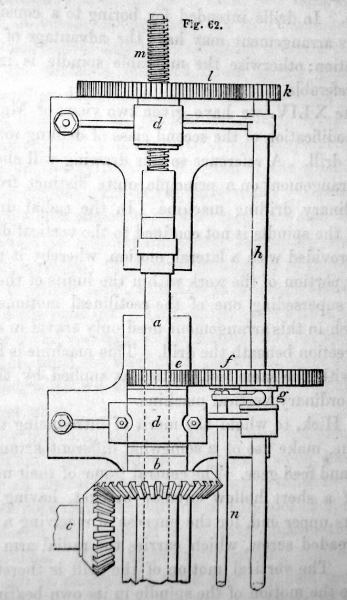 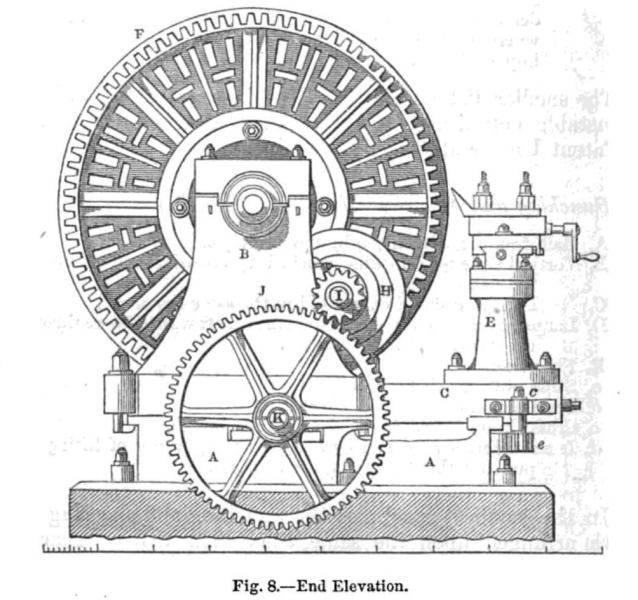 Francis Lewis was one of a number of eminent engineers who established themselves in Manchester in the first half of the 19th century, after working for Henry Maudslay in London. The other notables were George Nasmyth and James Nasmyth, William Fairbairn, Richard Roberts, Joseph Whitworth and William Muir [1]. Lewis travelled to London with Richard Roberts and James Murgatroyd, and after working at Maudslay’s he returned to Manchester in 1816 to work for Roberts [2]

1825 Advertisement for 'Power to be let at Messrs Bateman’s Buildings, Blackfriars Bridge, and may be entered upon the 29th of September next. The rooms are commodious, and may be applied for any purpose where power is required. The engine is new, by Peel and Williams, and 40 HP.... Apply to Mr Francis Lewis, lathe maker, at Messrs Collier and Co's, Greengate, Salford'[3] (almost certainly W. Collier and Co)

1826 Francis Lewis was advertising as a manufacturer of slide and eccentric lathes, gear cutting machines, upright drills and slide rests. [4] Lewis’s address at that time was Bateman’s Buildings. The 1849 OS map [5] shows that 'Bateman's Buildings' were located next to the River Irwell and Blackfriars Bridge, immediately north of Blackfriars Street.

1829 Advert: 'TO CALICO PRINTERS, MACHINE MAKERS, AND OTHERS.
FRANCIS LEWIS, Manufacturer of Engraving Machines, Setting out Machines and Clams, Slide Lathes, Screwing Engines, Cutting Engines for Bevil Spur and Worm, Wheel, Slide rests, Eccentric and Oval Chucks, Upright drills, Roller covering Machines, &c.
N.B. — All kinds of screws made to any length not exceeding 24 feet long. Do. for presses, Rowling Mills, Sugar Mills, &c. Bevil spur and worm wheels cut in wrought Iron, Cast iron, and Brass-Rounding up Cutters for bevil and spur wheels made to order. Dividing plates accurately divided.
F.L. solicits the attention of Calico Printers to the Engraving Machinery, which may be seen at work in various branches, at his Manufactory, Bateman's Buildings, Blackfriars, Manchester

1831 An advertisement in The Sydney Gazette and New South Wales Advertiser of 1 November 1831 offered for sale 'A turning lathe with metal frame, polished metal sheers, double crank, made by F. Lewis, Manchester'.

c.1835 W. Steeds’ A History of Machine Tools 1700 - 1910 includes drawings of two machines made by Francis Lewis: (1) A gear cutting machine, c.1835, using a milling cutter on a horizontal spindle. Steeds states that Lewis built machines about that time able to cut wheels up to about 12 ft diameter, but suggests that only small face widths could be cut; (2) A slotting machine made by Francis Lewis before 1841.

1841 In Practical Essays on Mill Work and other Machinery by Robertson Buchanan, 1841, the writer describes a large lathe built by Lewis that could turn up to 7 ft diameter. It had a tapered spindle bearing. He also describes other machines by Lewis - a vertical drilling and boring machine, a wheel cutting machine that could deal with spur, bevel, and worm wheels, and a foot-powered lathe whose tool post could be rotated by a worm and wheel arrangement for spherical turning.

The firm supplied a lathe to the Royal Dockyard at Woolwich for turning ships' propellers up to 18 ft dia. The faceplate was approx 7 ft dia., and a larger swing was accommodated by a gap between headstock and bed. The lathe was described in an 1858 book[8], but unfortunately the accompanying illustration seems not to relate to this lathe.

1841 Lewis had moved his works to 17 Stanley Street, Salford. He lived at 63 Great Jackson Street, Hulme. It is perhaps worth noting the names of some of his neighbours, shown in the 1841 directory: John Glasgow at No. 53 (one of the early manufacturing engineers in the town); John Galloway next door at 55, Francis Lewis at 63, Mrs Mary Galloway at 65, and William Galloway at 69. [9] Francis Lewis, John Galloway and John Glasgow, near neighbours, all had products on display at the 1851 Great Exhibition at Crystal Palace in London. Lewis won an award for his gear cutting engine and for his ‘roving spindle’. He also exhibited a high pressure steam engine to Hodge and Batley’s patent. Note: Presumably the directory was prepared earlier (1840?) as in the 1841 census there is no Lewis at or around that address although the Galloway and Glasgow families are present.

1845 'A Railway Crane. — Messrs. Ellis and Co., iron founders, Stanley street, Salford, have just constructed a crane for the use of the London and Birmingham Railway Company, on an improved principle, occupying a very small space, as compared with the immense power it possesses. Its dimensions and capabilities, &c, are as follow :— lt has a large spur wheel, which is 7 feet 10 inches in diameter, with a 15-inch pinion ; the smaller spur wheel is 5 feet 9 inches in diameter ; the foundation plate is 11 feet in diameter, the height of the jib is 20 feet, with a radius of 20 feet ; the jib is of the best English oak ; the centre pillar is 23 feet in length, and 2 feet 6 inches in diameter ; the total weight of the crane is 25 cwt. It has been tested, and has borne 25 tons with the greatest ease. Indeed, Messrs. Ellis and Co. say, they have not the slightest doubt that it is quite strong enough to bear the enormous weight of 40 tons. On the whole, this machine has a most massive, substantial, and workmanlike appearance. Messrs. Ellis and Co. forwarded a crane, similar in every respect to this under notice, to Birmingham, a few days ago, whither the one just described will quickly follow it, to be put into active service.' [10]

1849 Surprisingly, given that they were makers of machine tools and textile machinery, the company produced a steam excavator to the patents of William S. Otis. '....the first ever made in this country is that which has just reached completion at the works of Messrs. F. Lewis and Sons, Stanley-street, Salford. The construction of the machine was commenced about four months ago, under an order from Mr. Jay, the eminent contractor in London..... . The cost of the machine just constructed by Messrs Lewis, will be somewhere about £1,000. It will be conveyed to London by water.' [12]

By 1850 ‘& Sons’ (Benjamin and Joseph) had joined the firm, listed as general machine tool makers, and makers of patent spindles to McLardy and Lewis’s patent.

1850 F. Lewis and Sons were producing lathes, planing, shaping, slotting, drilling machines, screwing machines, gear wheel cutting and dividing machines, plate punching, shearing and bending machines, and also spindle grinding machines (presumably what would later be called cylindrical grinders). It lists the occupants of Stanley Street. On the south side were the following businesses: No.5: Samuel Ellis and Co, Engineers; No. 7: John Millers and Company, Marble Masons; No. 15: Veteran Tavern; John & George Coldbeck, Silk Finishers; Francis Lewis & Sons, Tool Makers. [13] These premises can be clearly seen on the 1848 OS map. [14]. Lewis’s premises covered approx 150 ft x 90 ft, with building surrounding an open courtyard. This is consistent with the engraving illustrated in the 1850 advertisement from Slater’s Directory. The factory was immediately adjacent to the River Irwell.

1858 July 6th. The partnership dissolved between Joseph Lewis and Benjamin Lewis trading as engineers, machinists and tool makers under the name of Francis Lewis and Sons carried on at Stanley street.[16][17]

1889 Goad's Insurance Plans Carriers Warehouse Map 204 dated 1889 shows that at that time the site was occupied by F J Abbott as a warehouse for foodstuff. The adjacent buildings, formerly Irwell Mill (silk) appear to have remained more or less as they were in 1848, with the 120 ft chimney, but the northern wing was used as a warehouse while the southern wing was a flour mill

Other Examples of Lewis & Sons' Products