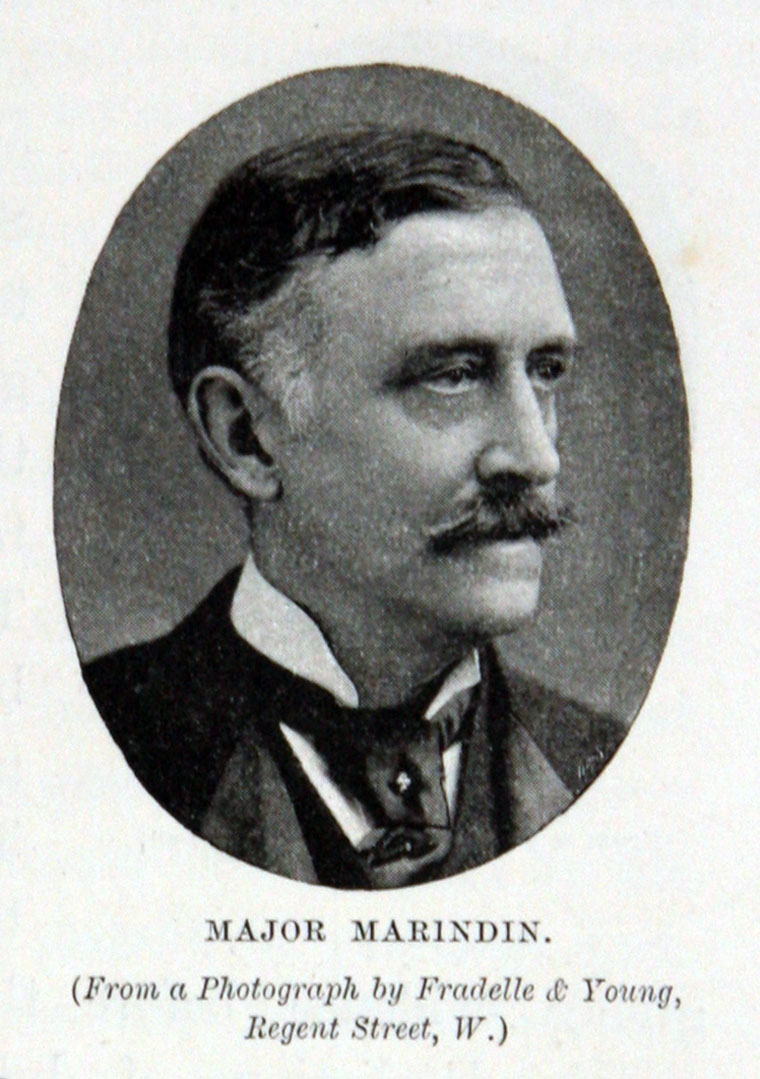 Educated at Eton and the Royal Military Academy, Woolwich.

1877 Joined the Board of Trade

We regret to announce the death of Colonel Sir Francis Arthur Marindin, K.C.M.G., R.E., retired, the Senior Inspecting Officer of Railways to the Board of Trade.

Sir Francis was born at Weymouth in the year 1838.

He was educated at Eton and the Royal Military Academy, Woolwich, and entered the Royal Engineers in 1854. According to the Times, from 1860 to 1863 he was A.D.C. and Private Secretary to Sir William Stevenson, Governor of Mauritius. From 1866 to 1868 he was Adjutant at the Chatham School of Military Engineering, and in 1869 was appointed Brigade Major.

In 1872 he obtained his majority, and, after vacating his staff appointment at Chatham in 1874, he joined the Board of Trade in 1877 as an Inspecting Officer of Railways. Many of our readers will be aware of the duties he performed in this connection. As an Inspecting Officer of Railways it fell to Sir Francis Marindin, in the earlier days of his connection with the Board of Trade, to examine the permanent way, bridges, stations, and signals of many new railways and branch lines, and subsequently to hold inquiries on a number of accidents. As a result of an accident to a goods guard who was crushed to death after being on duty for an excessive time, Major Marindin's report on this incident led to the appointment of a Select Committee of the House of Commons, and to a modification of the conditions of labour on railways.

After the accident at Thirsk, in 1892, Major Marindin declared that it was the duty of all railway companies to adopt some combination of mechanical and electrical appliance which would make such an accident impossible unless the driver deliberately ran past fixed signals. He also urged the engagement of relief signalmen, and the importance of housing the men near their work.

As a recognition of the services rendered by Major Marindin in connection with the Egyptian State Railways, in 1887, he was made a C.M.G., and in 1897 was promoted to the Knighthood of the Order.