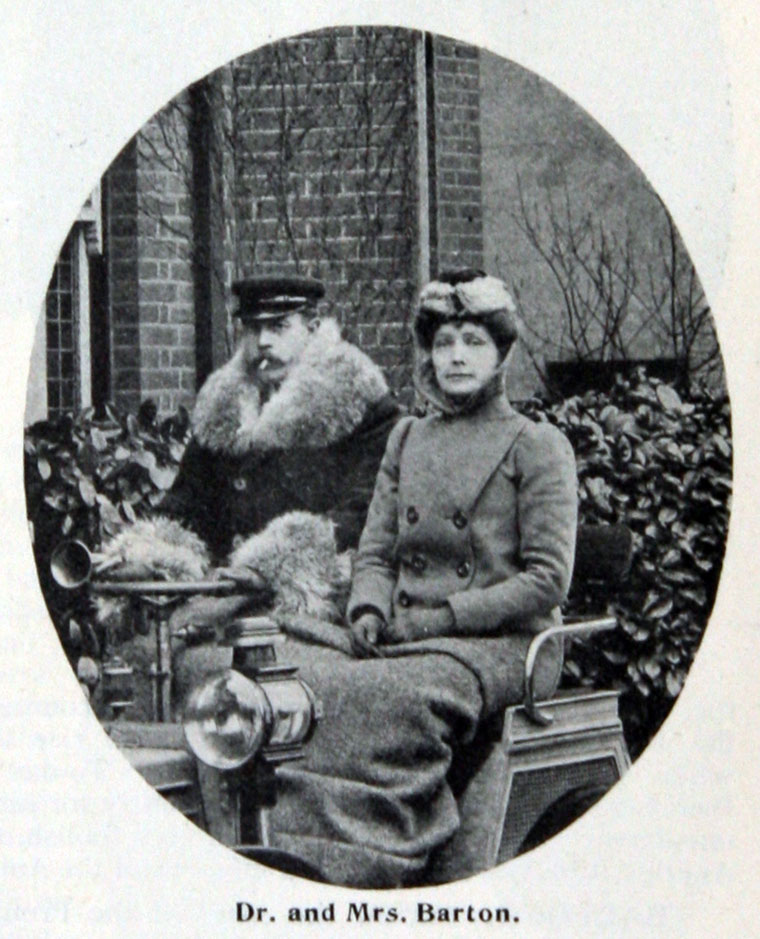 He was a pioneer of airships in England, reportedly beginning experiments with balloons and airships in the 1880s[1]

1901 Founder and president of the Aeronautical Institute and Club

1902 Claimed to be the first man in Great Britain to carry air-mails.

1903 Having secured an order from the War Office to construct an airship suitable for service in warfare he constructed it at the Alexandra Palace. His design involved placing aerofoils in-between the balloon and the car, with propulsion provided by three 50-horsepower Buchet engines. It is hoped that the airship would be able to stay aloft for 48 hours. A 40 ft. model of the airship, with only one aerofoil, and driven by the machinery of an ordinary clock, covered 3.5 miles in twenty-three minutes.

1904 "BARTON, Dr. F. Alexander, Oakwood Avenue, Beckenham, Kent. Is one of the foremost enthusiasts in the aeroplane sphere of aerostatics, and has done much to popularize this highly interesting science. Took an interest in air-ships over twenty years ago, and his first attempt at constructing one resulted in a model almost identical with the machine in which M. Santos Dumont encircled the Eiffel Tower. Is constructing at the Alexandra Palace for the War Office an air-ship suitable for service in warfare. It is the first machine of its kind in which the aeroplanes are placed between the balloon and the car; it is 180 feet long, and will weigh, over all, about 1,000lbs. The propulsive power will be three 50 h.p. Buchet engines, and it is expected that the air-ship will be able to remain in the air for quite forty-eight hours, this being rendered possible by the aeroplanes, which will obviate the necessity of throwing out sand. Dr. Barton is also an ardent motorist." [3]

1904-5 Completed the Barton Airship for the Government.

1908-14 Consulting aeronautical engineer to the City of London

1911 Associate Fellow of the Aeronautical Society.

When unable to continue his experiments owing to financial difficulties and accidents, he went to the South of France and started production of non-alcoholic wines and the preservation of fruit.

Returned to England and established himself in London.

Assistant editor of the Aeronautical Journal.

1925 Moved to Alassio, Italy, because of ill health.