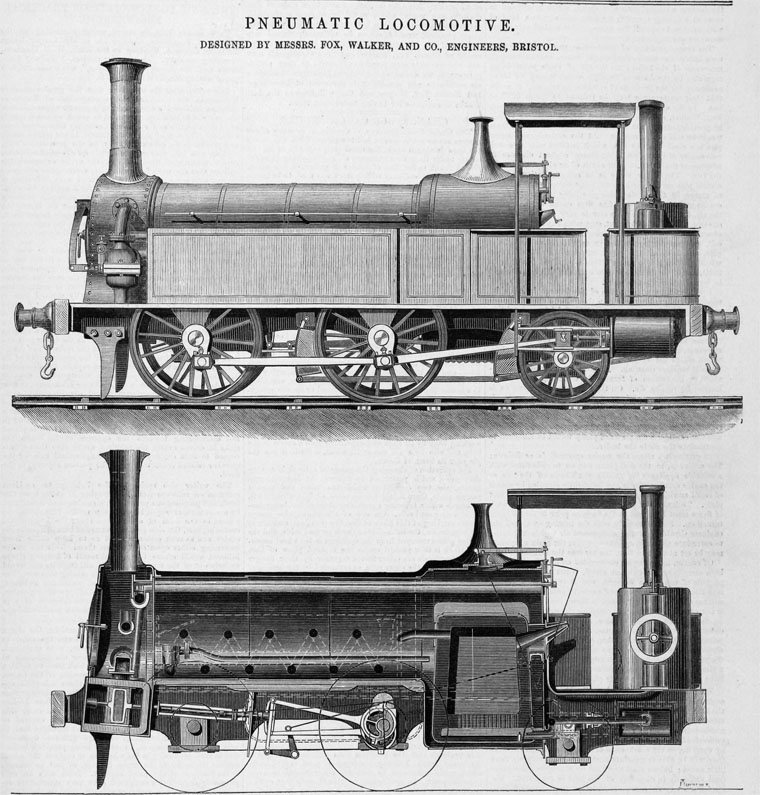 1880 Announcement of the liquidation of the partnership of Francis William Fox and Edwin Walker trading as Fox, Walker and Co at Atlas Engine Works [2]

1881 Company taken over and became Peckett and Sons‎

The journal of the Institution of Locomotive Engineers, Vol XXVII (1937), contains an article "History of the Steam Tram" by Dr Whitcombe, wherein (pp360-361) it states that "Fox Walker and Co of Bristol constructed three classes of Tram Engine with horizontal boilers, but few particulars are known as the records are lost. The first one was built in 1877, having 7in by 10in outside cylinders, 2ft 6in wheels and a 4ft 6in wheelbase. A larger one was made in 1878 with 8in by 12in cylinders, and about the same time several powerful six wheeled engines (2−4−0), with a saddle tank condensing arrangement, were dispatched to Paris and Rouen. The engines appear to have been similar to Hughes’ engines – about a dozen were built; one for Milan and the rest for France."

A photograph is shown of a loco on trial in Bristol in 1877 – it appears very similar in size to that in the photograph reproduced here, but of a different design with square cab ends, very tall chimney, no apparent saddle tank and different panelling on the cab side which could indicate some form of side tanks. No wheels or cylinders are visible due to the side sheets or skirts.

The Institution of Mechanical Engineers held a Summer Meeting in Paris in June 1878 and one of the papers read, on Wednesday 12th June, was entitled "Mechanical Traction on Tramways" by M Anatole Mallet. Pages 411-413 deal with France, and after a lengthy description of the Merryweather locos used by Mr G.P. Harding "from the middle of 1876 until a very recent date", he goes on to say that the "Rouen tramways are worked by engines of the same class, some by Merryweather and others by Fox Walker. They draw on weekdays one tramcar with seats on the roof and three on Sundays, the route being tolerably level." Then follows a reference to the trial of a Brown tramway engine on another Paris line, after which he says "A third type of engine about to be employed in Paris is one built by St Leonard Works at Liege, having three axles, two of them coupled for driving while the third, being only a carrying axle, has play allowed it to facilitate running round curves. The cylinders are outside on the level of the wheels …. This engine is only on trial in Paris; one of the same make is shown in the Exhibition, where also may be seen several other tramway engines."