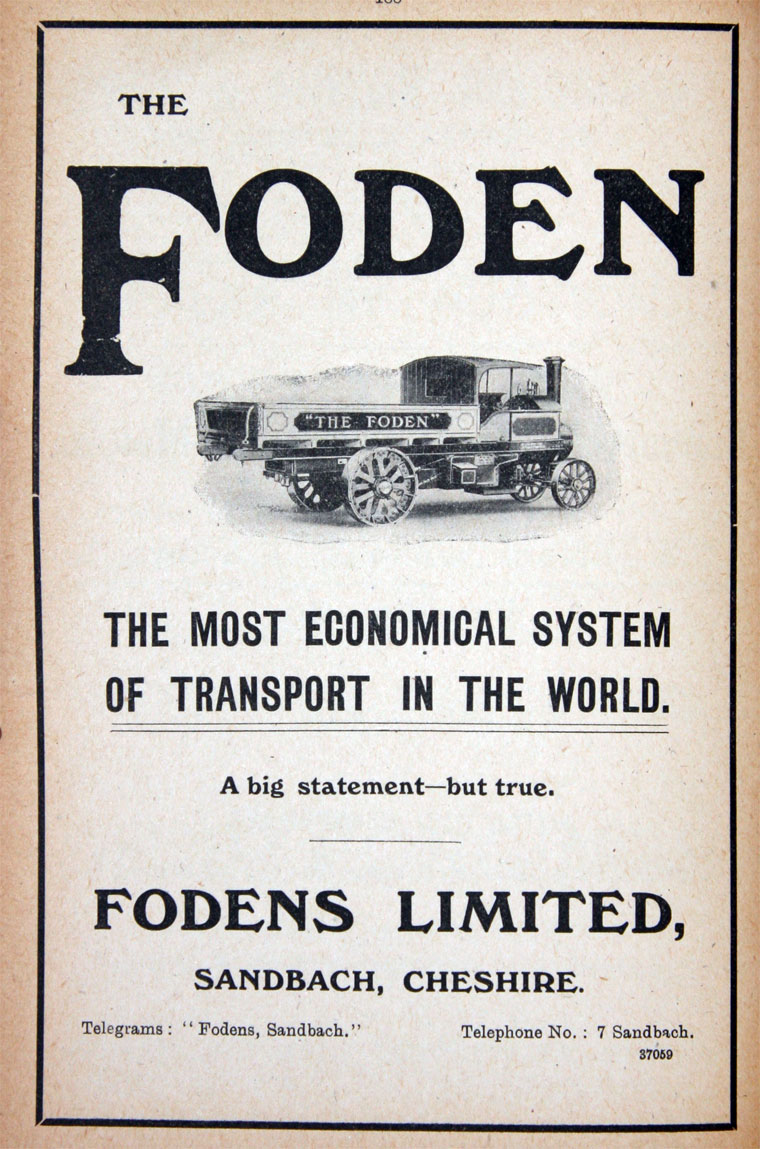 Note: This is a sub-section of Foden.

1882 Foden commenced making traction engines and were in regular production a couple of years later.

1901 December. Details of the steam lorry for military purposes.[1]

1902 Regular production from their Elworth Works, Sandbach where they had taken over the works of Plant and Hancock

1902 November. Details of their steam waggons including tipper.[2]

1920 An improved over-type was introduced