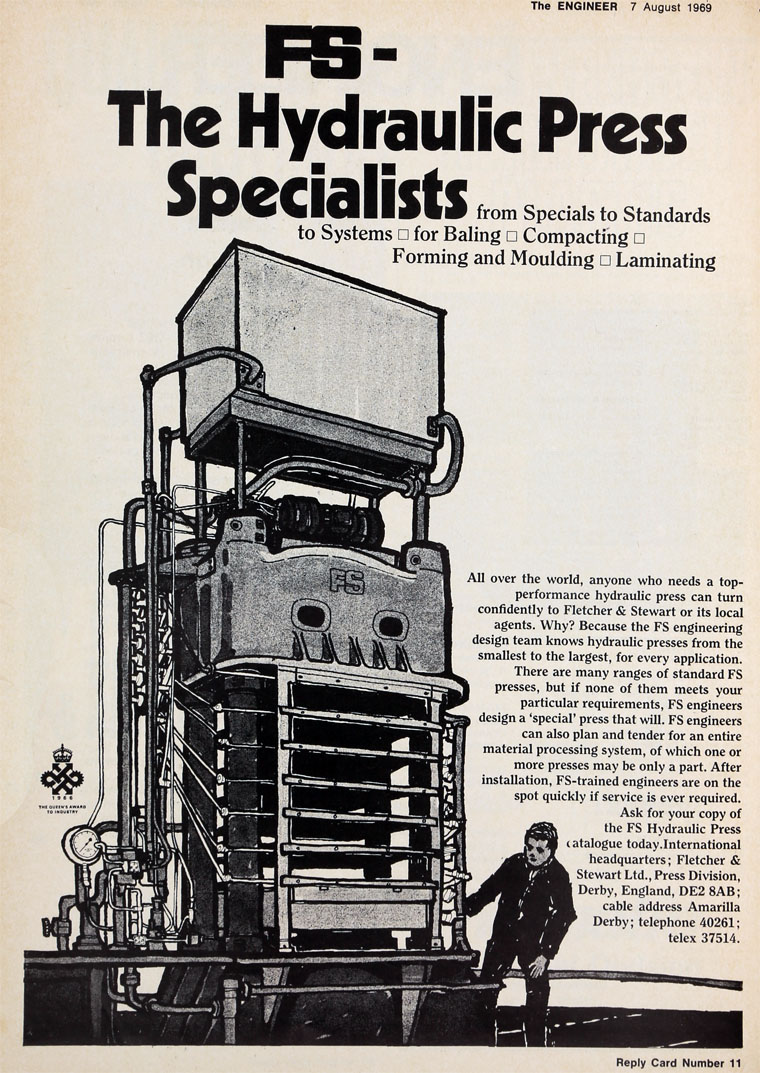 1962 Fletcher and Stewart formed as result of the merger of George Fletcher and Co with Duncan Stewart and Co under the ownership of Booker Bros.

1969 The mining machinery interests of Fletcher and Stewart were merged with those of Richard Sutcliffe and A. G. Wild and Co (owned by Industrial and Commercial Finance Corporation) in a new company Fletcher Sutcliffe Wild, to supply self-advancing powered roof support systems and other mining machinery; it would be majority owned by Booker McConnell[2]

1988 Smith Mirrlees was acquired by Fletcher and Stewart, sugar machine manufacturers of Derby and changed its name to Fletcher Smith in c1990.