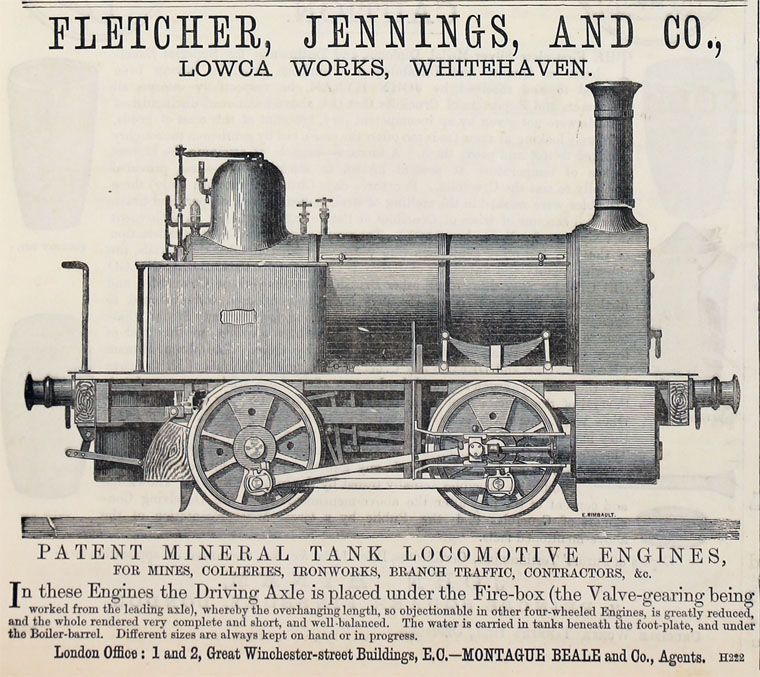 1869.Broad and Narrow Guage Tank Locomotive for the Severn and Wye Railway. 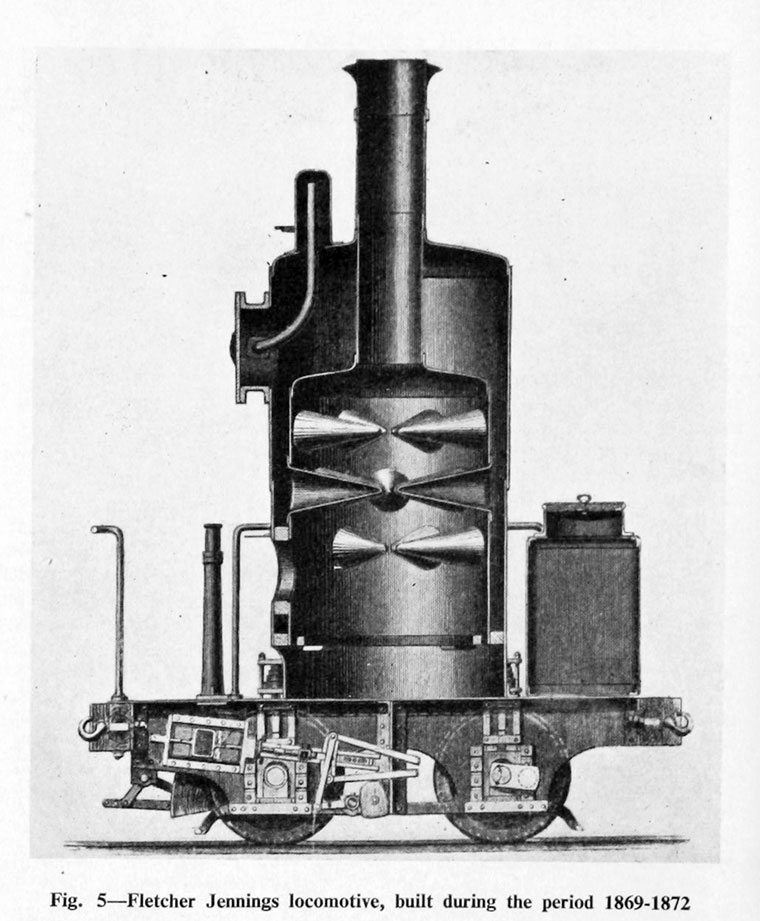 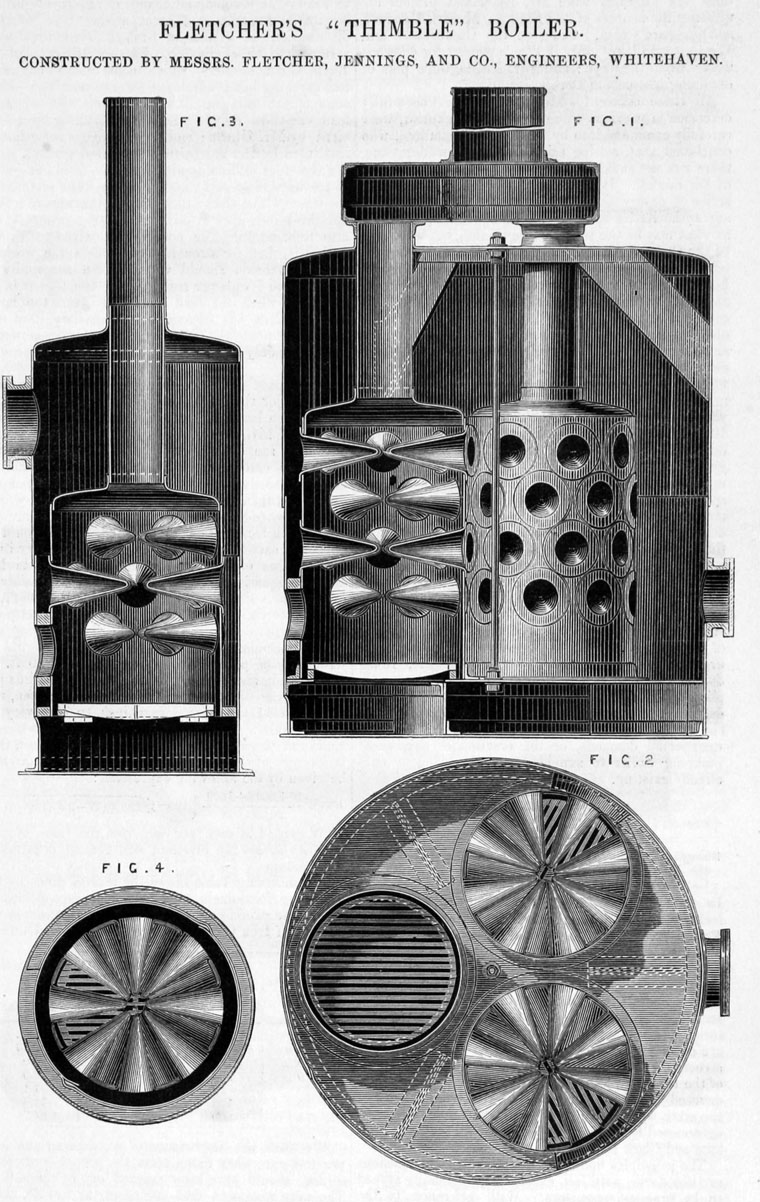 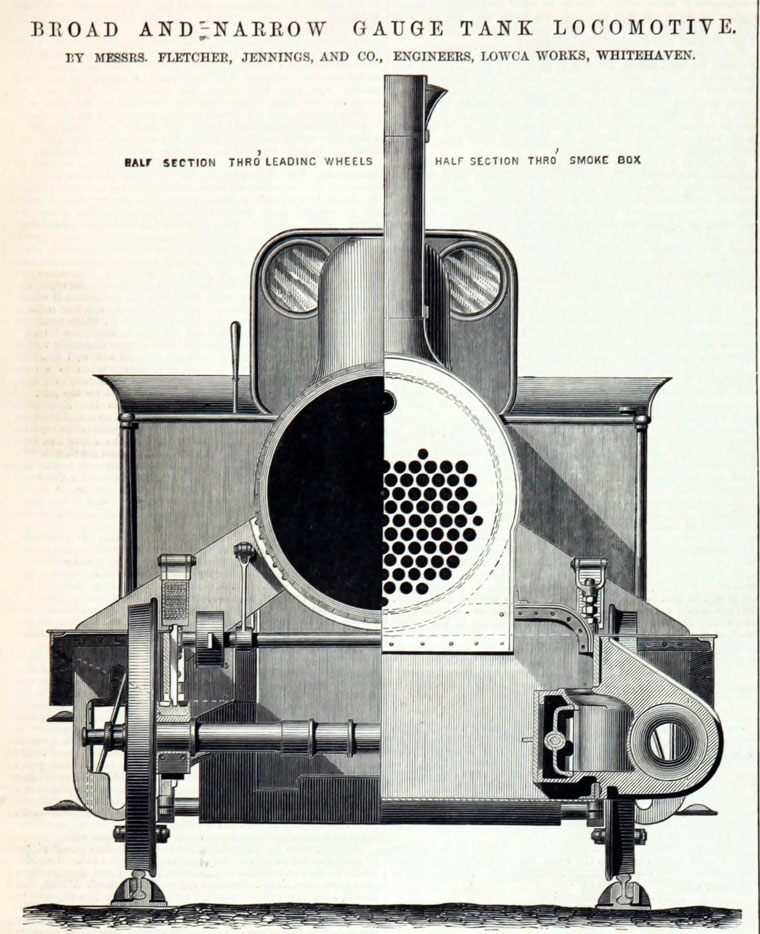 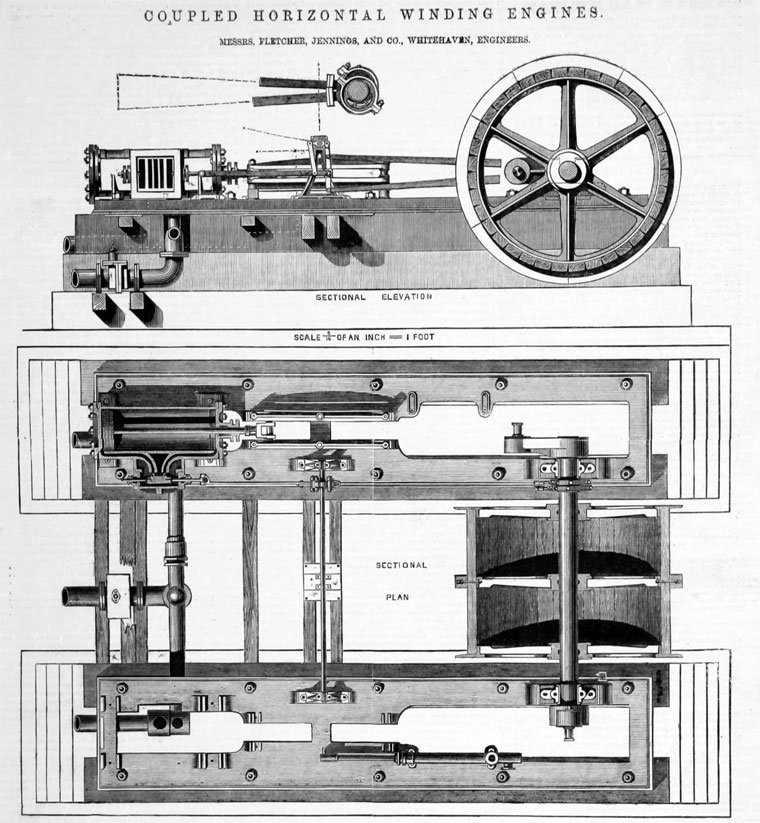 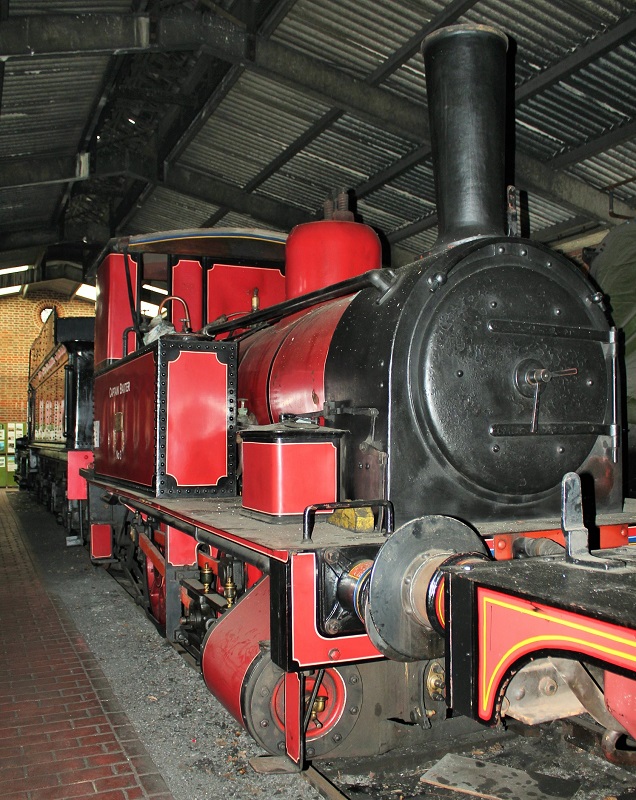 Fletcher, Jennings & Co of Lowca Works, of Lowca, near Whitehaven in Cumberland.

1857 Took over the business of Tulk and Ley. From then, until 1884, the company concentrated on four- and six-coupled industrial tank locomotives.

By 1884 171 locomotives had been built. Henry Allason Fletcher retired. The company acquired limited liability as the Lowca Engineering Co.

1905 The name changed again to the New Lowca Engineering Company Ltd but it was short-lived. Orders had fallen.

1912 After a disastrous fire all production ceased.

1927 The company was finally wound up. The works had produced 245 locomotives including the twenty by Tulk and Ley