Grace's Guide is the leading source of historical information on industry and manufacturing in Britain. This web publication contains 140,241 pages of information and 227,382 images on early companies, their products and the people who designed and built them. 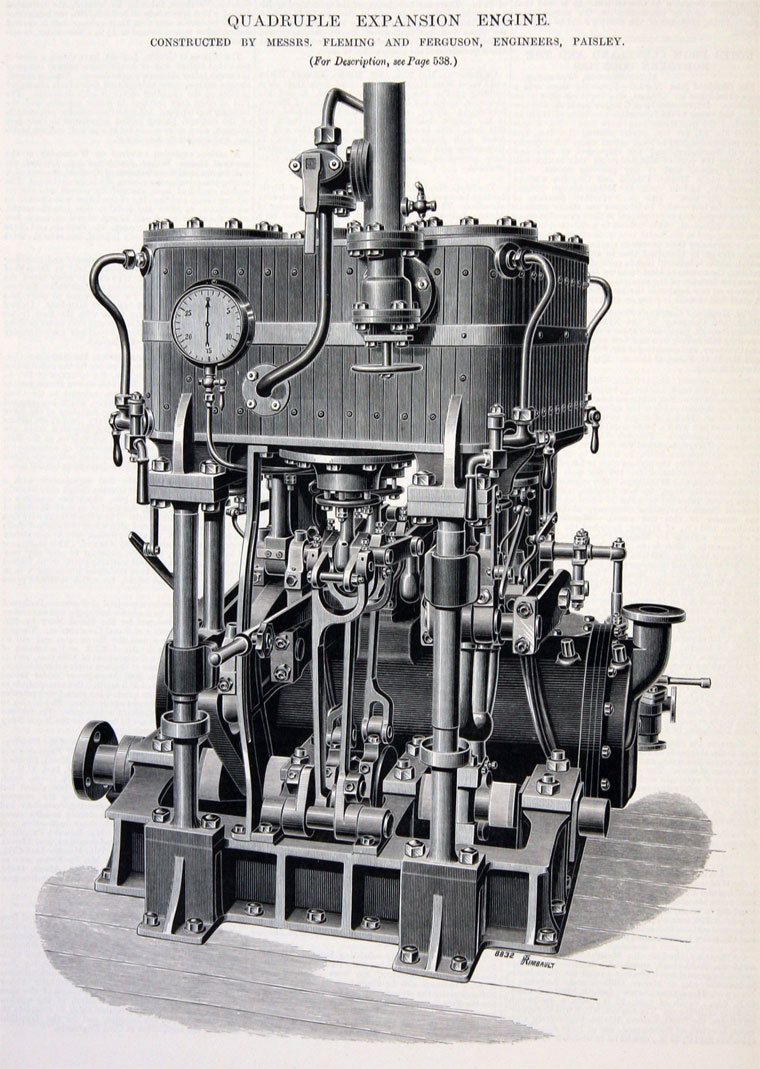 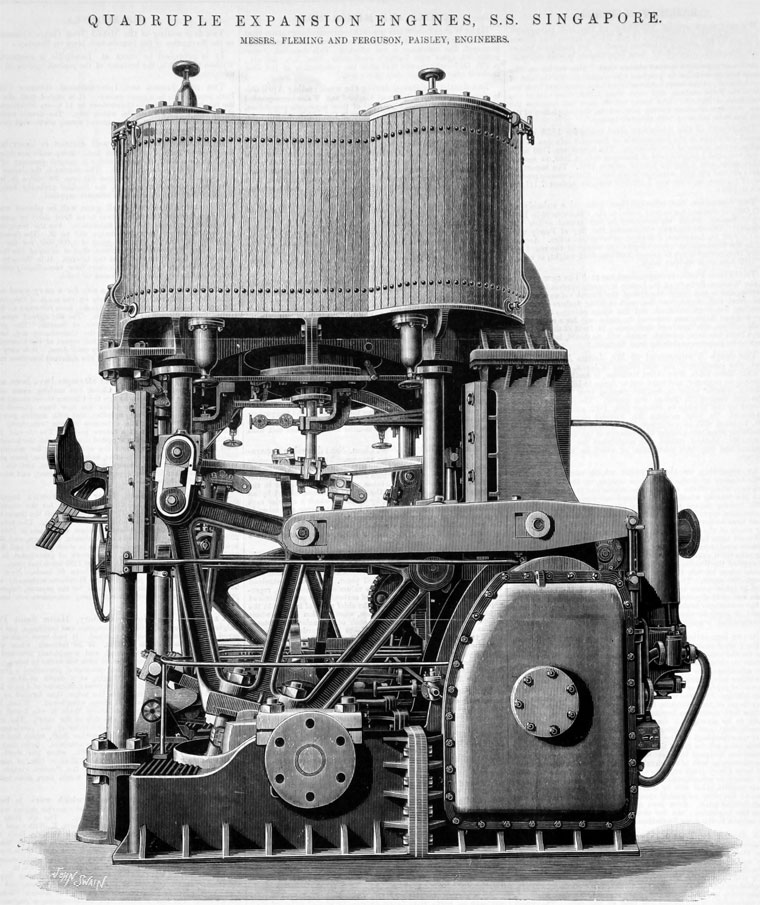 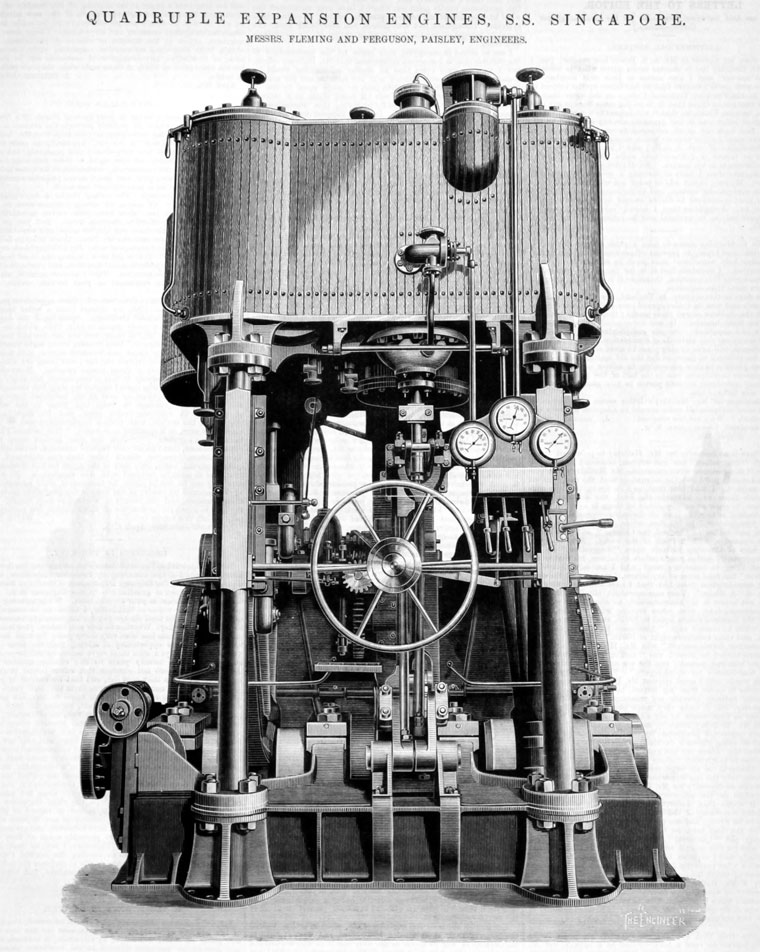 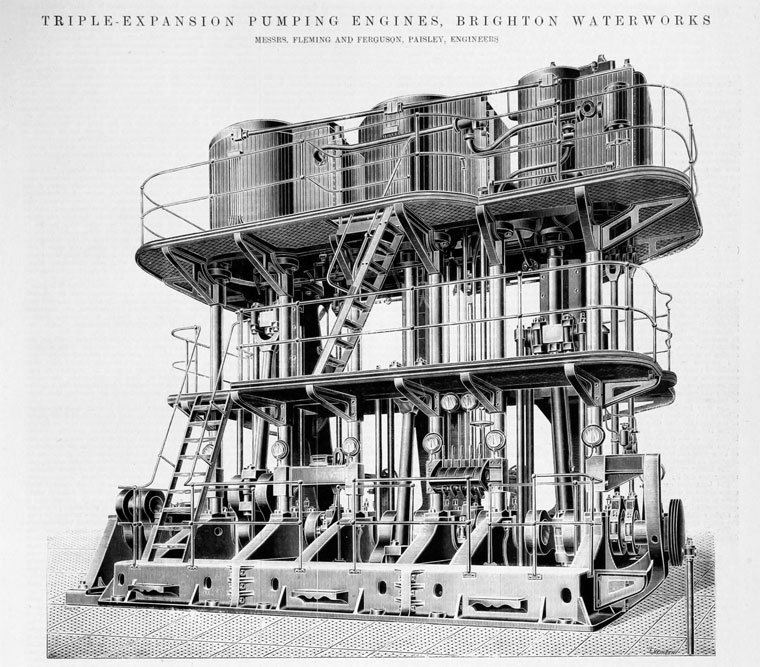 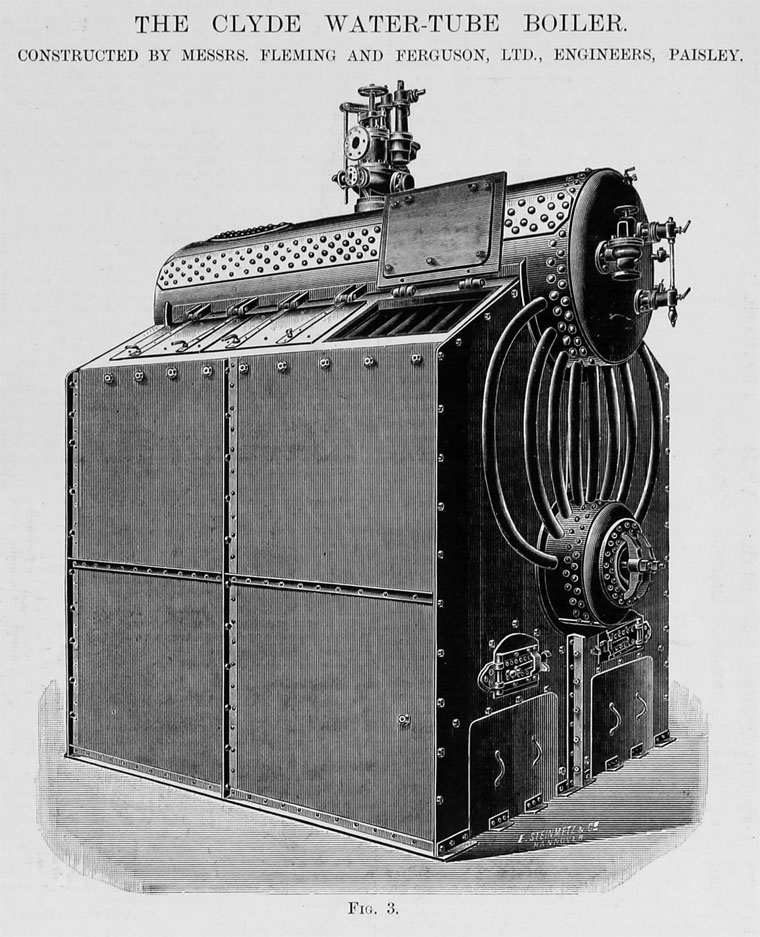 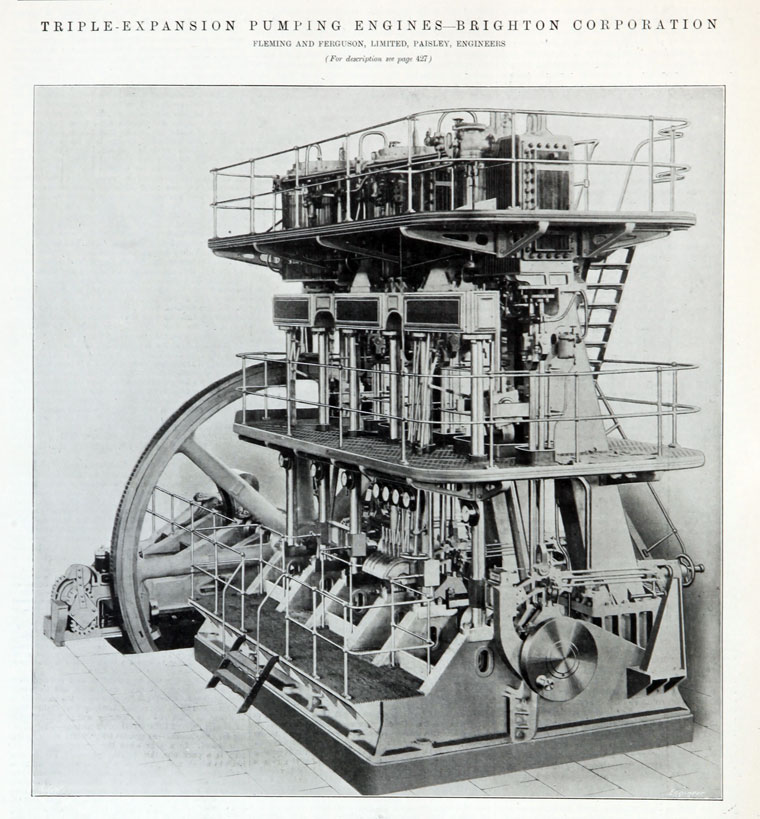 Fleming and Ferguson of Paisley built steam engines for marine use.

The Phoenix yard of Fleming and Ferguson was one of five yards based at Paisley in Scotland. However, it was the one that survived the longest.

1885 Fleming and Ferguson took over the yard of H. McIntyre and Co to build dredgers, hoppers and lighters, mainly for British ports and harbours. However, around half of the yards output was also for overseas customers

1889 See 1889 Shipbuilding Statistics for detail of the marine engines produced.

1894 Water-Tube Marine Boiler. Article and illustration in 'The Engineer'. [3]

1898 Public company. The company was registered on the 23 June to take over the business of engineers, shipbuilders of a private company of the same name (registered 17 July 1895). [4]

1900s The yard specialised in floating cranes, large steam-powered suction and grab dredgers for many countries around the world. The yard also made "kit ships" which were sent out in pieces and built at their destination. [5]

1903 The 4 Ferguson brothers withdrew from the Company in 1903 in a bid to get the company closed down, but the yard continued trading under the Fleming and Ferguson name. The yard went from strength to strength: building a sterling global reputation for quality small ships and steam reciprocating machinery. The Fergusoons set up on their own at Newark Shipyard, Port Glasgow.

World Wars. The yard made small warships, standard coaster, self propelled cranes and other harbour craft. The yard also fulfilled a number of orders for the Canadian and South African Governments.

1950s The yard made whalers and redesigned minesweepers so that they could be used in Antarctic research. Lighthouse tenders, motorships, coasters and dredgers also featured heavily in the yard's output during this time.

1964 The yard was taken over by The American Marine and Machinery Co. Inc.