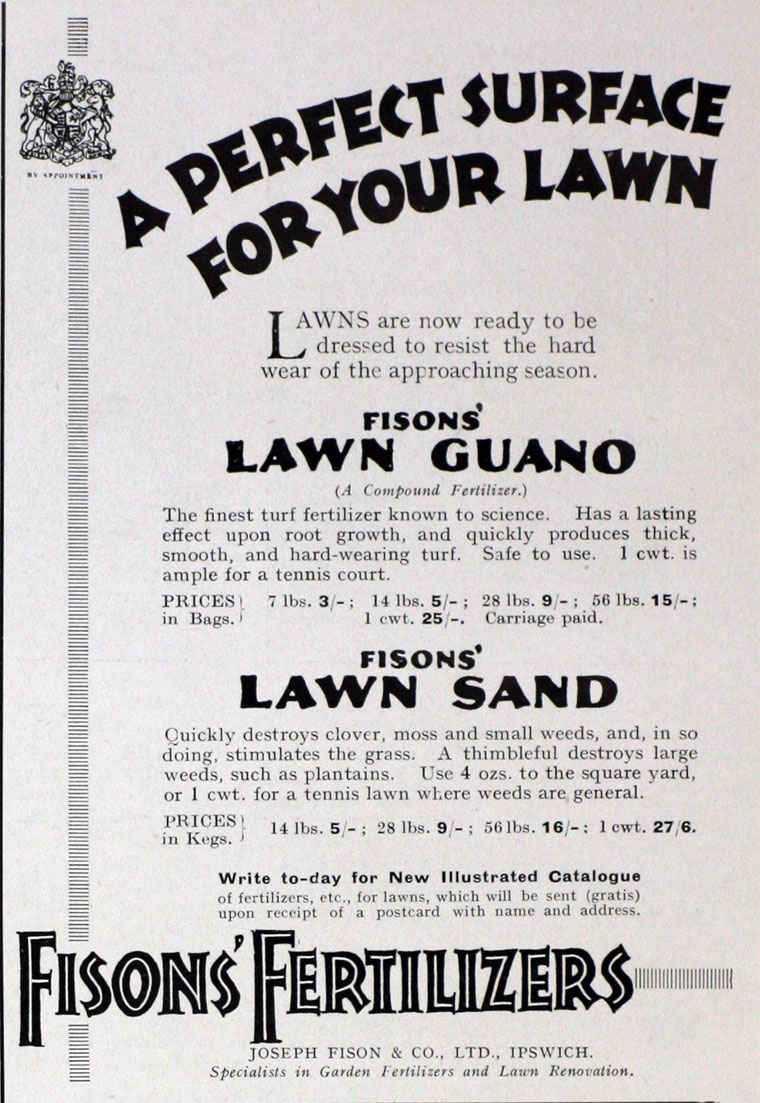 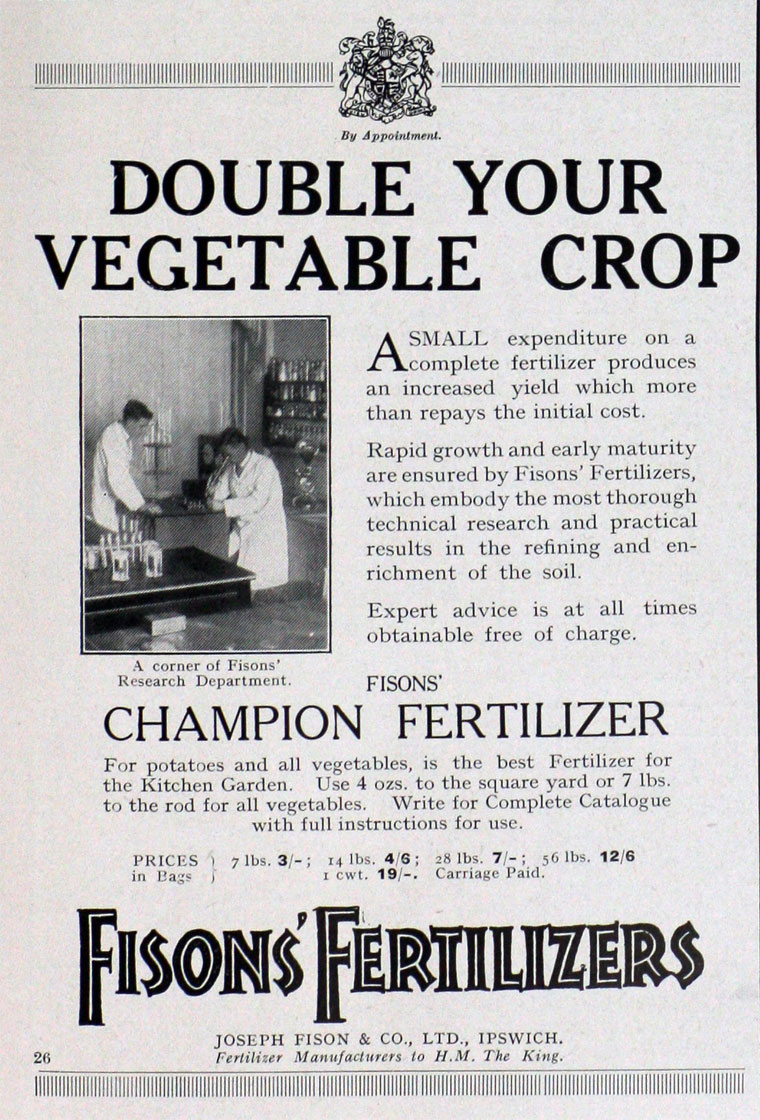 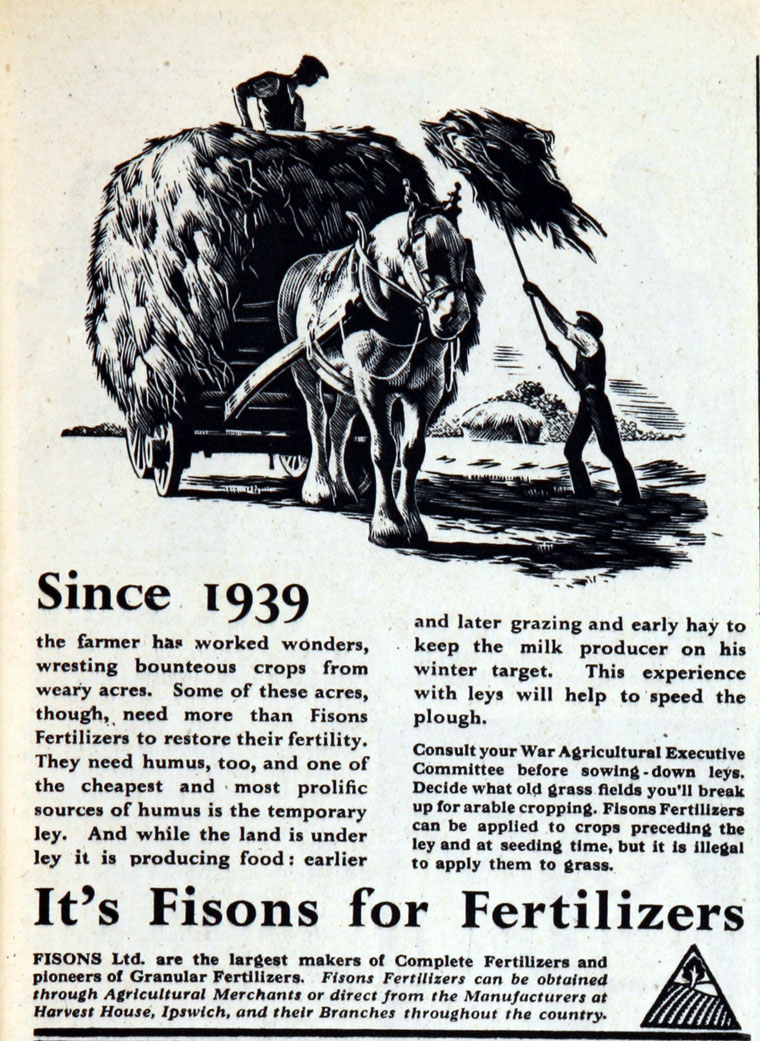 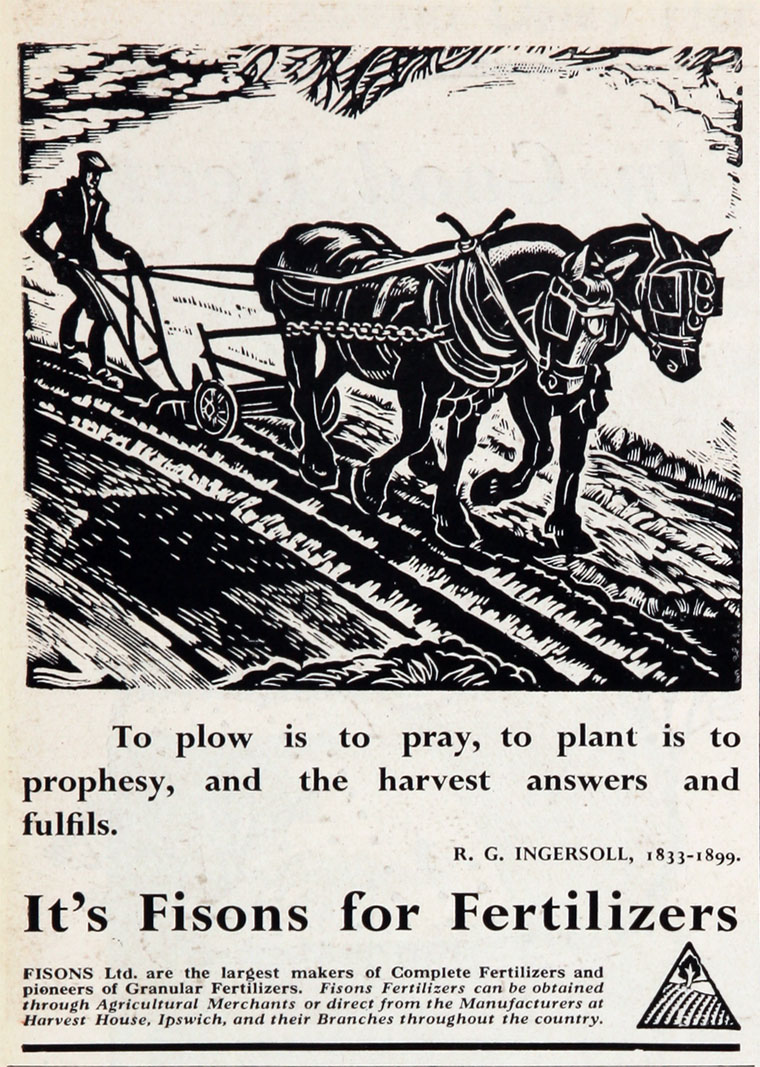 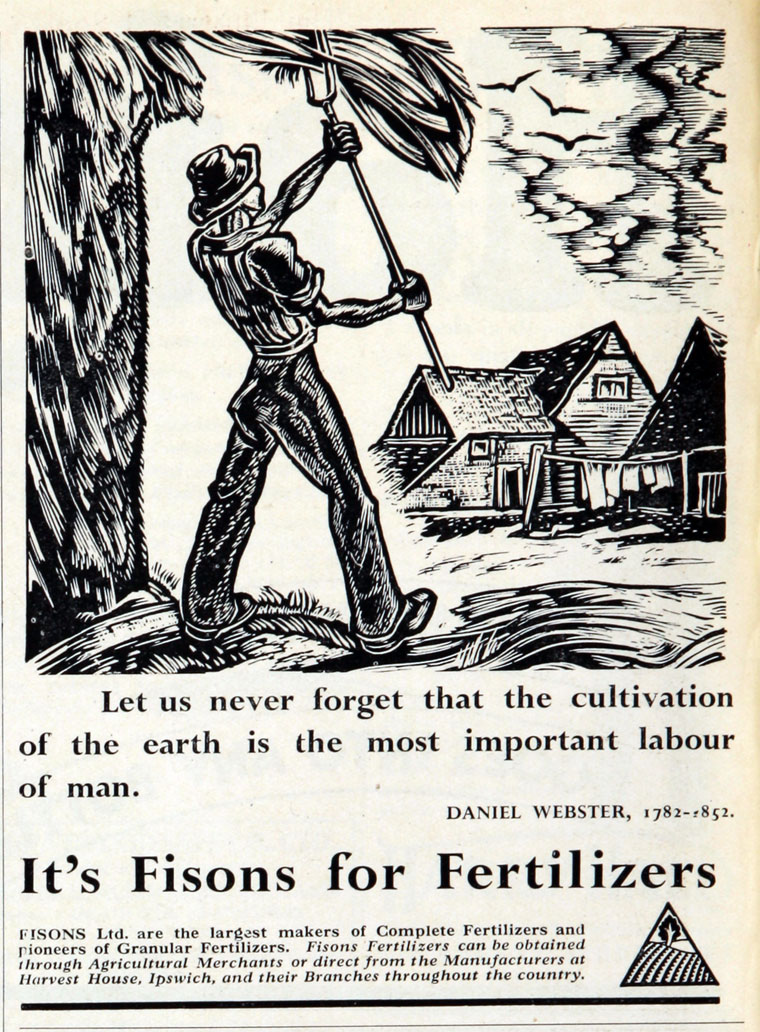 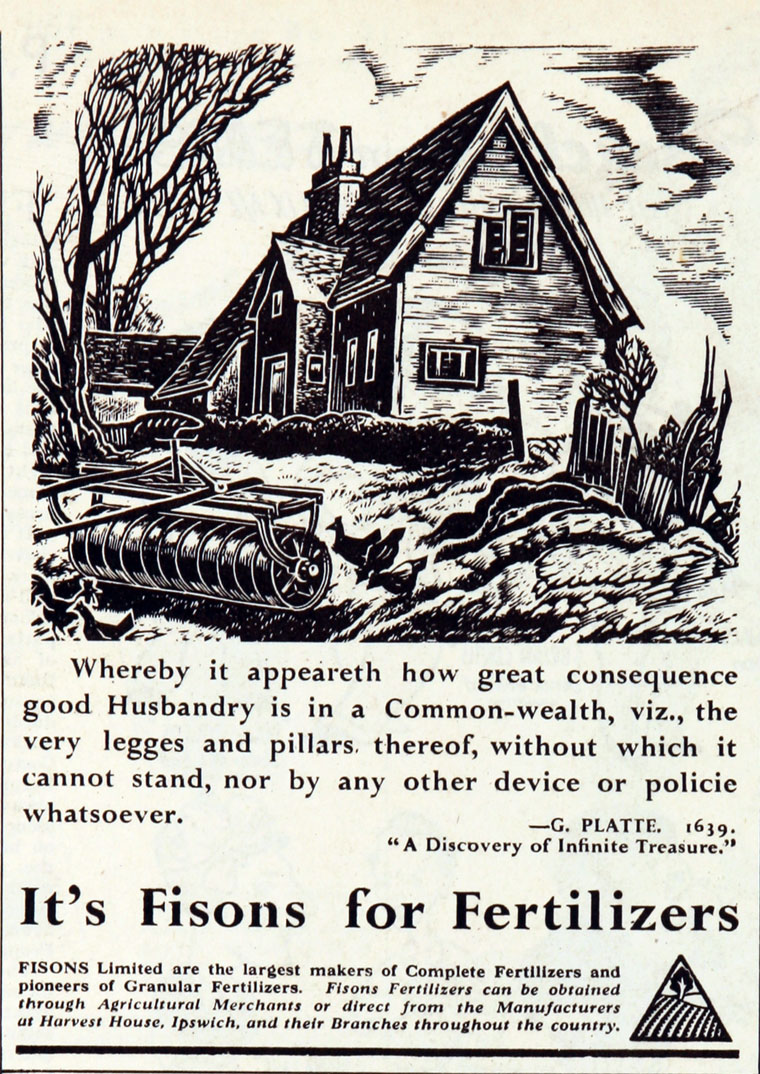 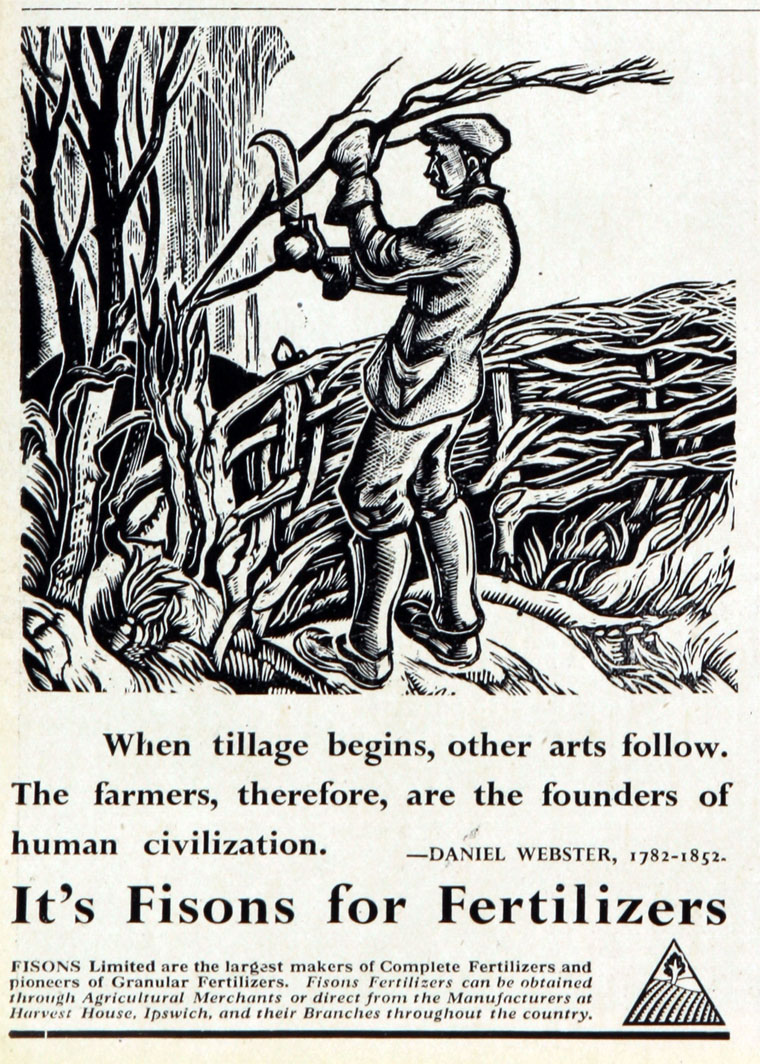 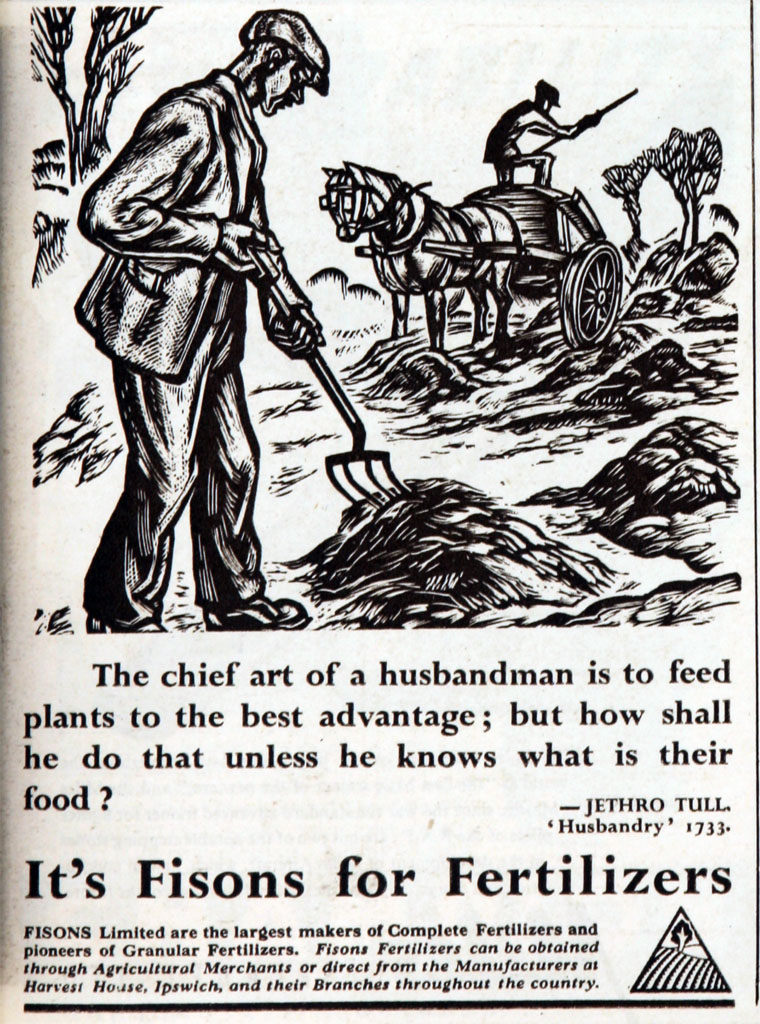 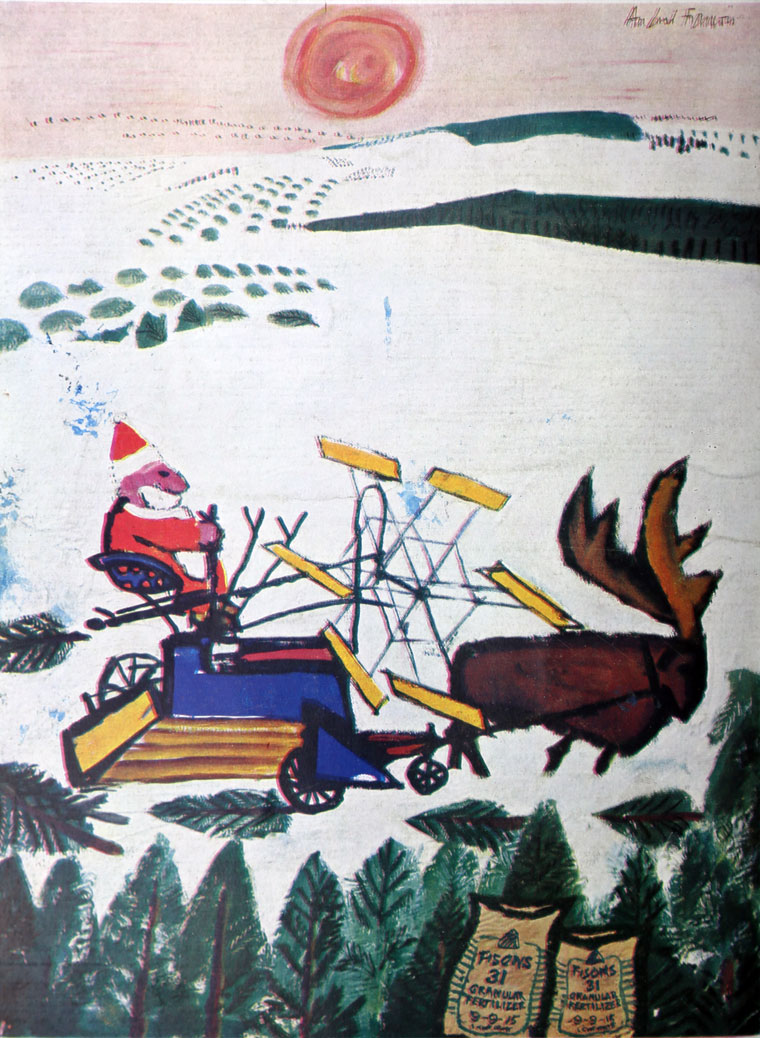 1843 Edward Packard was one of the first to manufacture chemical fertilisers by dissolving bones or coprolites in sulphuric acid.

1895 Packard's business was incorporated in 1895 under the name of Edward Packard and Co.

1919 Packard bought the fertiliser business of James Fison of Thetford; the name of the company was changed to Packard and James Fison (Thetford) Limited.

In the next 15 years the company acquired 32 fertiliser businesses (mostly small family businesses) and registered 5 new subsidiaries. As a result the company grew to be one of the largest in its sector in the country.

1930s Established subsidiaries through arrangement with Imperial Smelting Corporation: a joint company National Fertilizers Ltd (set up in 1934) with its sales subsidiary Fisons' Fertilizers (Western) Ltd, and Corby Basic Slag Ltd (in 1935) as another subsidiary. Agreements made with Stewarts and Lloyds and Richard Thomas and Co to take almost all the by-product basic slag from their Bessemer plants[2].

1937 Acquired Anglo-Continental Guano Works Ltd, its largest competitor, on the sudden death of the manag director of Anglo-Continental. Rationalization of the company's production continued.

1942 The Company formally changed its name to the shorter Fisons Ltd in 1942. A rationalized sales policy was introduced on a national rather than local basis with much greater emphasis on use of merchants rather than sales agents.

1951 Collaborated with other companies in establishing United Sulphuric Acid Corporation Ltd to make acid from anhydrite.

1954 End of commitment to ICI which had inhibited Fisons from making nitrogenous fertiliser.

1957 Agreement with Shell to obtain ammonia and nitric acid; construction of plant to make ammonium nitrate at Stanford-le-Hope.

1961 Acquired Pickering and West, canners and fruit and vegetable packers; bid for Evans Medical Supplies but were unsuccessful[3].

1970 Fisons owned parts of the Somerset Levels where they extracted peat. In 1970 one of their staff Ray Sweet discovered the remains of a timber trackway. It has been dated to 3807 or 3806 BC, and is now known as the Sweet Track. A portion is now in the collection of the British Museum.

In the early 1980s the Company decided to focus on pharmaceutical products and its fertilizer activities were sold to Norsk Hydro in 1982.

1990s Many years of successful growth were financed by sales of sodium cromoglycate in a variety of formulations used to treat asthma and allergies of the eye among several disease areas. However, the loss of lucrative product licences for Opticrom and Imferon in the USA in 1991 and the failure of clinical trials for Tipredane, an asthma drug, in 1993 revealed bleak prospects for the business.

1995 the Instruments Division was sold to U.S. Thermo Instrument Systems while the Research and Development facilities in Loughborough and Rochester, New York, with their product pipelines, were acquired by the Swedish company Astra AB.

1995 the Company was acquired by Pennsylvania-based Rhone-Poulenc Rorer, Inc., which in turn was wholly owned by France's chemical giant Rhone-Poulenc S.A.

2019 The Grade II listed North Warehouse at Bramford, Suffolk was destroyed by fire in May 2019. The earliest part of the building was built c.1850, and was one of the earliest, if not the earliest, purpose-built superphosphate fertiliser factories. [4]