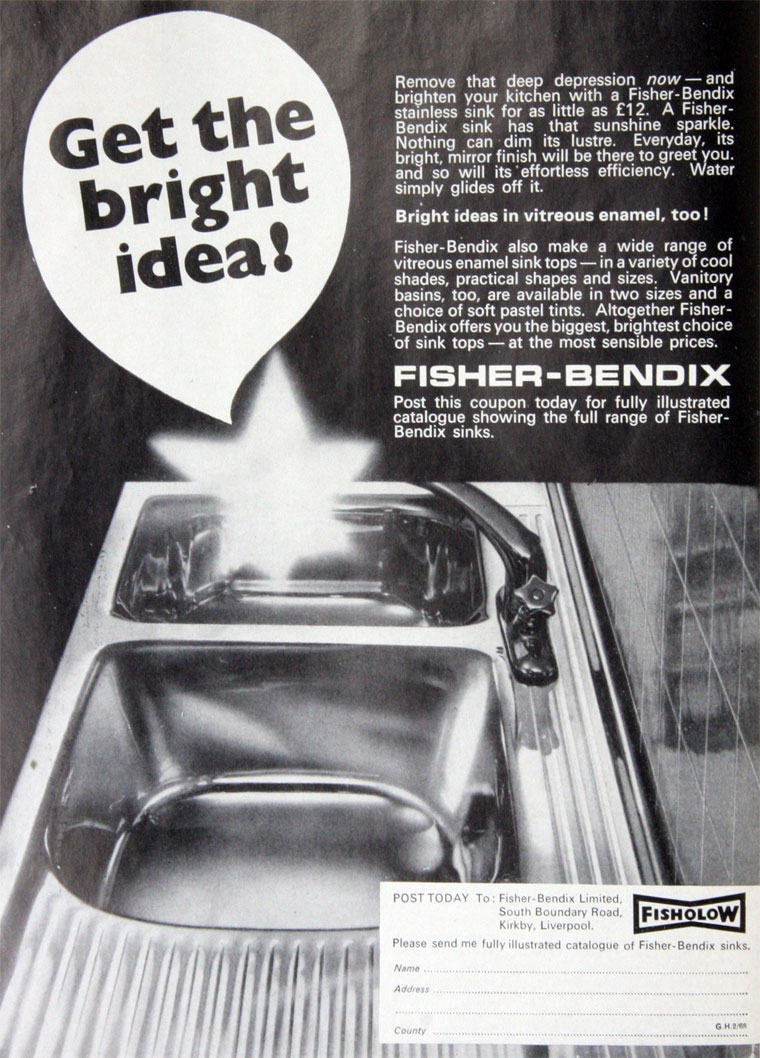 1966 Fisher and Ludlow linked with Parkinson Cowan who were seeking new products and capacity; Fisher-Bendix was formed to bring together the manufacturing and marketing operations; Hugh Barker, chairman of Parkinsons, became chairman of Fisher-Bendix too [1].

1971 Continuing losses at Fisher-Bendix contributed to Parkinson Cowan being taken over by Thorn, becoming part of Thorn Gas Appliances