Grace's Guide is the leading source of historical information on industry and manufacturing in Britain. This web publication contains 140,446 pages of information and 227,382 images on early companies, their products and the people who designed and built them. 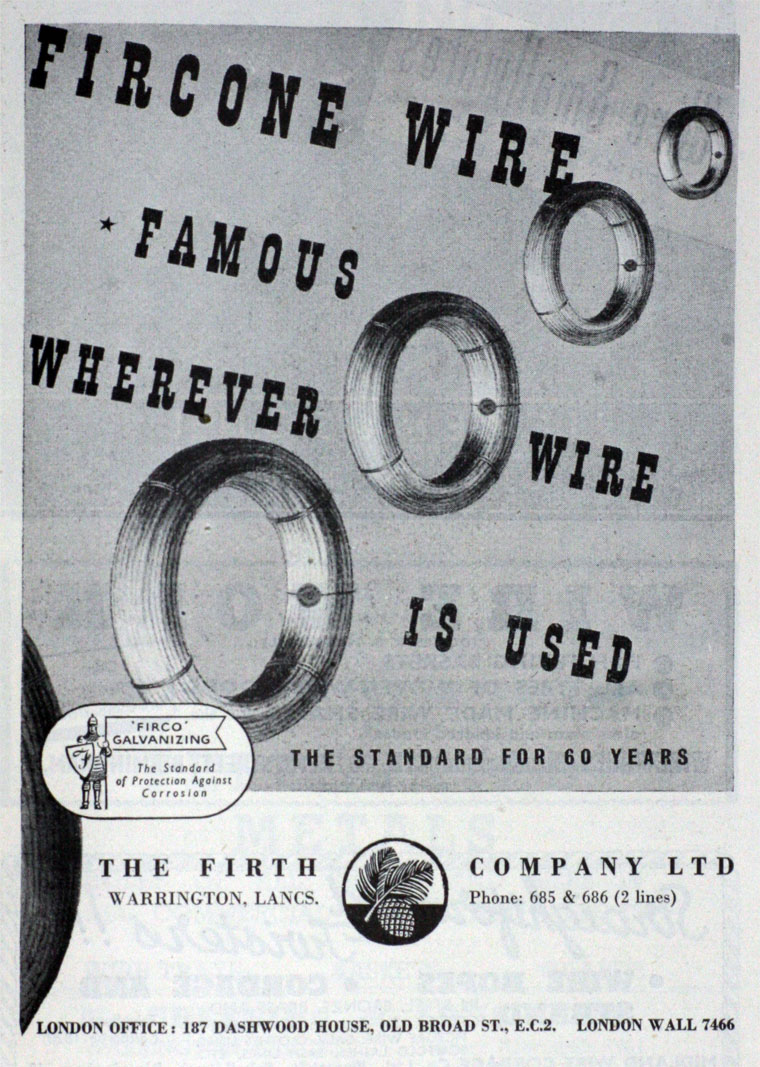 Manufacturers and suppliers of steel wire and wire products, of Warrington

1953 Part of Firth Cleveland group when it was incorporated[4]

1974 K. G. Hann became chairman in succession of Mr R. Ripley who remained on the board. Mr M. H. Williams, director-in-charge of Wire and Nail Division at GKN, joined the board.