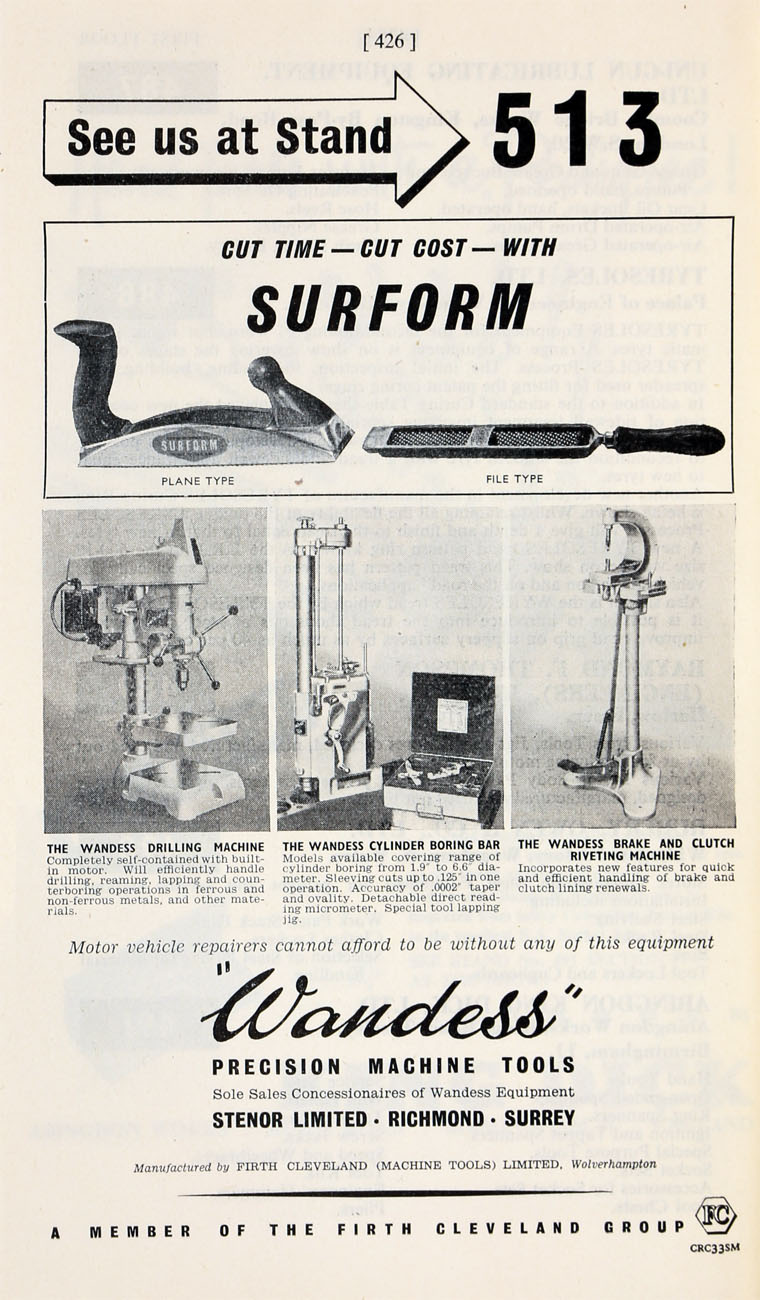 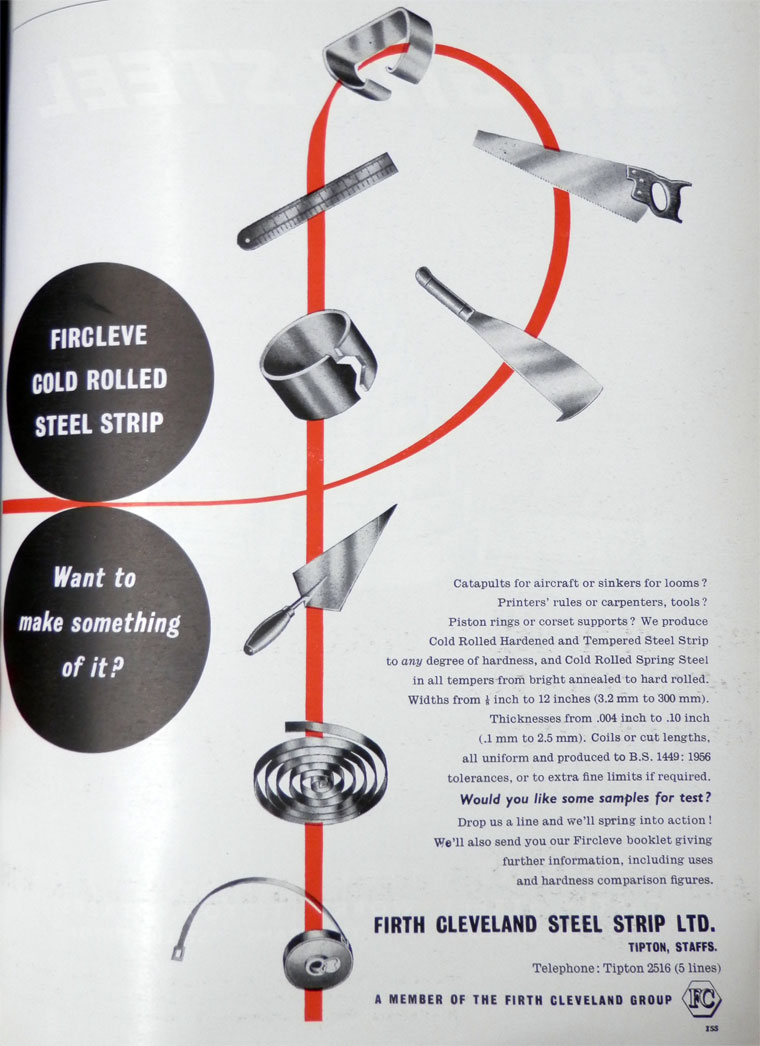 1953 Formed as a private company which owned Simmonds Aerocessories, Firth Co of Warrington, British Lead Mills and Stenor; converted into a public company.[3].

1954 Public offer of shares - an industrial holding company, with interests in metals and engineering but having the intention to broaden its scope.[4]. Owned, amongst others, Firth Cleveland (Machine Tools) Ltd of Wolverhampton, successor to a company formed in 1939.

1955 Acquired Richard Hill and Co as result of its denationalization. Also owned Keeton, Sons and Co, R. E. Roberts and Son, Landmaster of Hucknall, Notts, and retailers Max Stone and Wolfe and Hollander.[6].

1957 Firth Cleveland Instruments Ltd formed as a wholly owned subsidiary of Simmonds Aerocessories to represent the growing range of instruments in the group.

1959 Industrial holding company with 27% of investments in engineering, 12% in electronics and instruments, 27% in steel, 5% in lead and 29% in retail. 25% of the ordinary shares offered to the public[11]. Also owned Firth Cleveland Pumps Ltd. Acquired Sheffield Wire Rope Co.[12]

1960 Acquired the Broadmead Group (retail chain) and 53% of Solartron Electronic Group. Acquired J. J. Habershon and Sons from the denationalisation of the Iron and Steel Corporation of Great Britain[13]; Firth Cleveland Steel Strip was a customer of Habershon for its high carbon strip[14]..

1961 Firth Cleveland failed in its attempt to purchase the remaining shares in Solartron Electronic Group. Then sold its shareholding to Schlumberger Inc of USA. In view of poor profits, decided to exit instrumentation and sold Firth Cleveland Instruments to Elliott Automation but the business would continue from the same site under the name Elliott (Treforest).

1962 Purchased Tyne Wire Rope Co and the world patent rights to the Laird Tangential Fan and to a metal extrusion process.[15].

1972 GKN acquired Firth Cleveland for its complementary interests in hot and cold rolled strip, sintered products, reinforcements, wire fasteners and garage equipment; GKN had not decided what to do with the retail side of the business[17]

1939 Firth Cleveland (Machine Tools) Ltd was successor to a company formed in 1939.

1955 Two separate branches of the business: - one served garages with Wandess servicing equipment; the other supplied intricate tools and equipment to the aircraft industry. As well as supplying equipment that Stenor sold, it also served as the research and development facility for special purpose machine tools for the rest of the group[21].