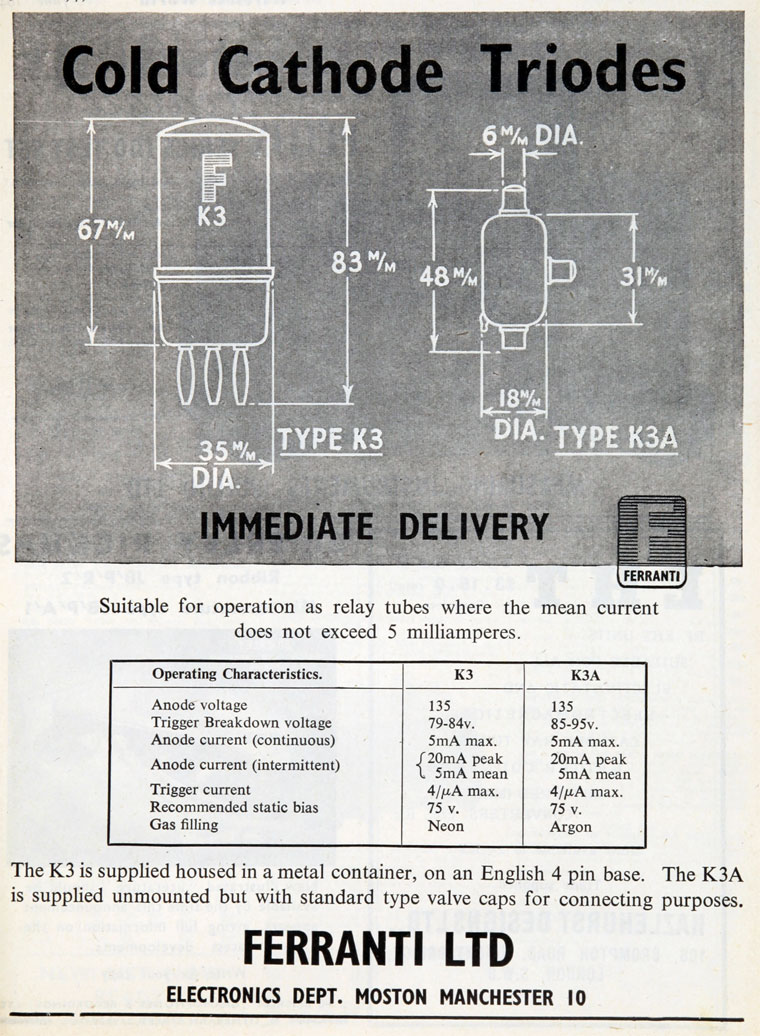 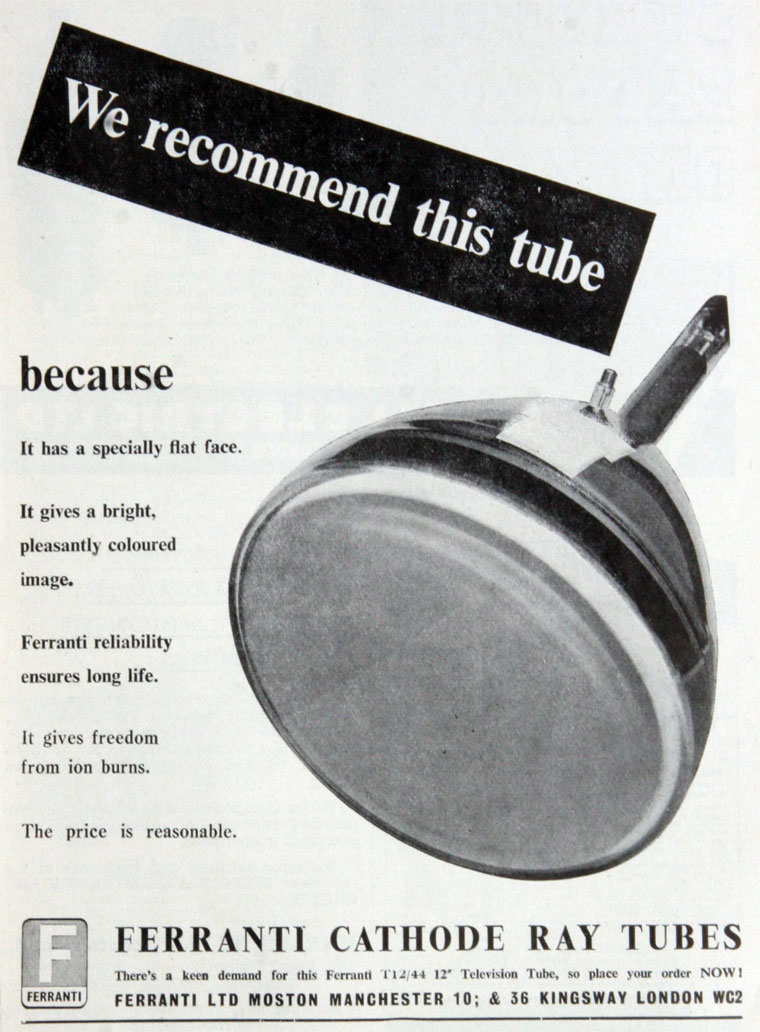 1930 The Electronics Department was set up to manufacture electronic components, which at that time were being manufactured by the Instrument Department.

post-WWII Valve production was expanded to supply other companies as well as Ferranti.

1955 Ferranti was already producing germanium semiconductors when it became the first European company to produce a silicon diode.

1984 As part of the reorganisation of the company, Electronic was one of the 5 divisions created.