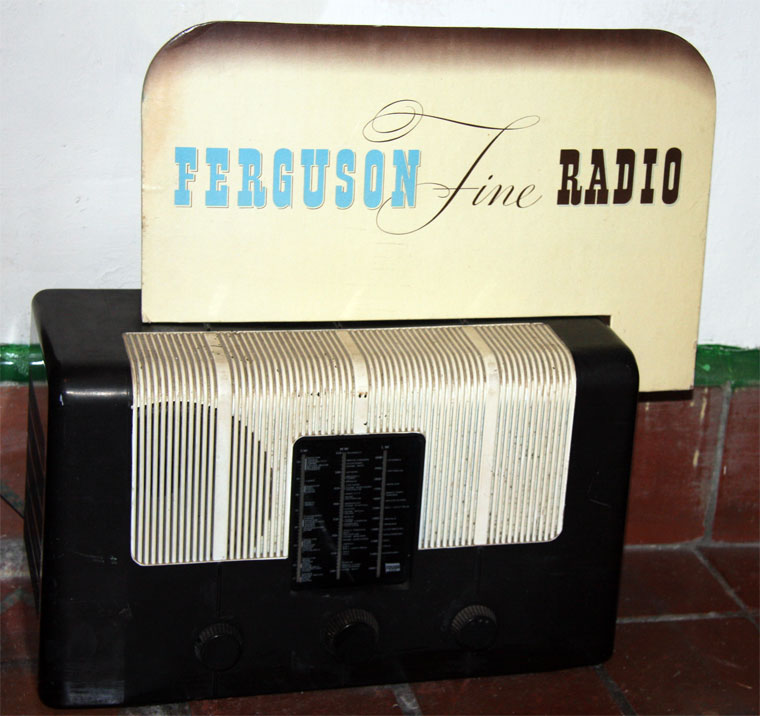 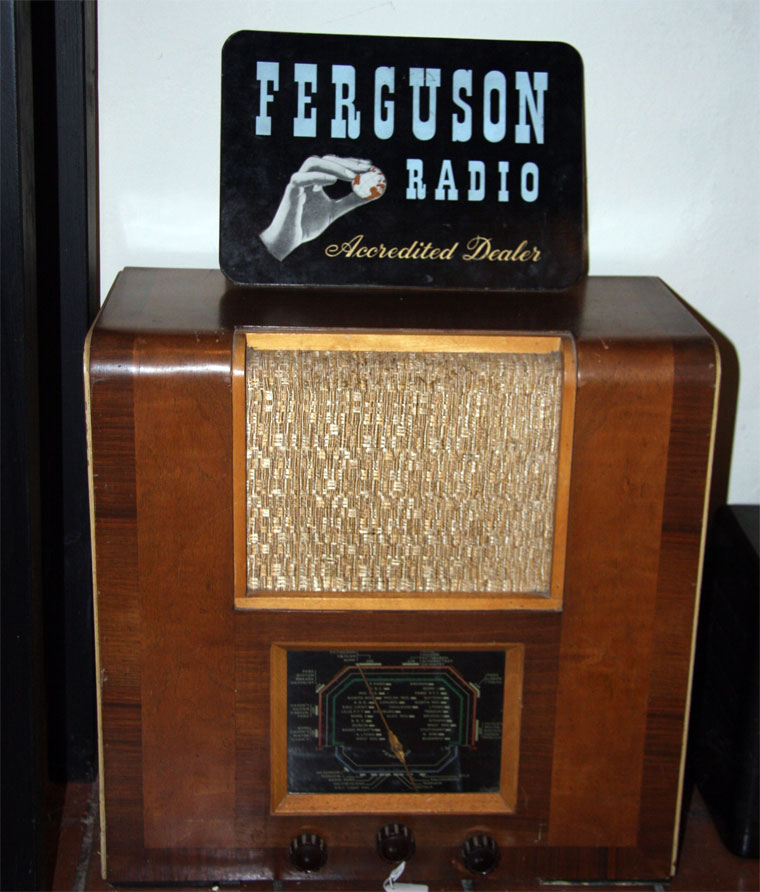 Exhibit at the Ceredigion Museum‎. 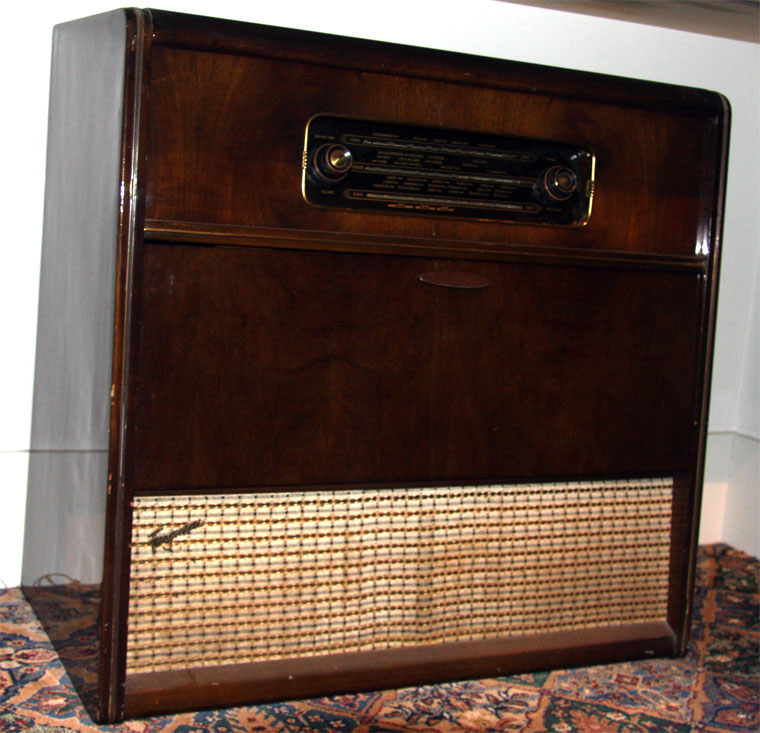 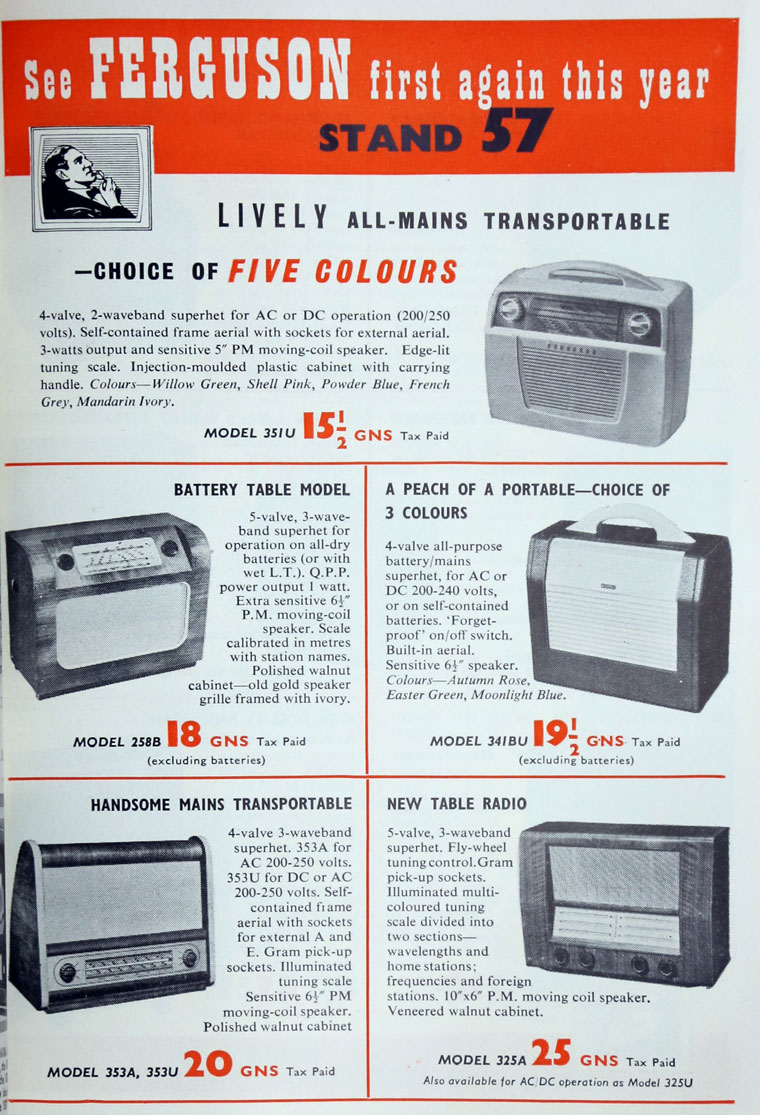 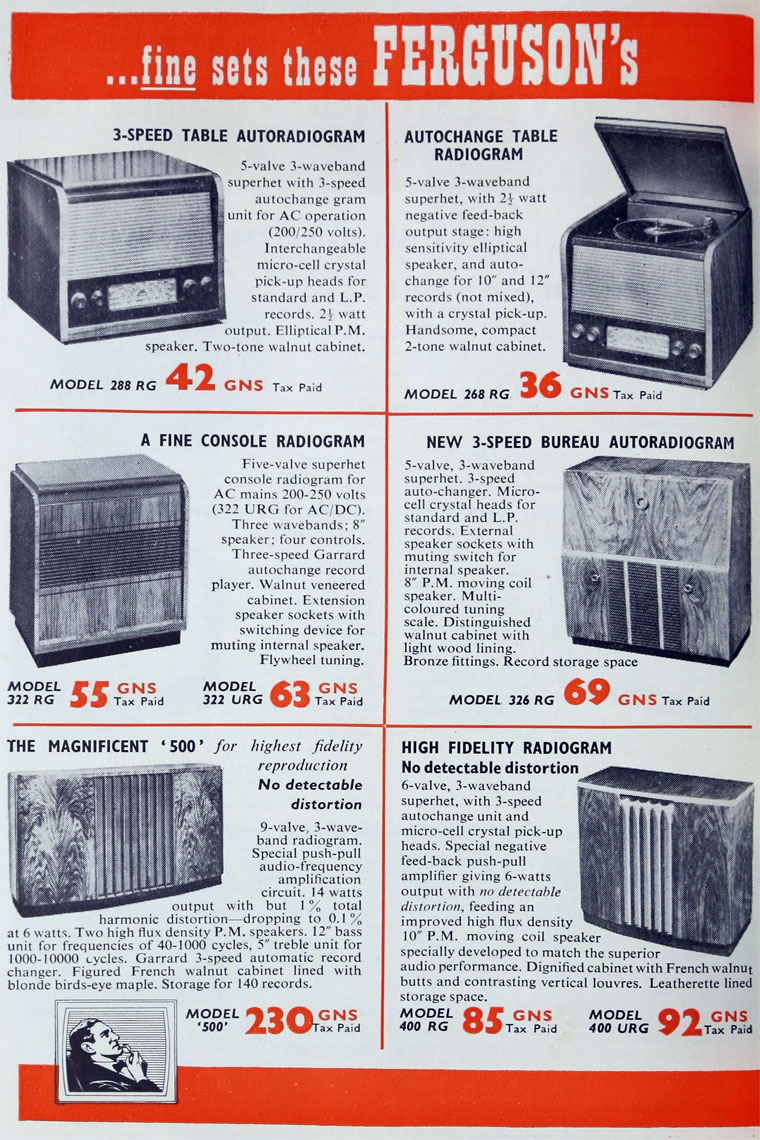 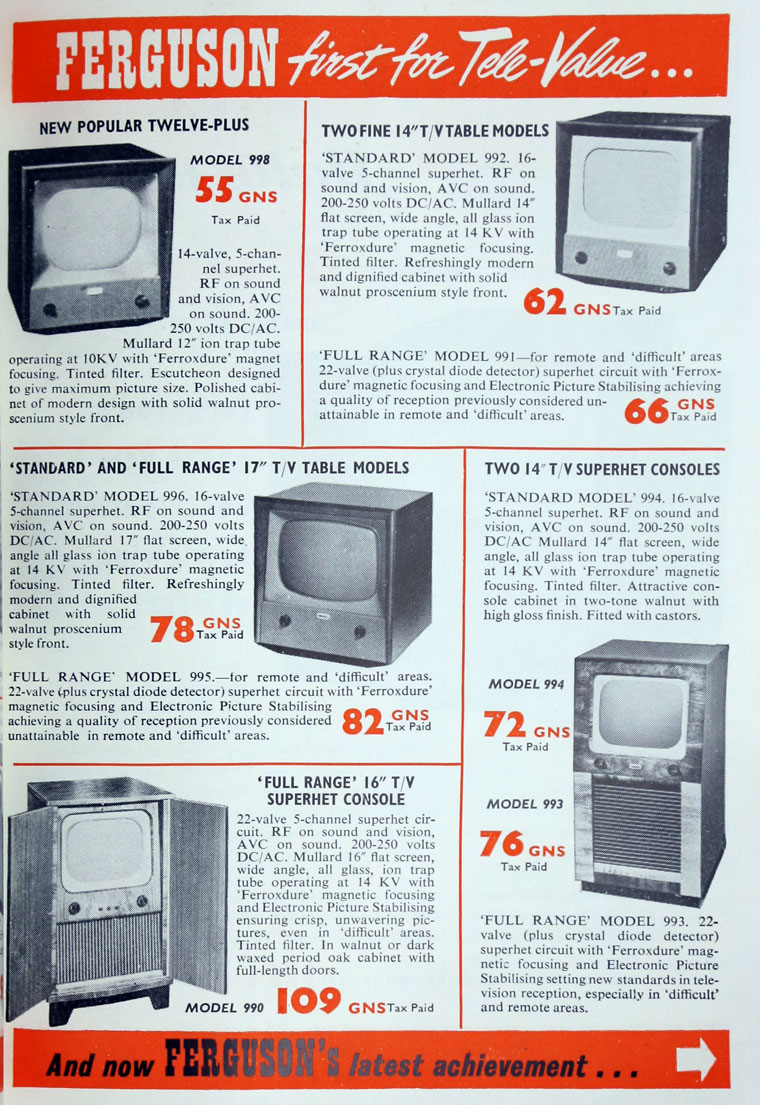 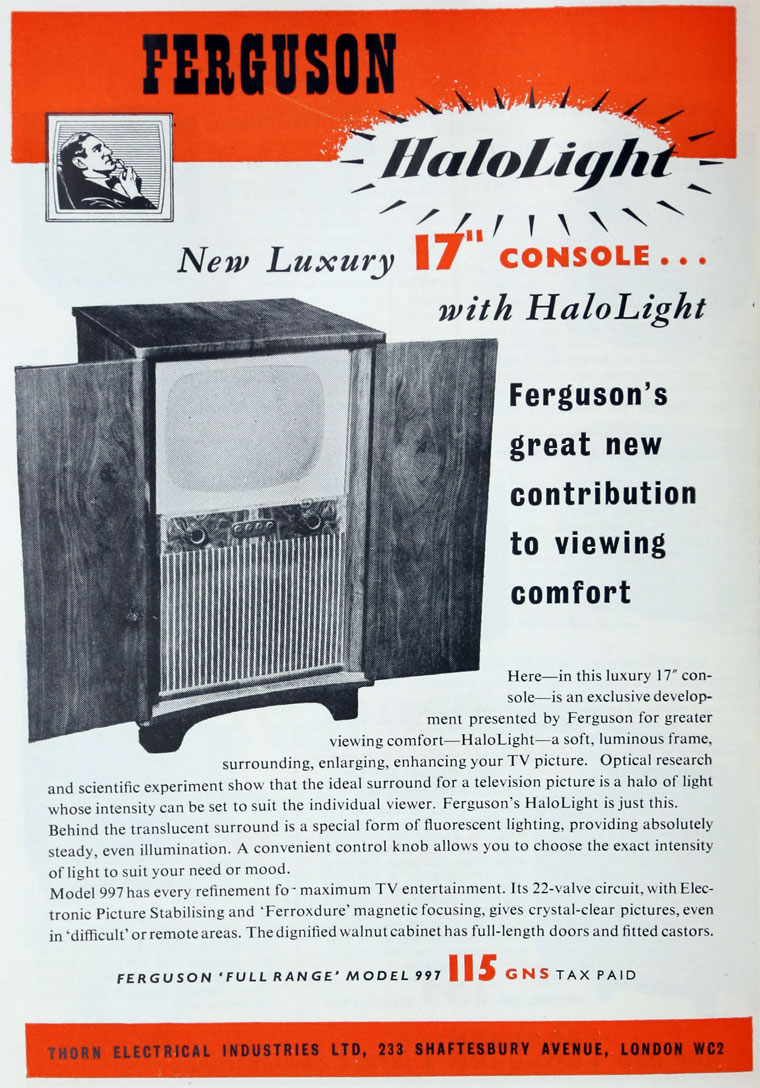 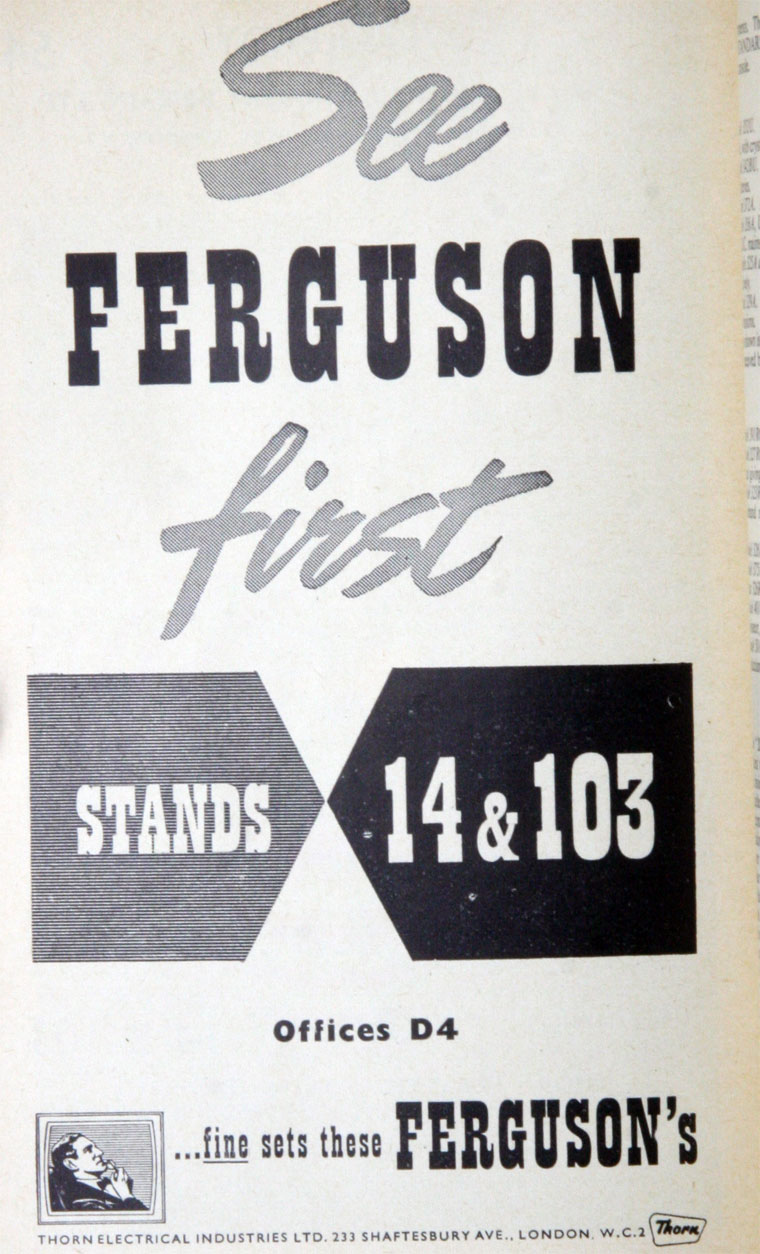 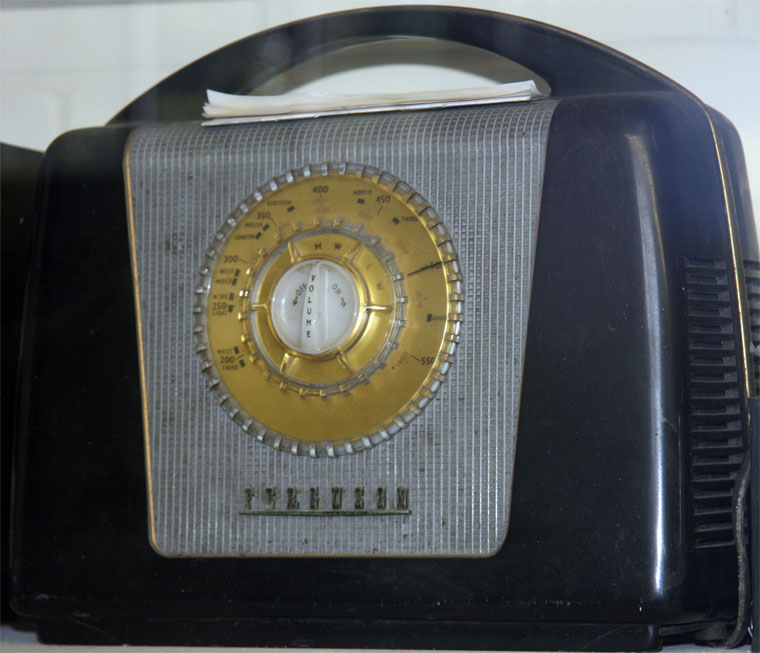 1946 Rights issue by Thorn Electrical Industries to finance the acquisition from Jules Thorn of the entire share capital of Ferguson Radio Corporation[2]. The Ferguson name continued to be used by Thorn, and its successor Thorn EMI, until 1992.

1946 Conversion from war work was a protracted process; made preparations for production of television sets[3].