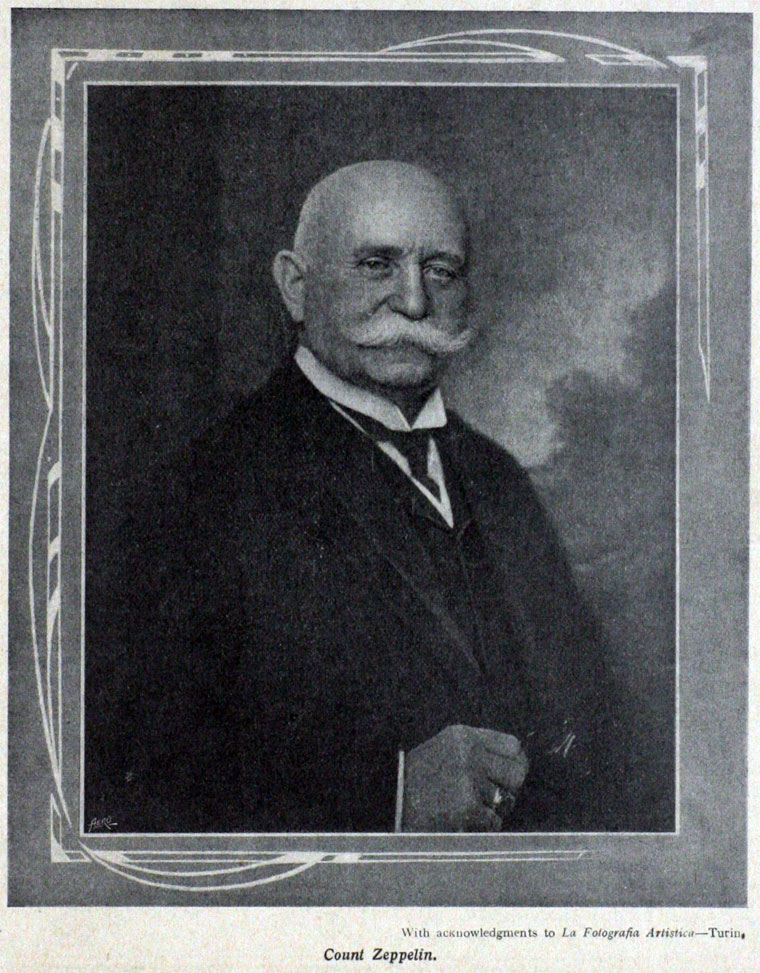 1904 ZEPPELIN, Count Von, the well-known aeronaut, has the distinction of having built the largest balloon ever constructed. Was military attache of the German Embassy during the Civil War, and made many balloon ascents from the battlefields of the South in 1863. Was the leader of the famous cavalry raid into France in 1870, which practically commenced the Franco-Prussian war. Is sixty-nine years of age, and has spent so much on his aeronautical experiments that he has ruined himself. [1]