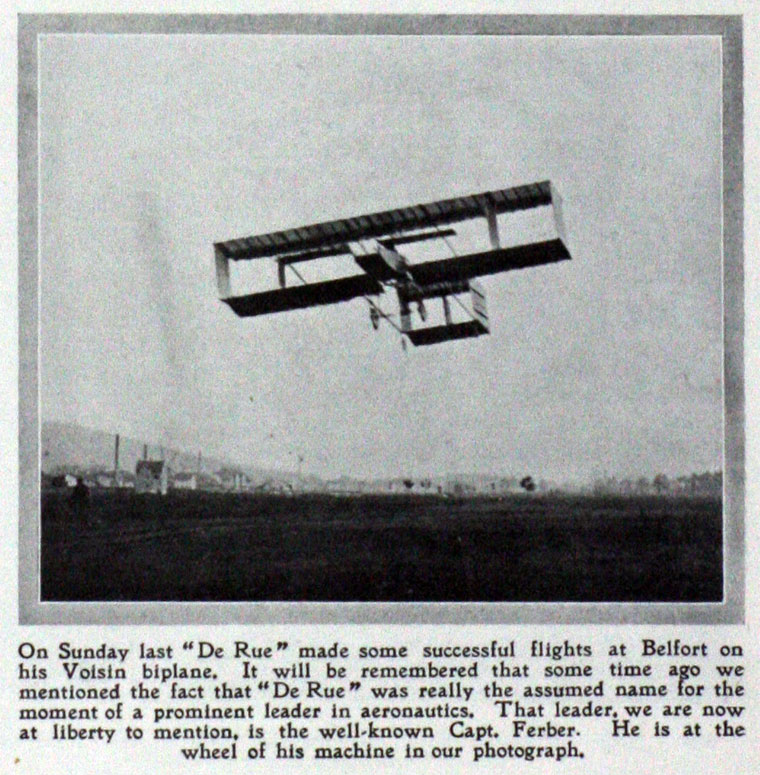 Ferdinand Ferber (February 8, 1862 - September 22, 1909) was a French Army captain who played an important role in the development of aeroplanes.

He borrowed many of the Wright Brothers ideas and in 1908 founded the National Aviation League with the help of well-known physiologist René Quinton. René Quinton was a member of a Parisian group of literary personalities called the "Forty-five," who honored achievements in literature, sciences and arts.

In May 1908 Ferber addressed the group at Quinton's suggestion and after receiving a standing ovation for his accomplishments in aviation, René Quinton was inspired to establish a 10,000 francs prize for the first person to achieve 5 minutes of flight without an engine (gliders).