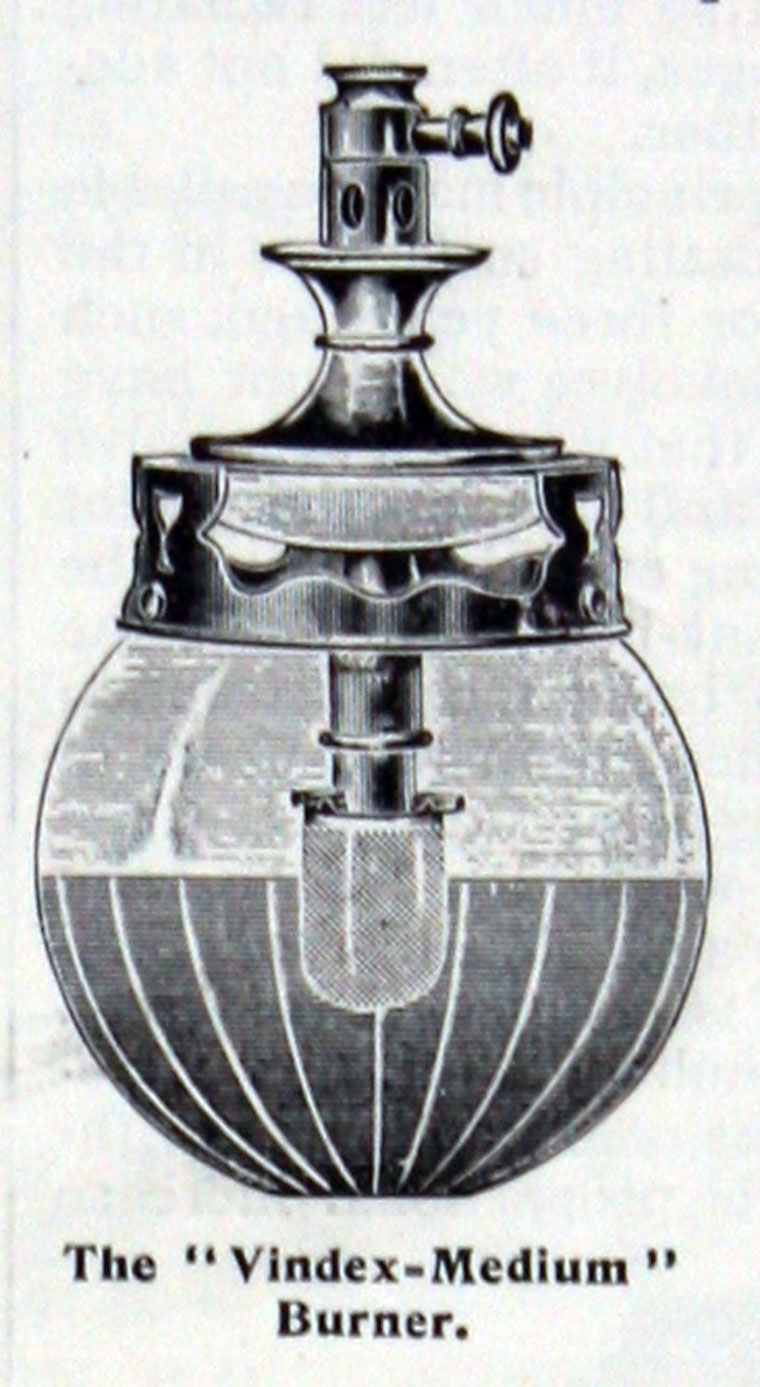 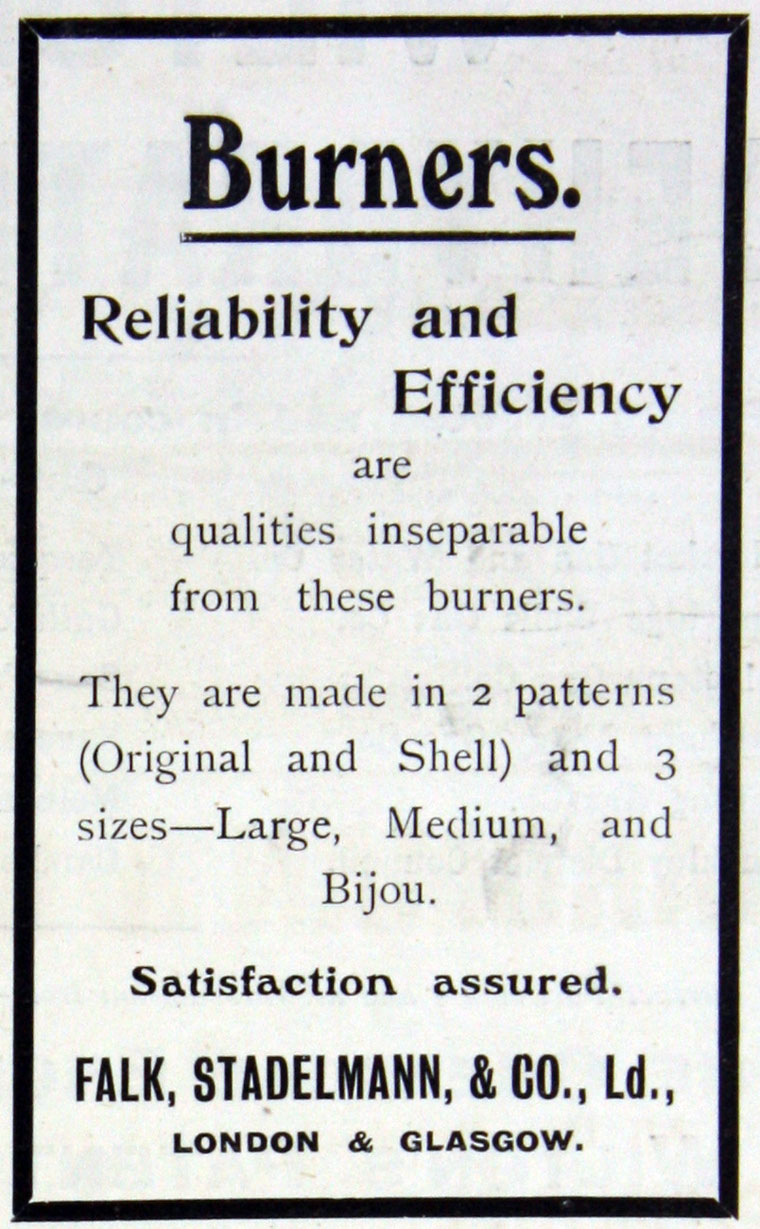 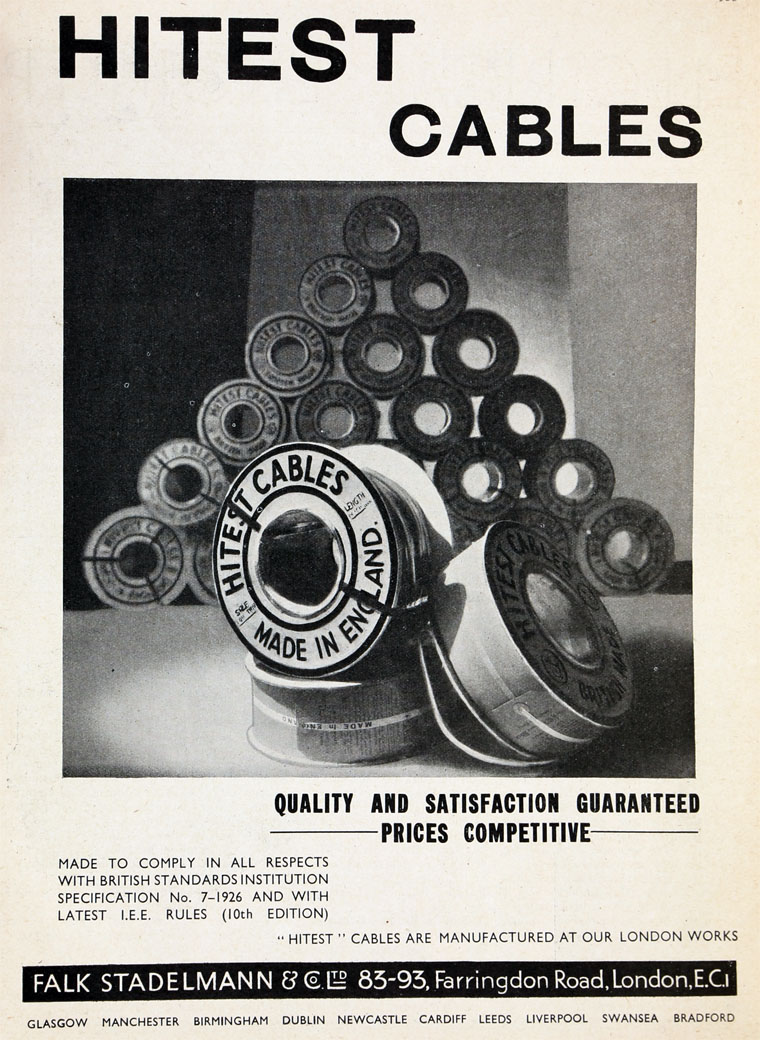 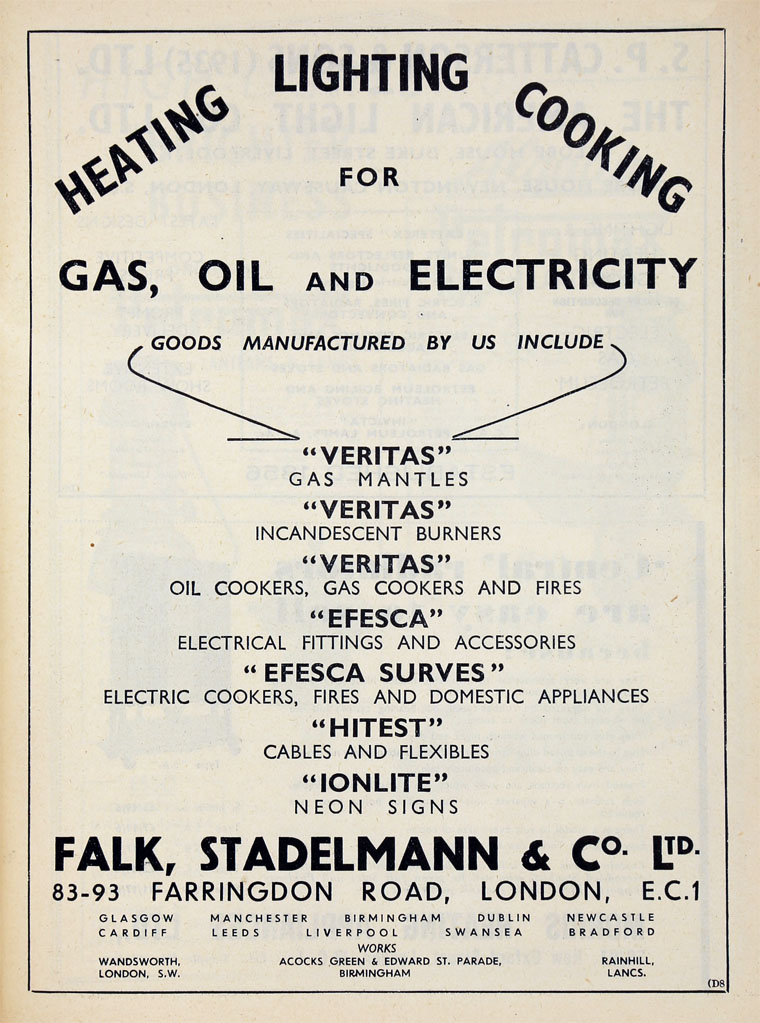 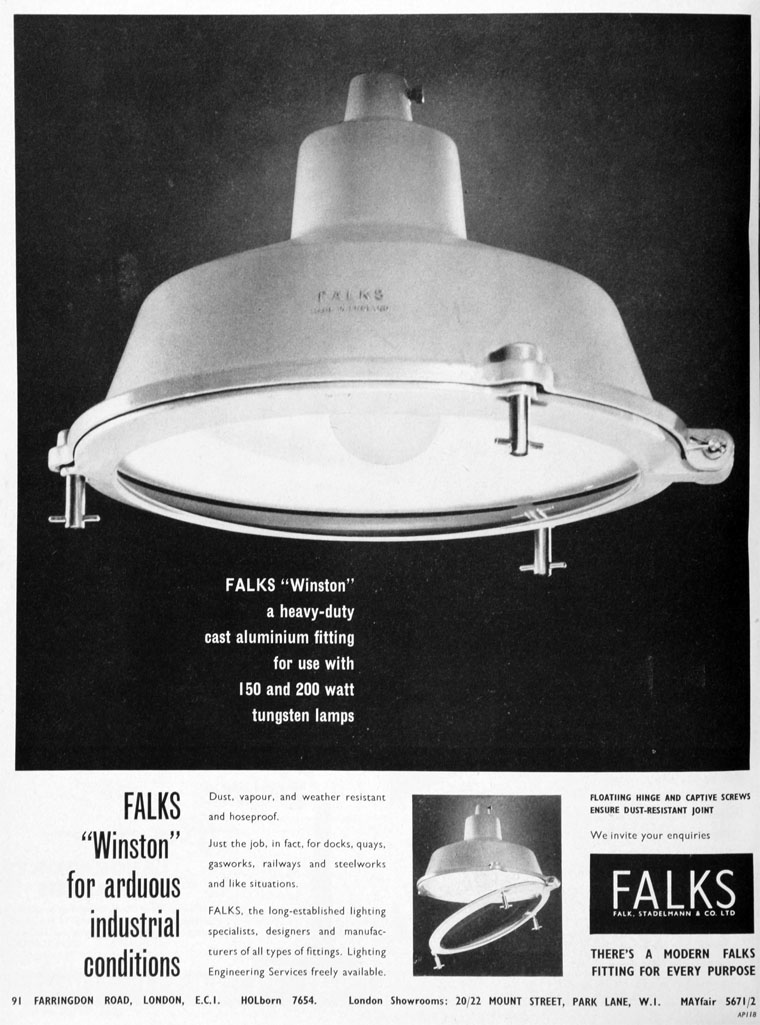 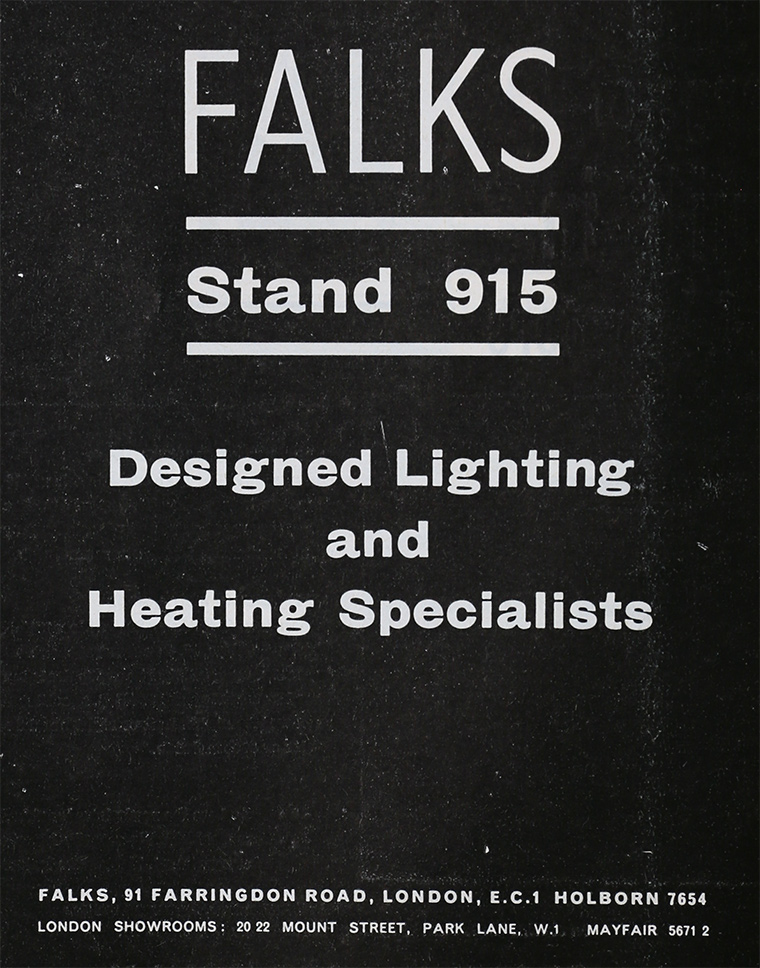 1882 His first sales list was dated 16th January, when he stated he had set up as a Manufacturer's Agent and Importer having supplied his clients for six years prior to that date. It is not known if he was, in those six years, working for Stadelmann's from Germany on his own account, or for the previous four years in Germany for a firm called Ungers in England.

1885 Salomon Falk was granted permission to give up his Wurttenberg nationality and to live permanently in England.

Falk, Stadelmann developed into the largest oil lamp company in Britain, taking over famous names like James Hinks and Son around 1920.

The German Veritas trademark was made available to Falk, Stadelmann in London, initially for gas lamp mantles.

The brand was to became a major name in the interwar years in the UK, when Falk, Stadelmann marketed all kinds of wick and candle lamps.

During and after WW2, Falk, Stadelmann needed to find new ways to compete with the two largest lantern manufacturers in the UK the Tilley Lamp Co and Willis and Bates

1944. 'Mr Max Falk has retired from the chairmanship of the Company, but retains his seat on the Board. Mr Gustav Falk has been appointed chairman of the Company, and will retain his position as joint managing director.'[5]

Falk Stadelmann's final decline occurred after poor trading years in the late 1960s. It was taken over by Jessel Investments, who sold off all property and ceased manufacturing activities.