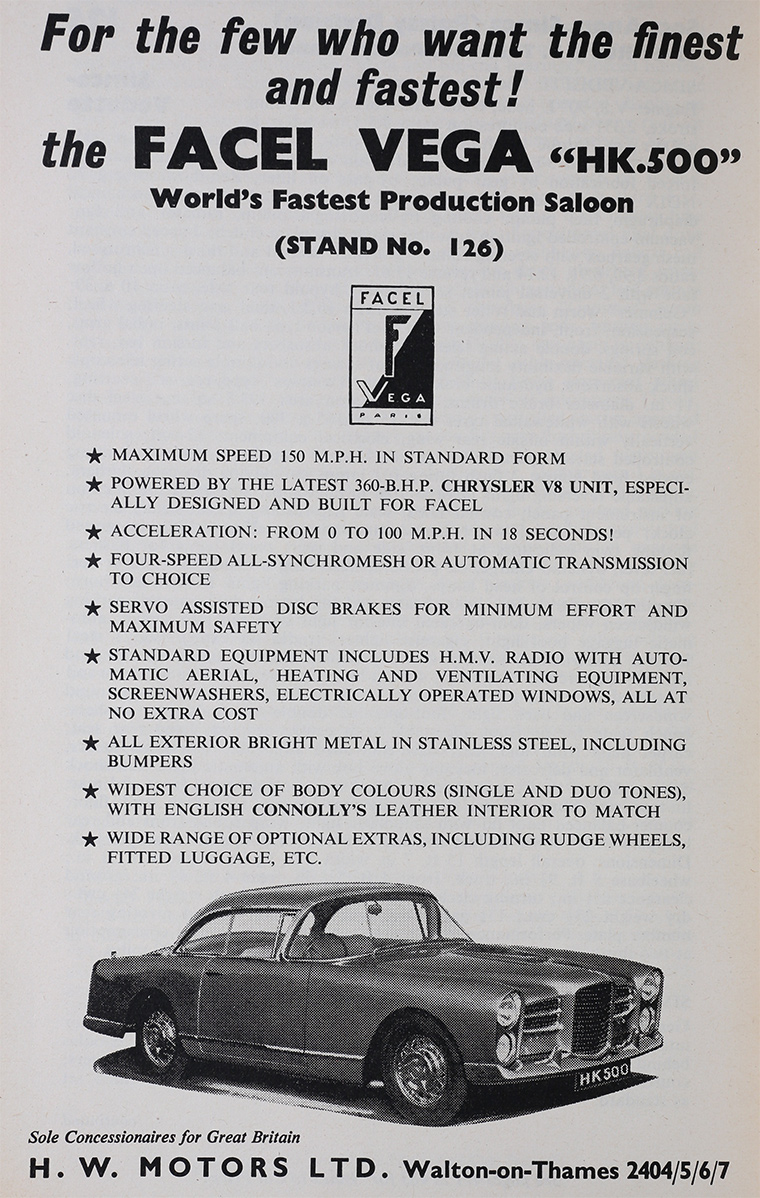 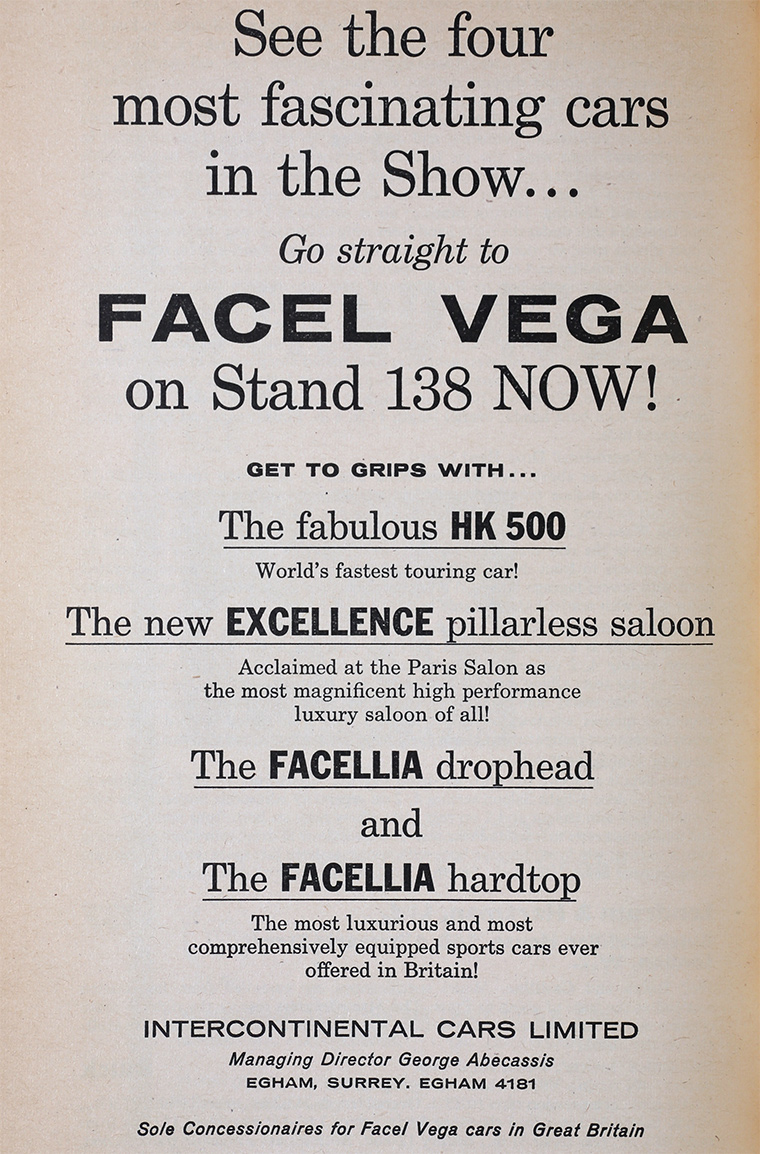 Facel was a French manufacturer of automobiles from 1954 to 1964.

The company was named after the original metal stamping company FACEL, and the company's first model, the Vega, named after the star, was introduced at the 1954 Paris Auto Show. The cars were advertised with the slogan For the Few Who Own the Finest.

Initially successful, the company failed after the debut of its mechanically troubled Facellia model.