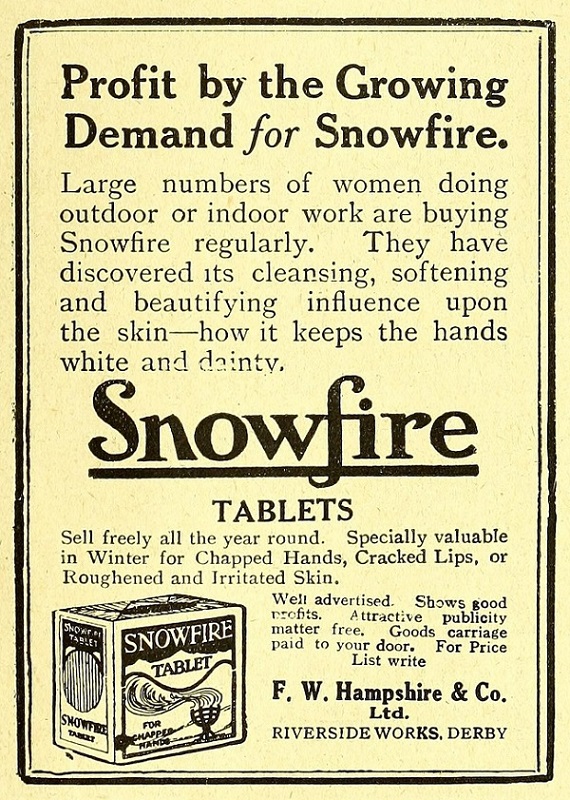 Edgar James Moseley, was the M.D. and later Chairman

WWI. Believed to have been sent to the troops as it was good for cold sores and heat rashes

1917 Advert. 'When you read Private F. BROWN'S letter from France, surely you'll send Snowfire to your friends abroad: "I applied Snowfire to my fest before going Into the trenches. It was a bitterly cold night, and I was up to my knees in mod and water, but when I came out for a rest my feet were quite dry and warm."'[1]