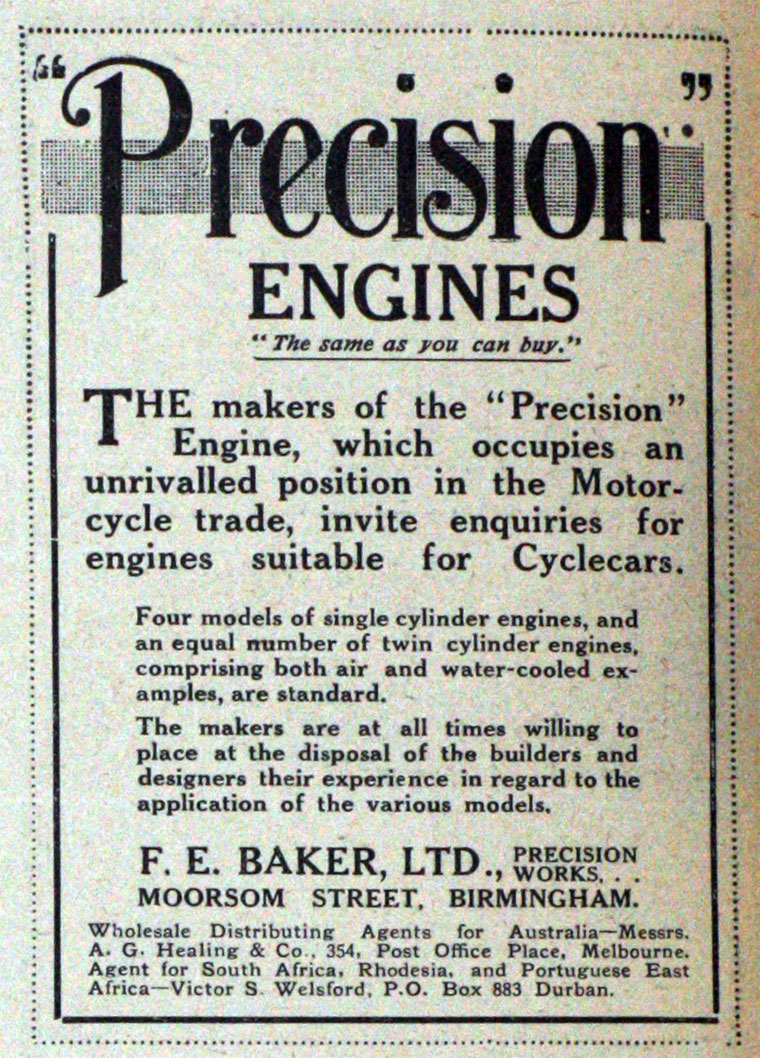 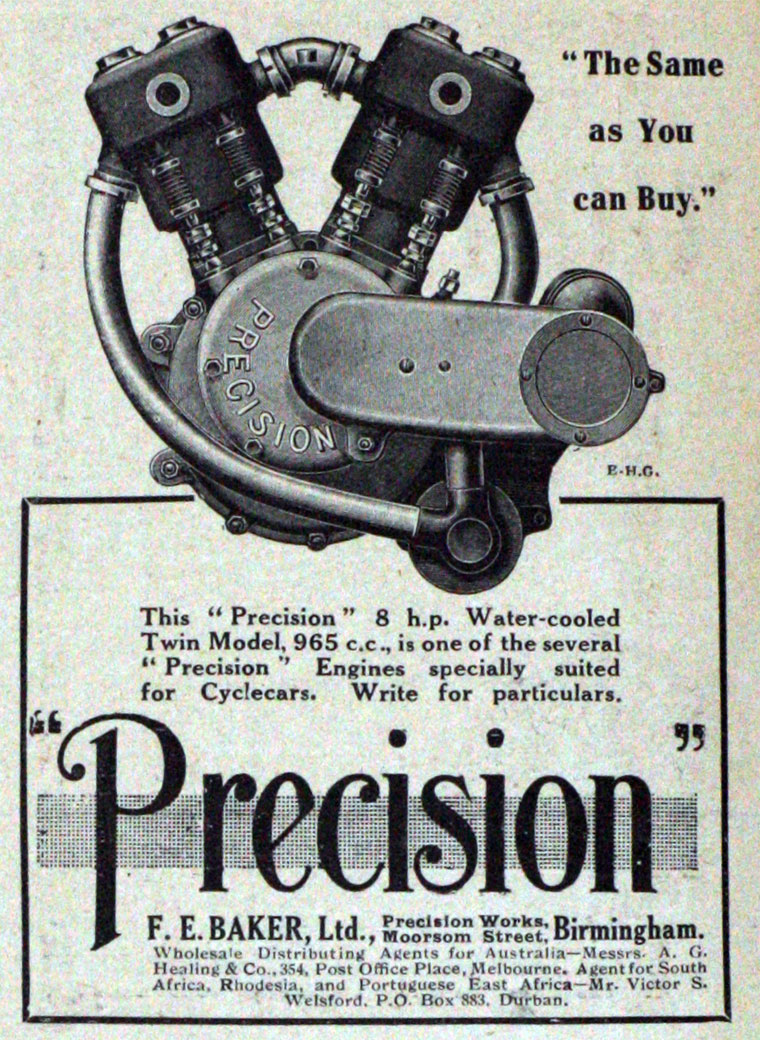 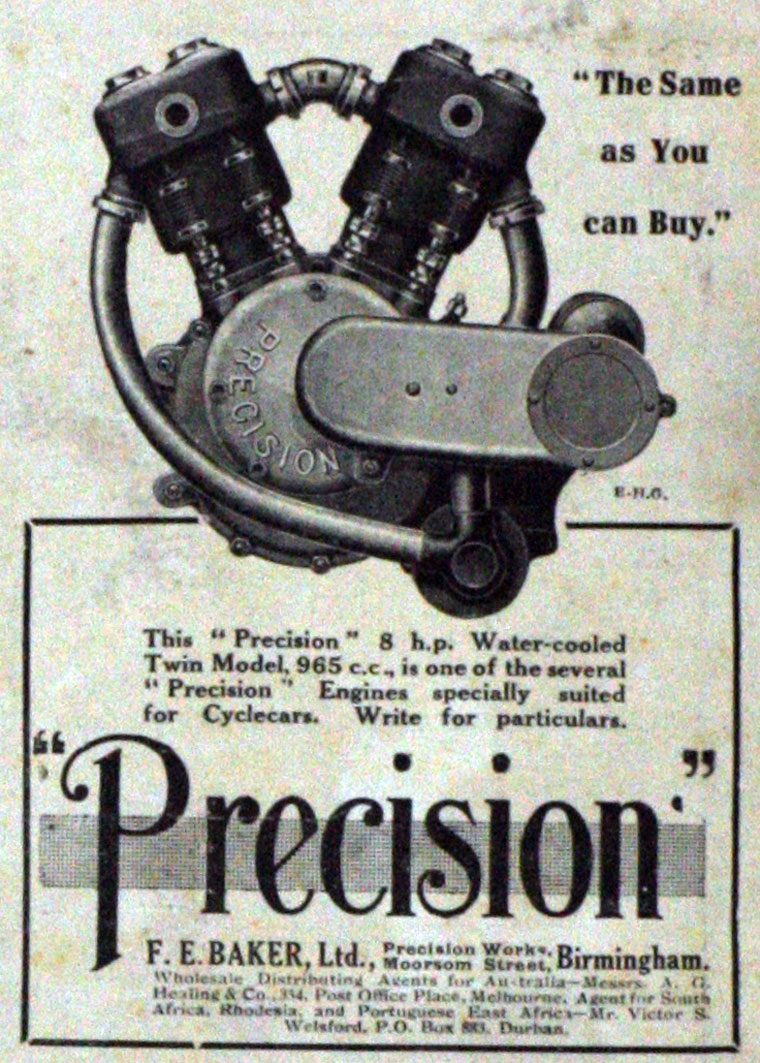 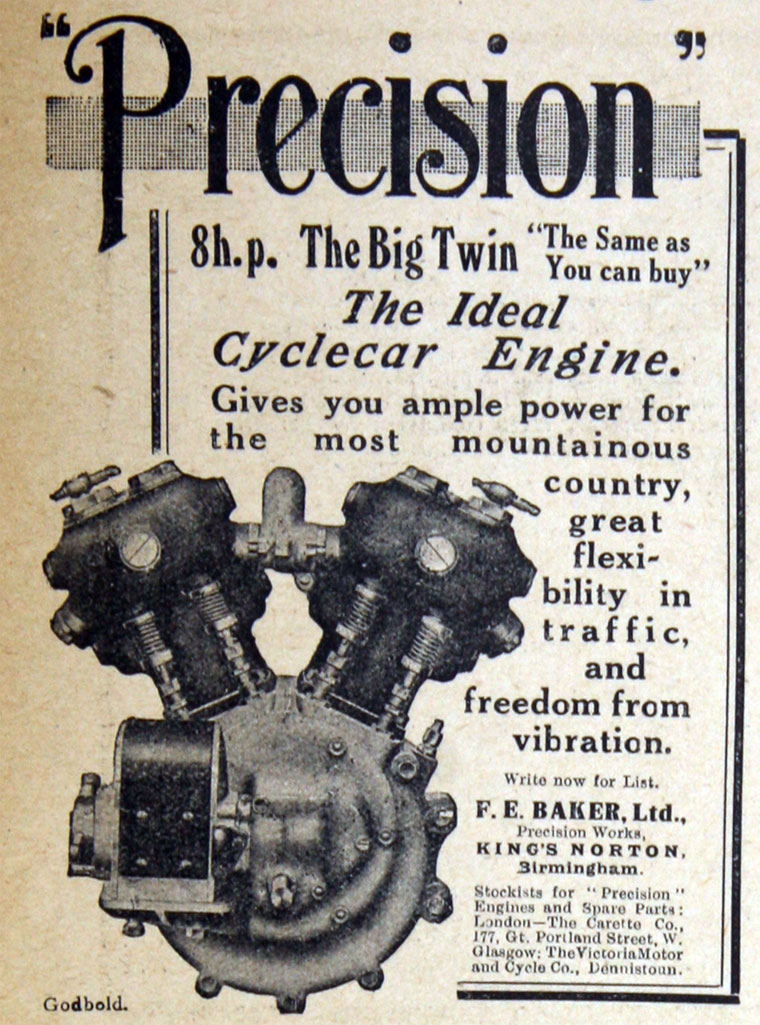 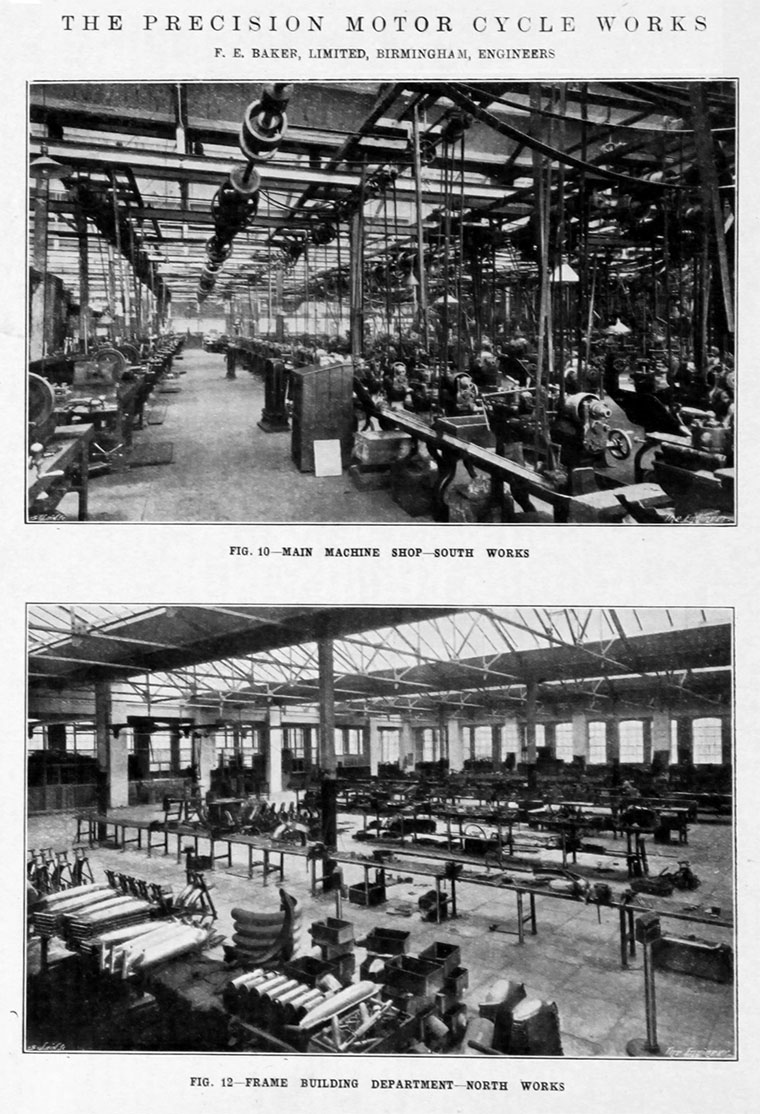 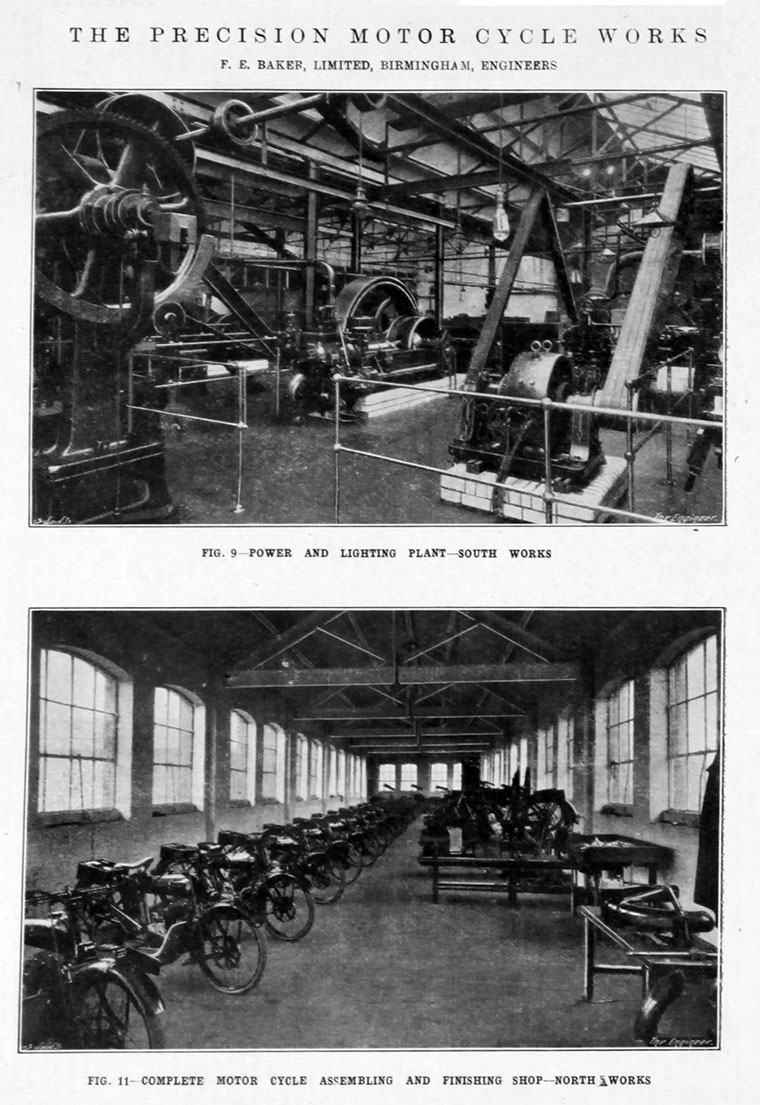 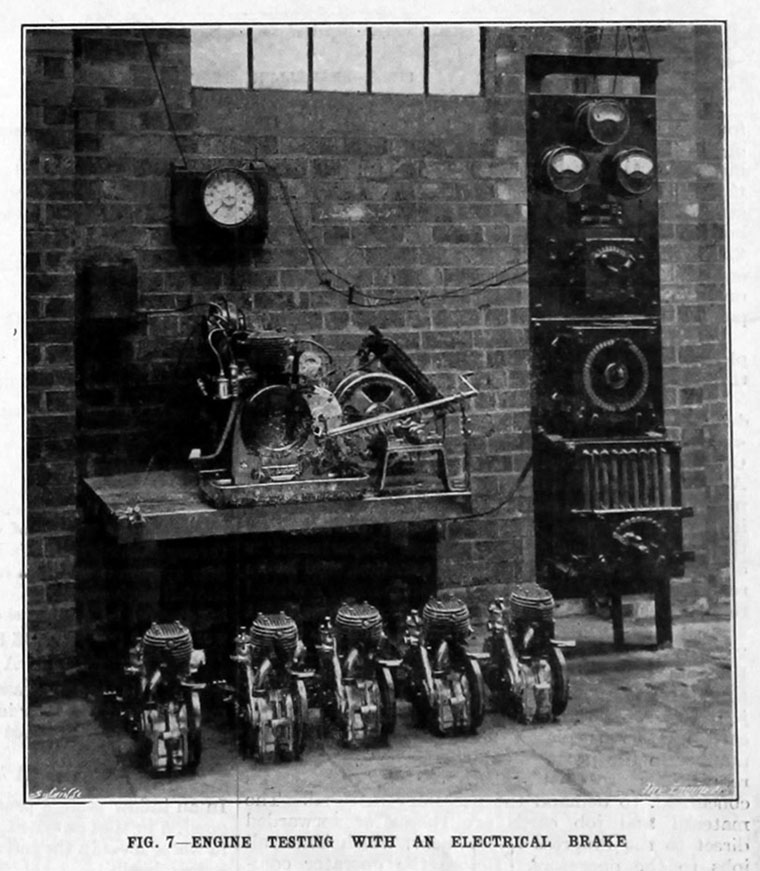 1920. Engine Testing with and Electrical Brake. 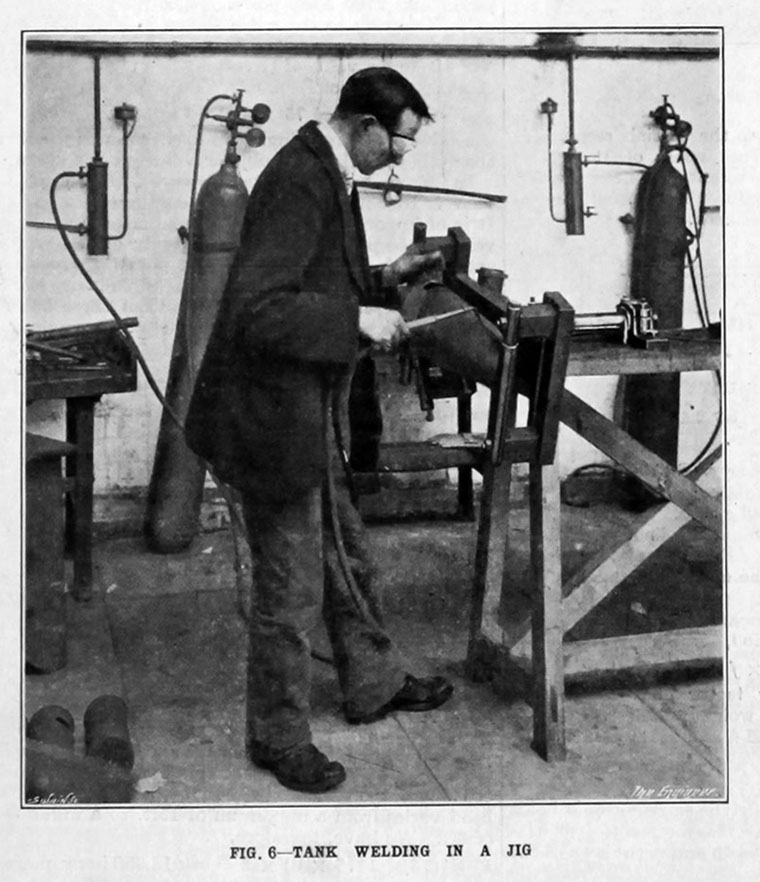 Precision motorcycles were produced from 1912 to 1919, in Moorsom Street, Birmingham.

1906 Company was founded by Frank Edward Baker to build bicycle fittings under the Precision name.

Precision motorcycles were produced from 1912 to 1919, in Moorsom Street, Birmingham.

By 1914 they employed 400 persons and produced 100 engines per week. Long description of this factory in "The Engineer". Tom Biggs joined as chief designer.

Post-World War I, they released a complete motorcycle, designed by Tom Biggs, using their own 350cc two-stroke engine, in 1919. Production of a complete machine was difficult so Bakers formed an arrangement with William Beardmore and Co who injected new capital into the company; the machines were known as Beardmore Precision.[1]

Baker's engines were featured in numerous trials and race winners in the 1920s. But sales were falling and an attempt to introduce a new 250cc engine failed when the leaf-spring valves caused excess guide wear. There was also a model with a Barr and Stroud engine, and an ohc model which did not see production.

1924 Beardmores withdrew its capital in 1924; the company closed

1926 Frank Baker established a new company, Baker Motor Cycles, to make two-strokes under his own name.