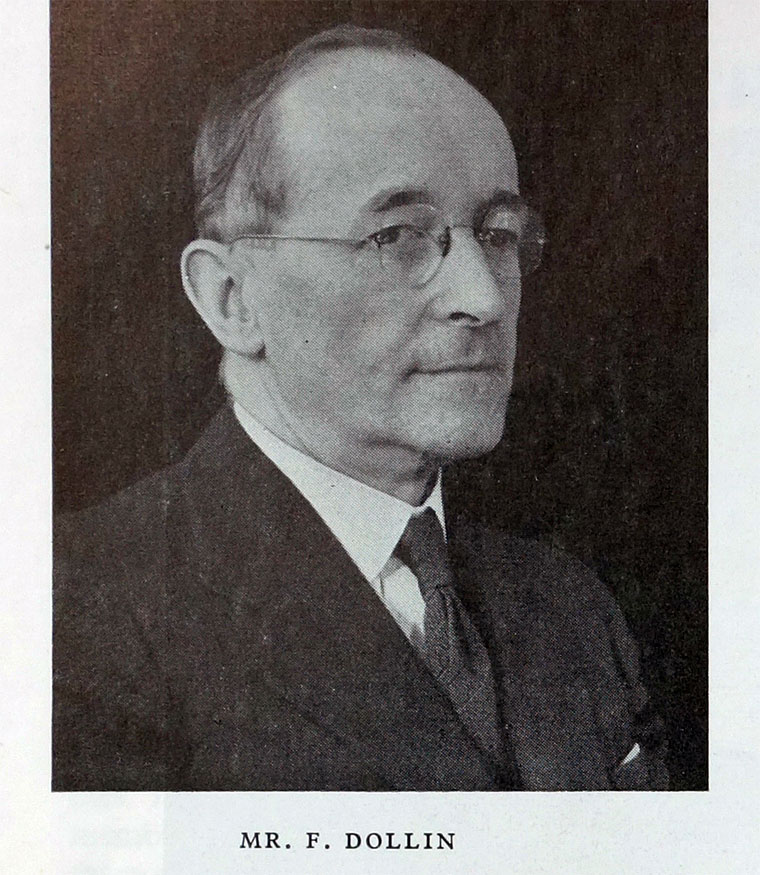 Mr. Dollin was educated at the City and Guilds of London Institute Technical College, Finsbury, and graduated with first class honours at London University.

He served his apprenticeship with the Metropolitan-Vickers Electrical Company, Ltd., and spent four years in the firm's research departments. From 1926 to 1933 he was with the Westinghouse Electric and Manufacturing Company, U.S.A., and was engaged on experimental work in connection with steam turbines.

In 1933 he joined the staff of C. A. Parsons & Company, Ltd., Heaton Works, Newcastle upon Tyne, and became chief turbine designer in 1944. He presented the British paper on steam turbines at the World Power Conference held in London in 1950.