Grace's Guide is the leading source of historical information on industry and manufacturing in Britain. This web publication contains 147,192 pages of information and 233,429 images on early companies, their products and the people who designed and built them. 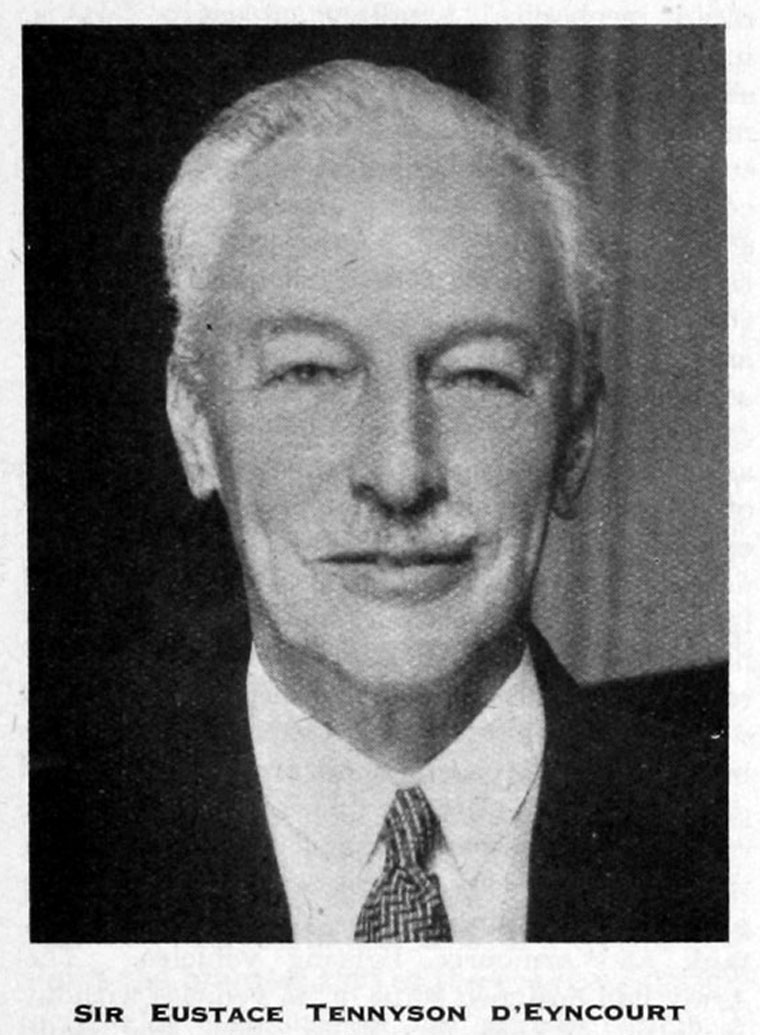 THE news of the death of Sir Eustace Tennyson d'Eyncourt, at his home, Carter's Corner Farm, Hailsham, Sussex, on February 1st, at the age of eighty-two, ha brought a sense of personal loss to many in the shipbuilding industry and particularly those associated with naval construction. Although he had retired from active participation in business, Sir Eustace will be remembered for his distinguished service in many fields, but perhaps mainly for his work as Director of Naval Construction from 1912 to 1923, which covered the first World War, and the immediate post-war period, and also saw a tremendous change in naval design.

He was educated at Charterhouse and left there in 1886, but did not proceed to Oxford because his parents had realised that his inclinations were towards engineering engineering, and so he was advised to adopt naval architecture and shipbuilding as a profession.

His apprenticeship was served at the Elswick Shipyard of Sir W. G. Armstrong Whitworth and Co., Ltd., and he also studied at the Royal Naval College at Greenwich to complete his technical education. After serving a further seven years as an assistant constructor under Sir Philip Watts, Sir Eustace joined the Fairfield shipbuilding and Engineering Company, Ltd., as naval architect, under Dr. Francis Elgar, to gain experience in merchant shipbuilding.

Four years later, in 1902, he returned to Elswick when Sir Philip Watts left to become the Director of Naval Construction. During the next ten years, Sir Eustace visited many countries, including Argentine, Brazil, Chile, Spain and Turkey, to negotiate naval contracts, and for his services to the Turkish marine he was awarded a Third Class Medjidie.

In 1912, Sir Eustace was appointed to succeed Sir Philip Watts as Director of Naval Construction, and there followed a period of intense activity during which a large number of varied classes of vessels were designed and built to meet the menace of the German navy. Under him, the "Royal Sovereign" class of battleships was built, and also the "Renown," "Repulse" and "Hood," and the famous fast light battle cruisers "Furious," "Glorious" and "Courageous." Many of these vessels served with distinction in both World Wars, the latter vessels as aircraft carriers.

Sir Eustace was responsible for the development of many other naval vessels, such as the "C", "D" and "E " class cruisers, the famous "Flower" class sloops, and many submarines ranging from the "E" class onwards, including the revolutionary "L" vessels, with boilers and turbine machinery to give a surface speed of 24 knots, and the largo "M" class, which mounted a 12in gun. Another item of interest was the development of the bulge method of underwater protection against torpedo attack.

Apart from his activities connected with the Navy, many demands were made upon his skill and energy, and he was chairman of the committee responsible for the design and construction of the first tanks. Yet another job was the building of the airships "R 33" and "R 34," under Admiralty supervision, the latter making the double crossing of the Atlantic.

During the first World War many honours were awarded to Sir Eustace. He was created a C.B. in 1915 and made an F.R.S. in the same year; in 1917 he was given the K.C.B. The United States Government awarded him its Distinguished Service Medal, and the French Government created him a Commander of the Legion of Honour.

After the war he served on the War Office Tank Committee and was responsible for the design of the Washington Treaty battleships "Nelson" and "Rodney."

Sir Eustace relinquished the office of Director of Naval Construction in 1923 to take up the position of managing director of Sir W. G. Armstrong Whitworth and Co., Ltd., and again found himself visiting South American countries to discuss orders for naval vessels. His many other activities included acting as consultant naval architect and engineering director of Parsons Marine Steam Turbine Company, Ltd., from 1928 to 1948; director of La Sociedad de Espaipiola di Construccion Naval, and membership of the Grand Council of the Federation of British Industries. He was appointed to many committees, including the Engineering Joint Council in 1927, and the Chairmanship of the Advisory Committee of the William Froude National Tank. The years brought further honours, a.nd he was created a Baronet in 1930, elected a Foreign Associate Member of the French Academie de Marine, and, in addition to the D.Sc. already bestowed by Durham University, he was made an LL.D. by Cambridge University.

Apart from his many duties, Sir Eustace found time to take an active part in the activities of several professional bodies. He was a member of the Institution of Naval Architects, and of the Institution of Civil Engineers, and served on the Council of the former institution, being elected a Vice-President in 1916. Other offices included President of the Junior Institution of Engineers in 1920, President of the North-East Coast Institution of Engineers and Shipbuilders in 1925, and Master of the Worshipful Company of Shipwrights in 1927. He read many papers before the learned societies, delivered the James Watt Lecture in 1924, and published his book, "A Shipbuilder's Yarn in 1948."

A memorial service has been arranged and will be held at St. Margaret's Church, Westminster, at 12 noon on Wednesday, February 14th.