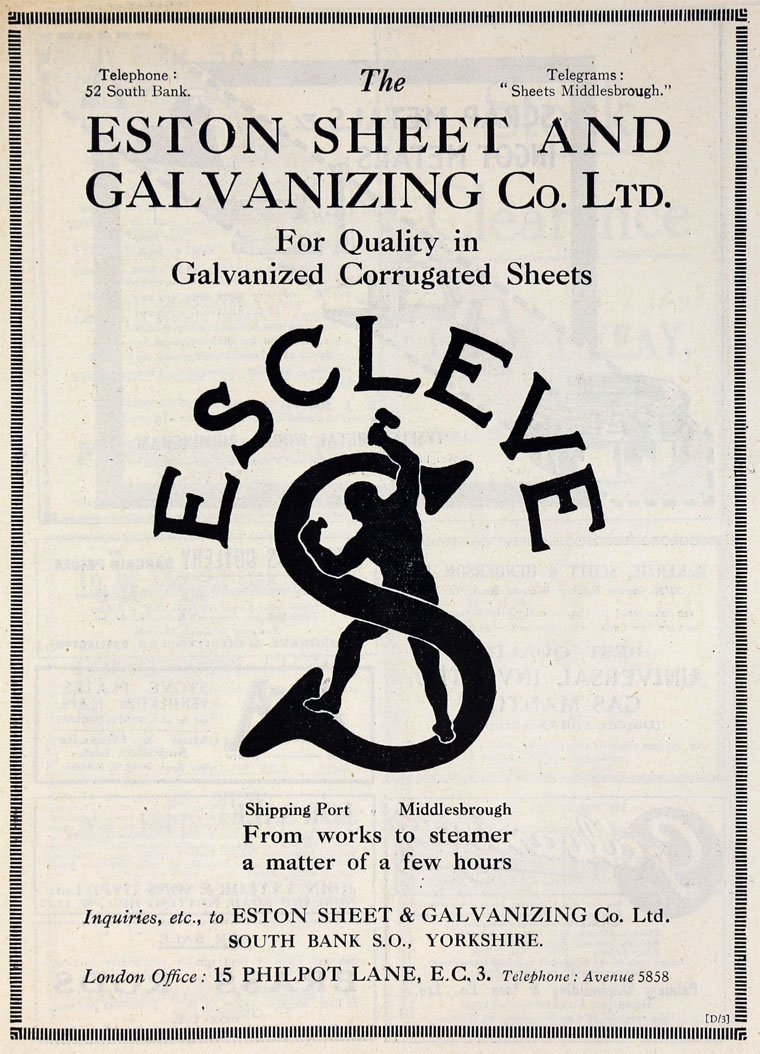 1926 The works situated at South Bank were sold to Mr Charles H. F. Bagley, of Darlington. They covered an area of seven acres and were built in 1912. When they were originally laid down four sheet mills were erected, and two more were put up in 1920. The output capacity was 600 tons per week. The works were one of the few on Tees-side which had been able to carry on and keep their workmen fully employed throughout the coal stoppage. [1]