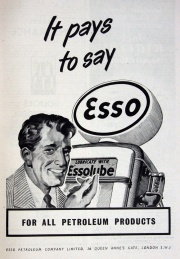 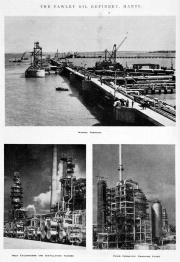 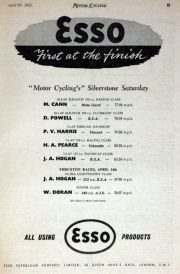 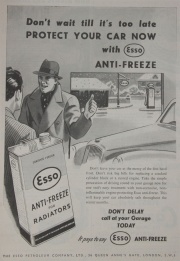 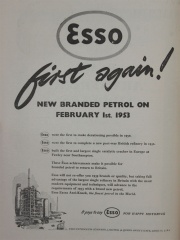 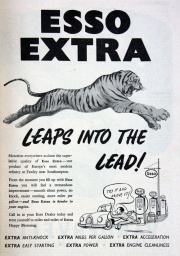 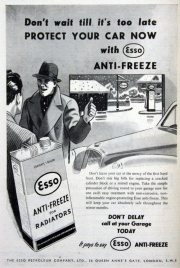 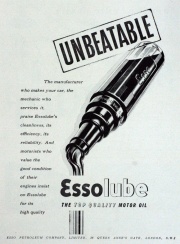 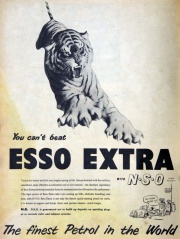 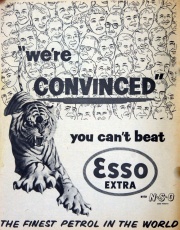 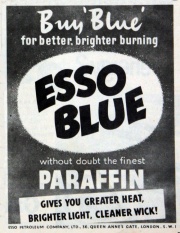 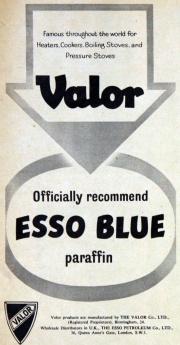 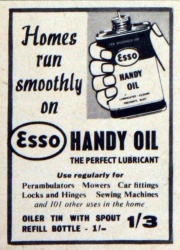 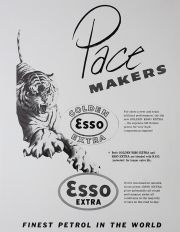 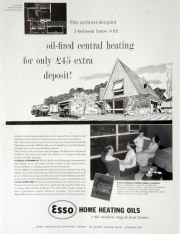 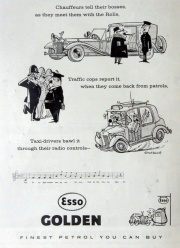 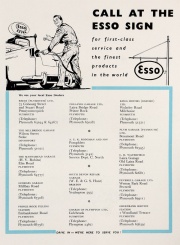 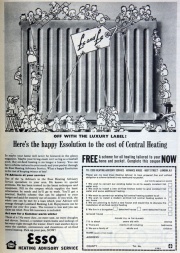 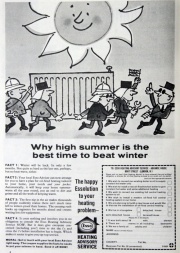 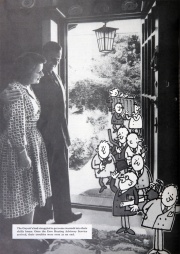 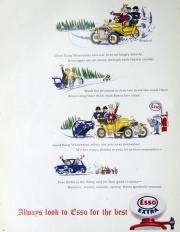 In the UK, Esso Blue was the brand name of Esso's paraffin oil (kerosene) for domestic heaters. Their TV advertising song from the 1950s through to the 1970s was the famous "Bom, Bom, Bom, Bom, Esso Blue!" A later campaign used the well-known song tune of "Smoke Gets in Your Eyes" cleverly reworded as: They asked me how I knew, it was Esso Blue, I of course replied, with lower grades one buys, smoke gets in your eyes. ... The non-smoking paraffin.

1958 A petrochemicals plant was constructed alongside the Fawley refinery and began operation in 1958.

1962 Esso Petroleum began delivering supplies of ethylene from Fawley to the ICI works at Severnside by pipeline, the first Esso distribution pipeline in the UK.

1963 Two further pipelines were opened, this time to a fuel terminal in Staines.

1963 Anglo-American opened an office in London to oversee a series of seismic surveys in the North Sea.

1964 Shell and Esso established a joint operation for seismic survey, which succeeded in obtaining 75 blocks in the UK's first Licensing Round in 1965, with Shell Expro as the operator for the joint venture.

By 1966 the North Sea operation had discovered the Leman Bank and Indefatigable gas fields.

1980 Esso shops were introduced at service stations, aimed at providing 'corner shop' convenience to motorists when they refuelled

1985 Opened further lines to Birmingham and the north west of England.