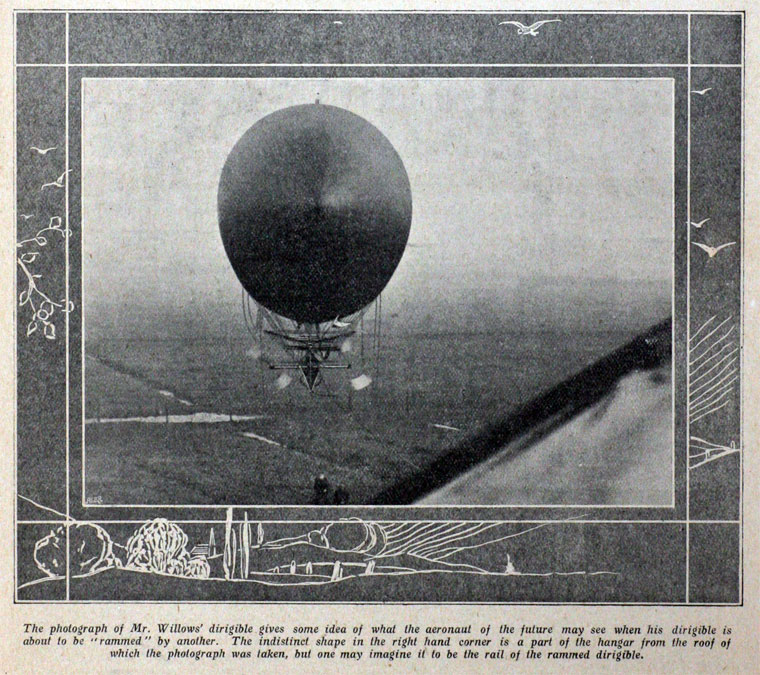 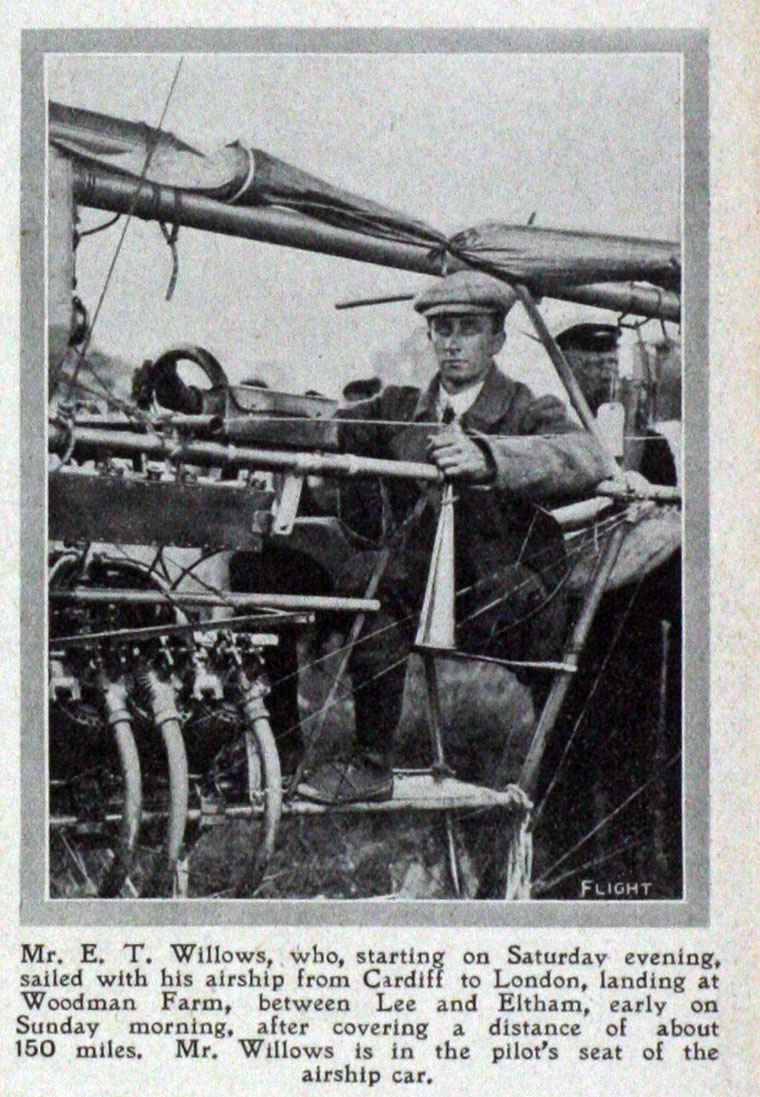 Ernest Thompson Willows (1896-1926), aviation pioneer and aircraft designer, was born in Cardiff. He started designing his own craft at the age of nineteen, and made his first flight in 1905.

In July 1910 he flew his airship from Cheltenham to Cardiff.

He developed a method of powering hot air balloons using moveable propellers - this meant that balloons could be steered.

This was soon followed by an improved Willows No. 2 in which he landed outside Cardiff City Hall on 4 June 1910. No. 2 was re-built as No. 3 which he named the City of Cardiff before he flew from London to Paris in 1910 with Frank Widenham Goodden.

1912 Legal action against him brought by the North British Rubber Co but he claimed their material was not fit for purpose and refused to pay them £253. [1]

Willows moved to Birmingham to build his next airship the Willows No. 4. First flown in 1912, it was sold to the Admiralty for £1,050 and it became His Majesty's Naval Airship No. 2.

With the money from the Navy Willows established a spherical gas balloon school at Welsh Harp, Hendon near London, although this did not stop him building Willows No. 5 in 1913, a four-seater designed to give joy rides over London.

During the first world war Willows built kite or barrage balloons in Cardiff. After the war he continued with ballooning but on the 23 August 1926 he died in a balloon accident at Hoo Park, Kempston, Bedford along with two passengers.