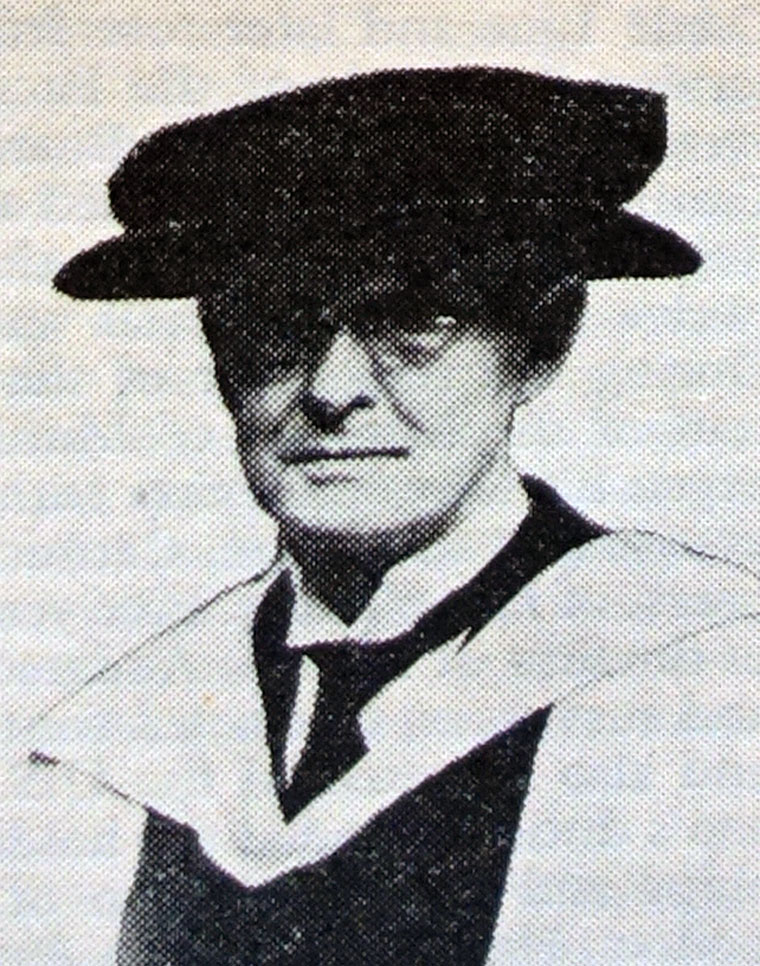 "BY the death of Professor Ernest Horace Lamb, which occurred suddenly at his home, 1, Cranmer Road, Cambridge, on Saturday last, October 12th, the University of London has lost a distinguished Professor of Engineering. He was created Emeritus Professor of Civil and Mechanical Engineering at Queen Mary's College, London, during the present year. He died in his sixty-eighth year.

He was the eldest son of the late Professor Horace Lamb, F.R.S., and was born in Adelaide, South Australia. He came to Manchester and attended the Manchester Grammar School and afterwards continued his scientific and technical studies at Owen's College, Manchester, which at a later date became the Victoria University.

In 1899 he graduated B.Sc. with First-Class Honours in Engineering. He was the recipient of Ashbury's Engineering Scholarship and a University Scholarship. Later he obtained his M.Sc. and D.Sc. degrees. From 1899 to 1901 he was an. apprentice with Mather and Platt ,Ltd., and for the next two years he worked in the drawing-office on the design of large gas engines. From 1903 until 1913 he was scientific adviser and supervisor of pupils with W. H. Alien, Sons and Co., Ltd., at Bedford. ...Read more

Professor E. H. LAMB, D.S.C., D.Sc., whose death at the age of sixty-eight took place on 12th October 1946, at Cambridge, was the eldest son of the distinguished mathematician, the late Sir Horace Lamb, F.R.S. He attended the Manchester Grammar School and proceeded with distinction through Owen's College, subsequently Victoria College, to which he obtained the Dalton Scholarship, and at which he won Ashbury's Engineering Scholarship and a University Scholarship. He was awarded the B.Sc. degree with First-Class Honours in Engineering in 1899. Later he obtained the M.Sc. and D.Sc. Degrees.

From 1899 to 1903 he was with Messrs. Mather and Platt, Ltd., where he worked on the design of large gas engines. In 1903 he was appointed scientific adviser and supervisor of pupils by W. H. Allen, Sons and Company, Ltd., Bedford.

In 1913, he was appointed Professor of Civil and Mechanical Engineering at East London College (University of London), which became Queen Mary College in 1934. During the 1914-18 war, Professor Lamb did meritorious service, joining as an ordinary seaman in the Royal Naval Division, in which he became Lieutenant. Later, as Captain R.M., he served through the Gallipoli campaign. In 1917, he had charge of work on special designs for naval mining appliances at H.M.S. Gunwharf, Portsmouth.

On his return to London in 1919, he began the arduous task of reorganizing the civil and mechanical engineering courses at East London College.

During his academic career, Professor Lamb represented the Faculty of Engineering on the Senate from 1929 to 1934. He also became Vice-Principal of Queen Mary College and retired in 1945, when it was transferred back to London after having been removed to Cambridge at the outbreak of war in 1939.

His final academic distinction occurred shortly before his death, when he was made Professor Emeritus.

Professor Lamb was elected a Member of the Institution in 1914, and an Associate Member of the Institution of Civil Engineers, and contributed many papers to the scientific and technical press, made valuable by his wide engineering experience and his thorough knowledge of mathematics and physics. Professor Lamb will be remembered with warm regard by his many students, whose problems he always understood and to whose advancement he constantly worked, by his colleagues, in whom he infused a devotion to their profession as engineers and teachers. His brilliant mind and unassuming manner, his warm sense of humour and understanding, and his interest in a wide variety of subjects have won him a large circle of friends.