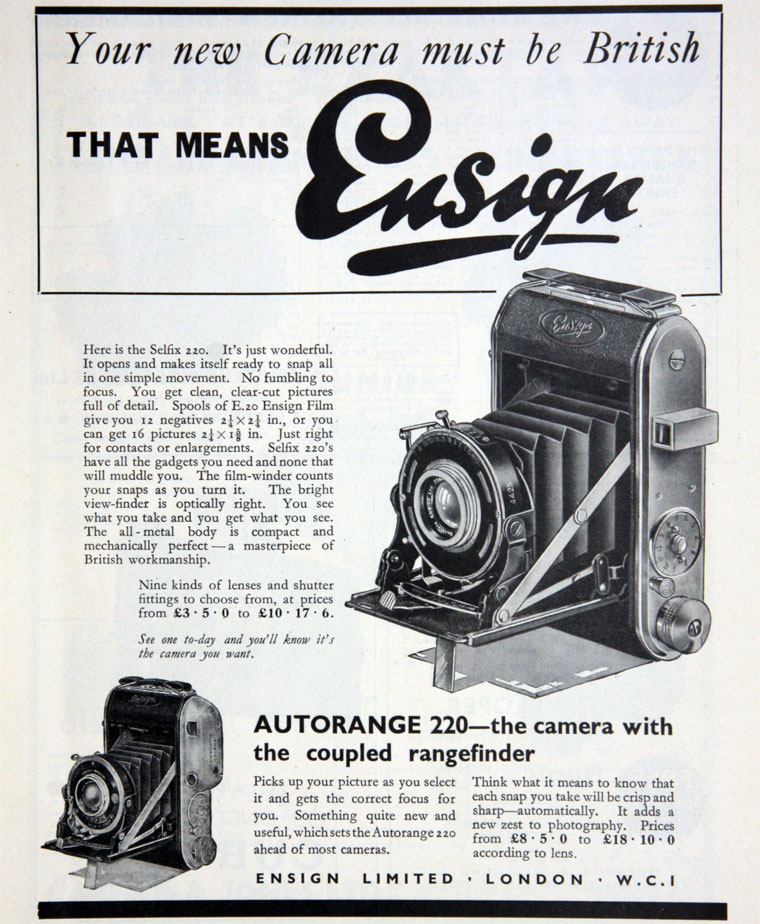 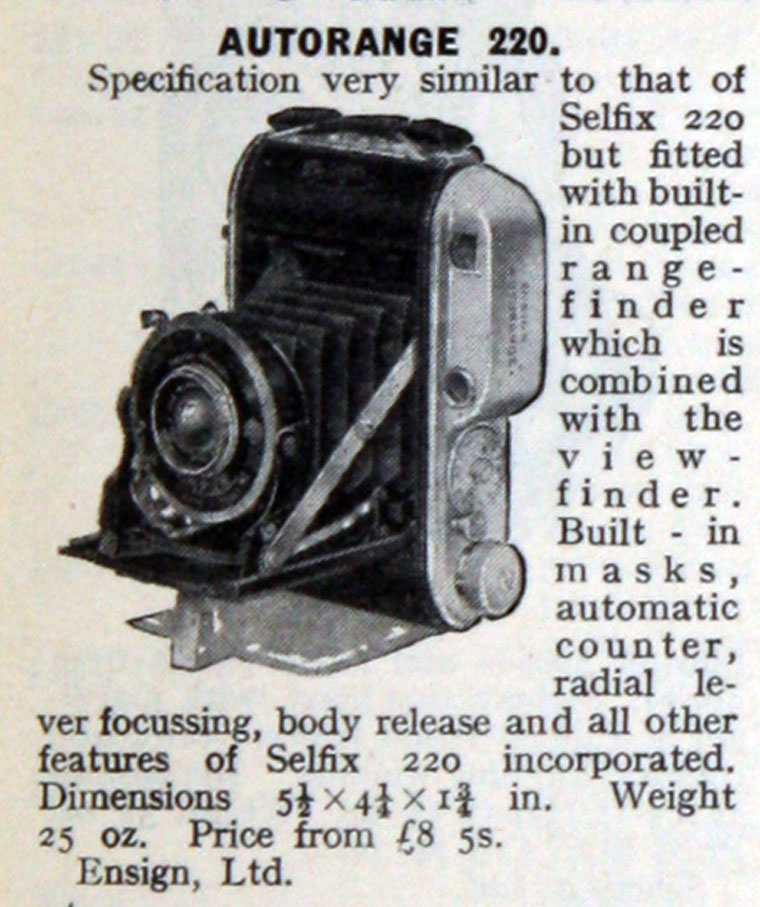 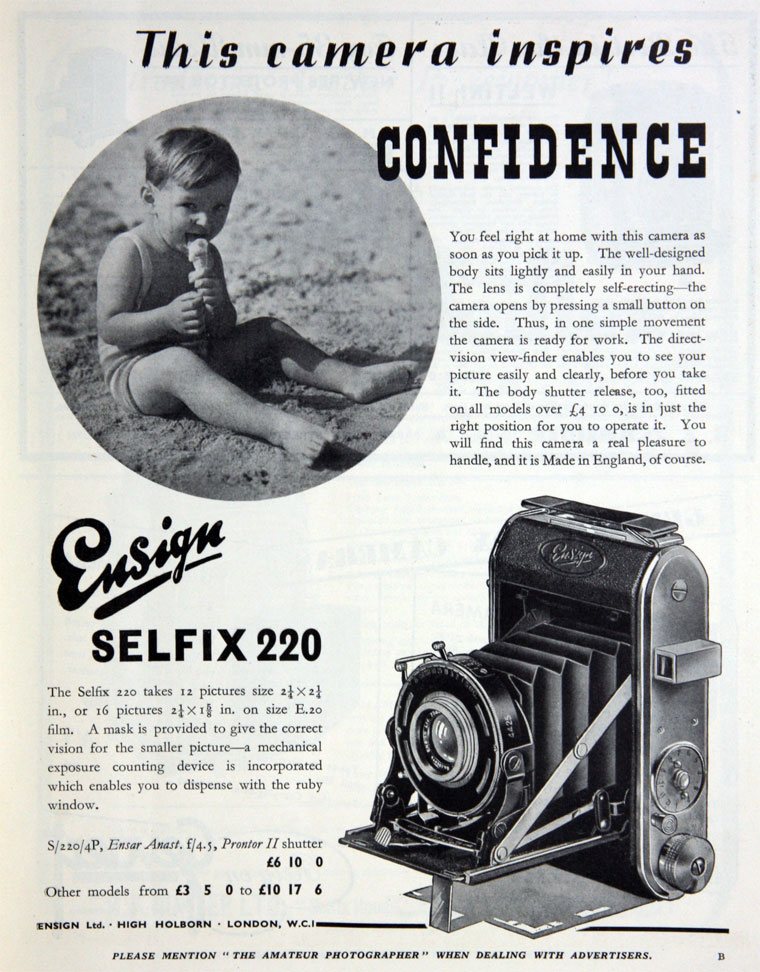 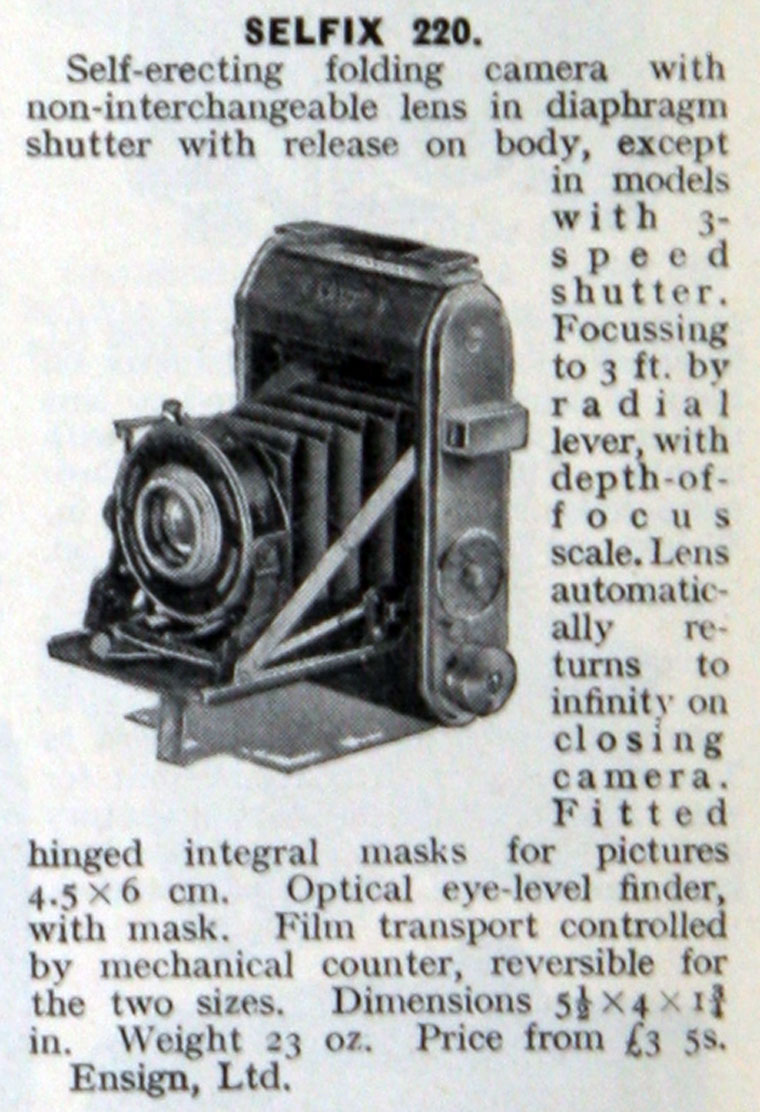 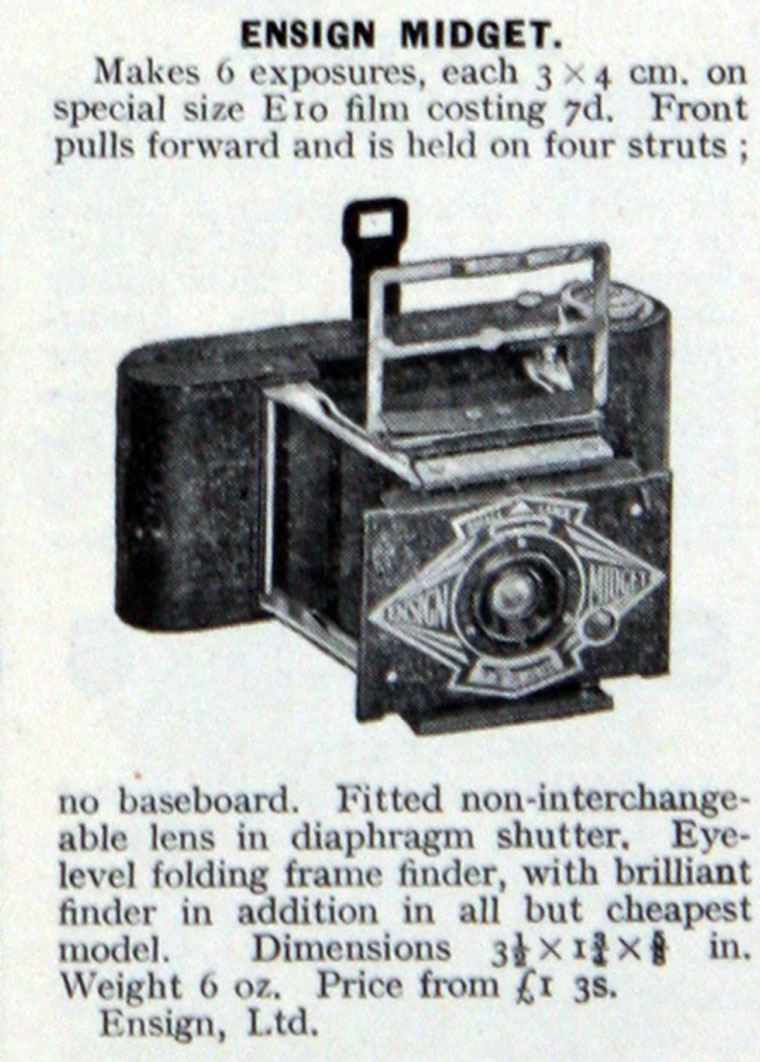 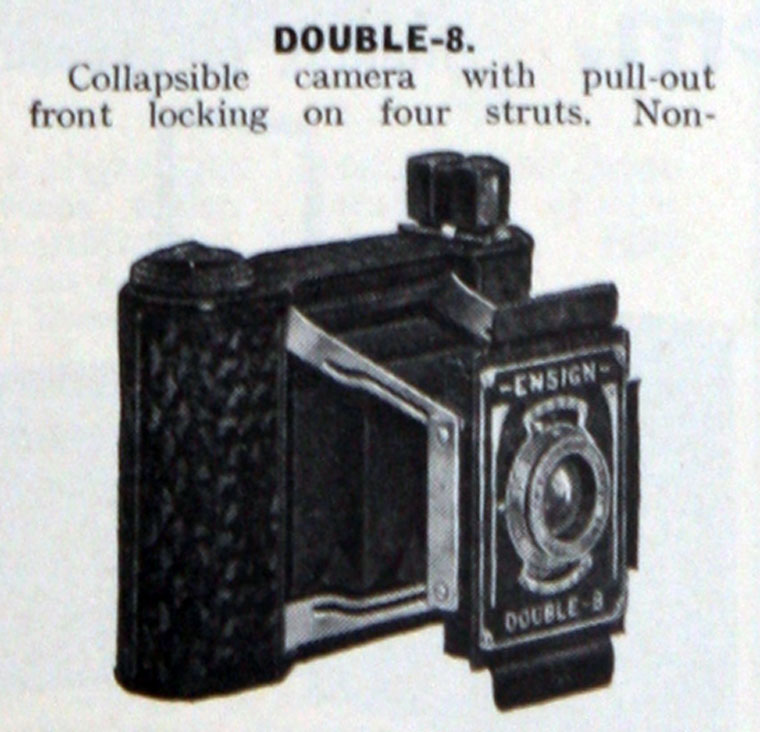 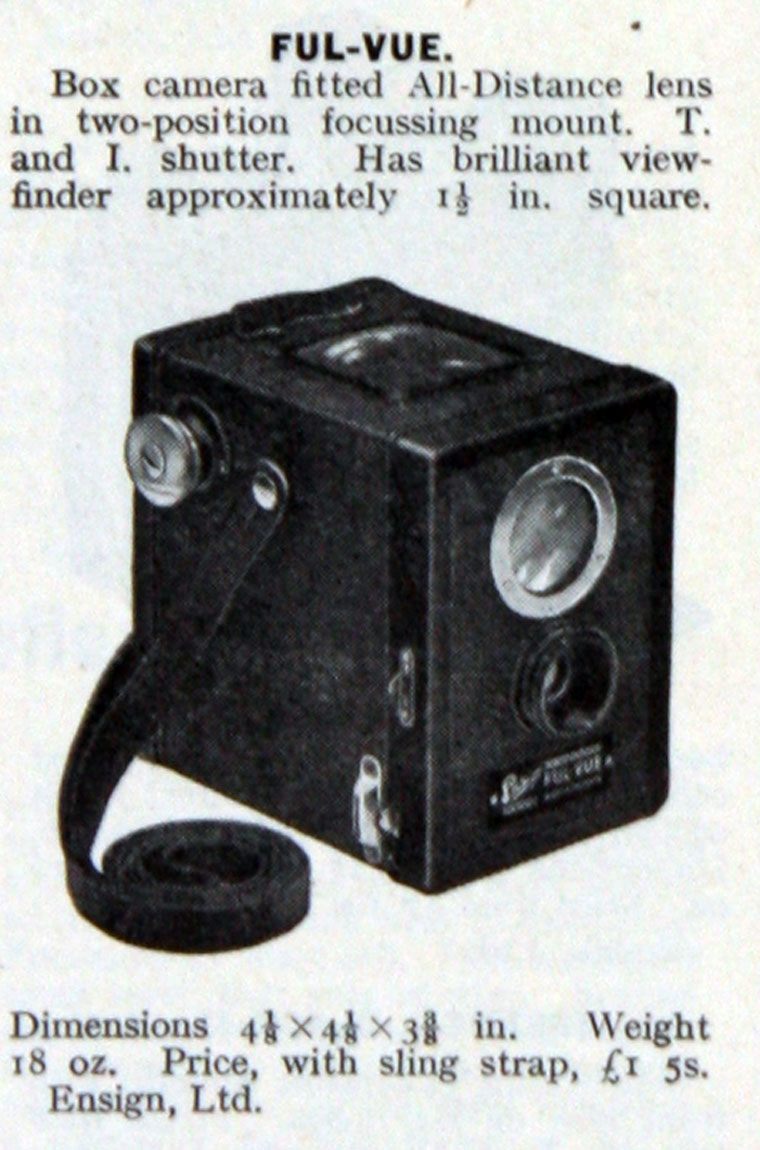 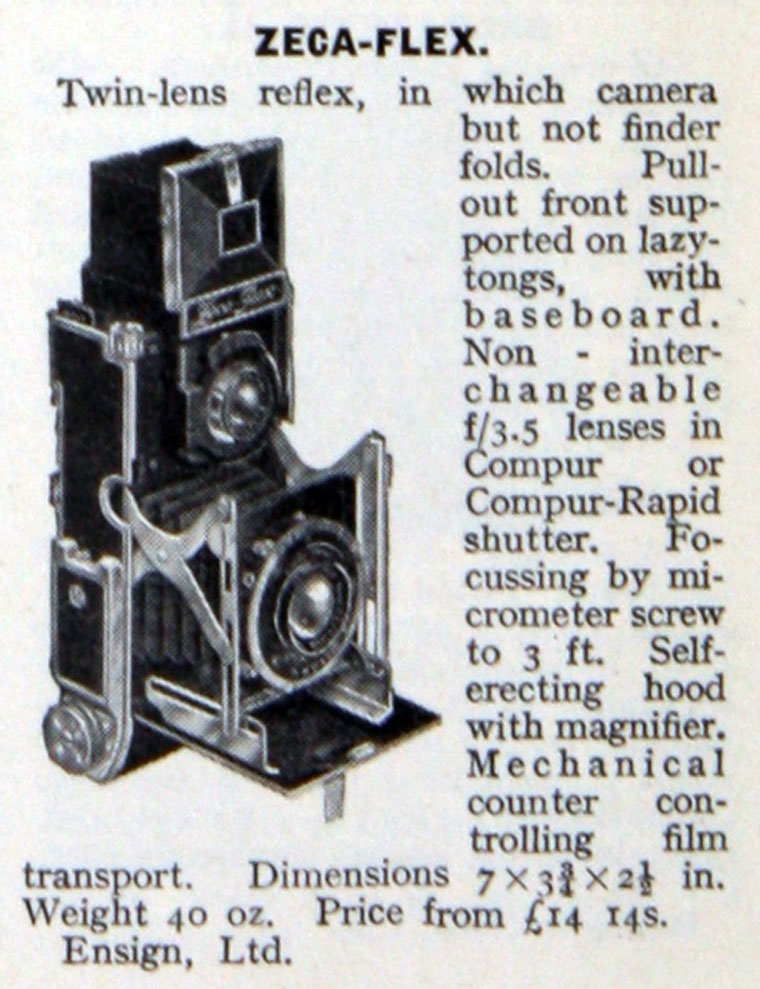 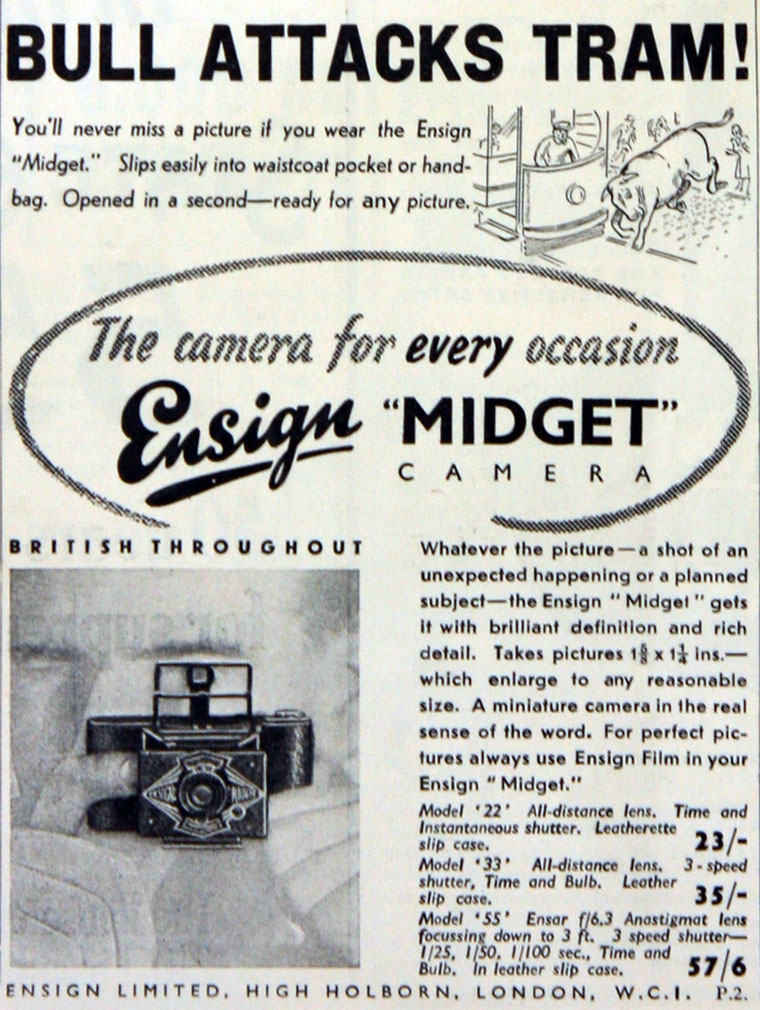 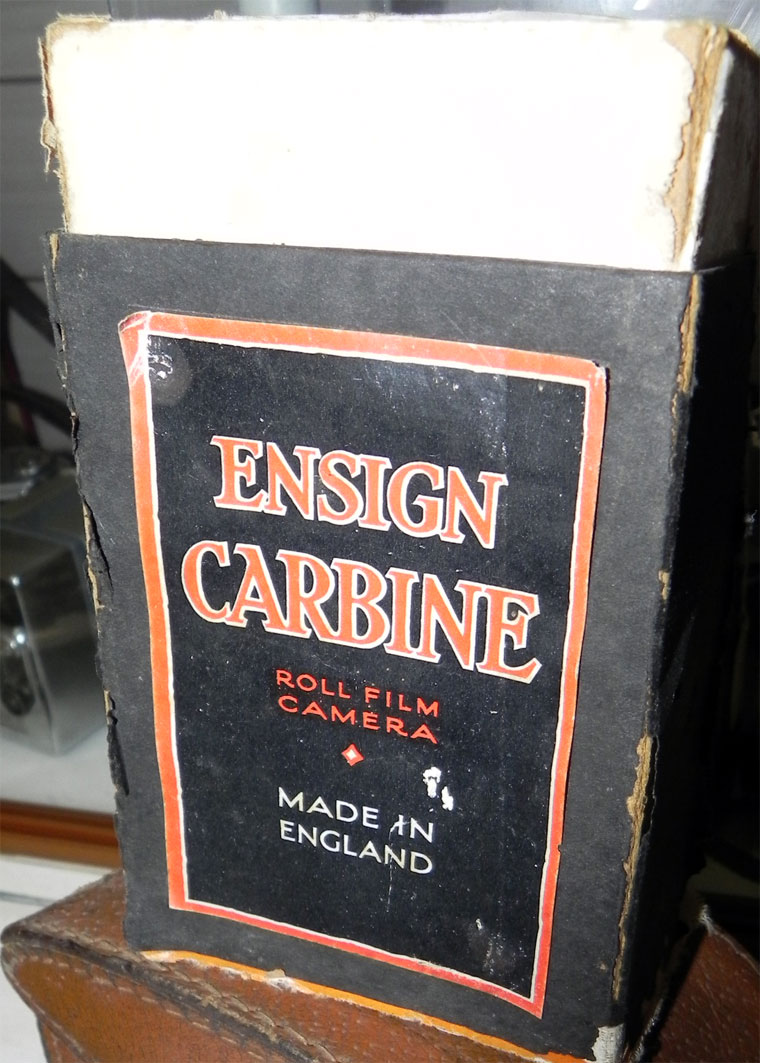 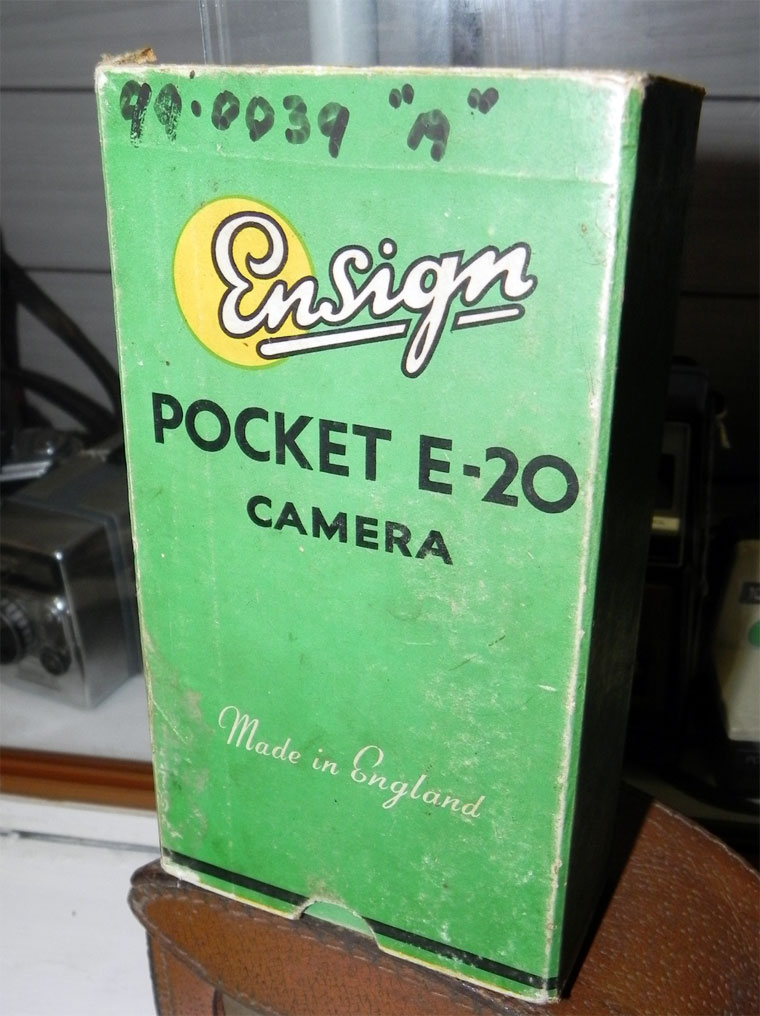 In 1939 the company introduced the Ensign Ful-Vue box camera, one of the most popular cameras of its time in the UK.

1940 The headquarters of the trading company Ensign were destroyed by an air raid on the night of 24/25 September. In October, the assets of the company, including enlargers, epidiascopes and cine-cameras, were taken over by Johnson and Sons Manufacturing Chemists, but the trademark Ensign was kept by the manufacturing company Houghton-Butcher Manufacturing Co which assumed the advertising and distribution of the Ensign cameras alone until 1945.

1945 Houghton-Butcher Manufacturing Co entered an association with the film maker Elliott and Sons (maker of the film brand Barnet) and became Barnet Ensign.