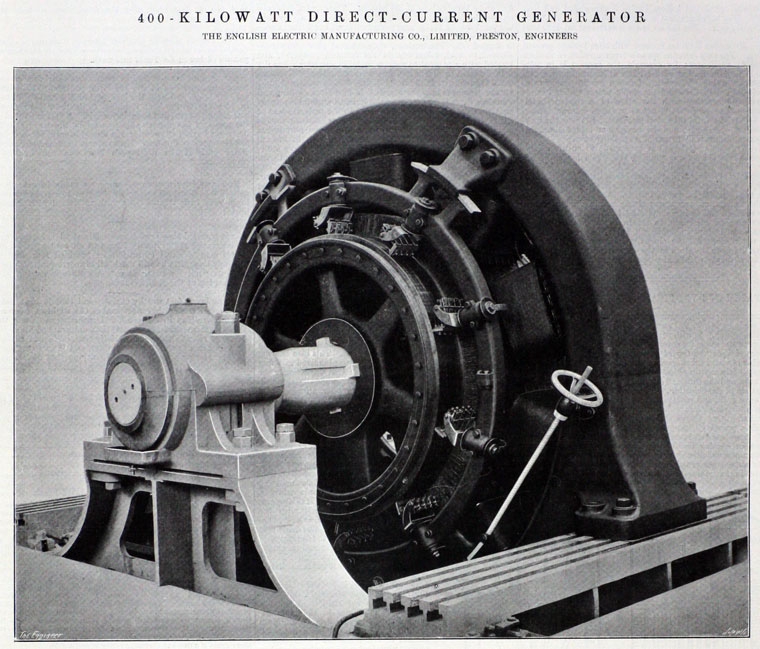 1899 Company incorporated, with public issue of shares, to acquire the works being constructed at Preston by the Equipment Syndicate of Manchester, for purpose of manufacturing every variety of electrical machinery, particularly for use by railways and tramways[1]. The works was expected to be complete by 1900. One of the directors of the company was John Kerr; the technical director was Sidney Howe Short of USA, holder of various patents. The company would acquire certain orders given to the vendors by Dick, Kerr and Co.

NB The works of the New Electric Manufacturing Co were completed in Strand Road, Preston in 1900 to make tramway equipment - perhaps this is the same?[2]

1900 June. Tramways and Light Railways Exhibition at Islington - Dick, Kerr and Co exhibited in conjunction with the English Electric Manufacturing Co and the Electric Railway and Tramway Carriage Works [3]

1902 Joint exhibit by Dick, Kerr and Co, the English Electrical Manufacturing Company, and the Electric Railway and Tramway Carriage Works, Limited at the International Tramways and Light Railway Exhibition[4]

1904 The company had been liquidated; a meeting of the members to receive a report was held at the offices of Dick, Kerr and Co in London[6]