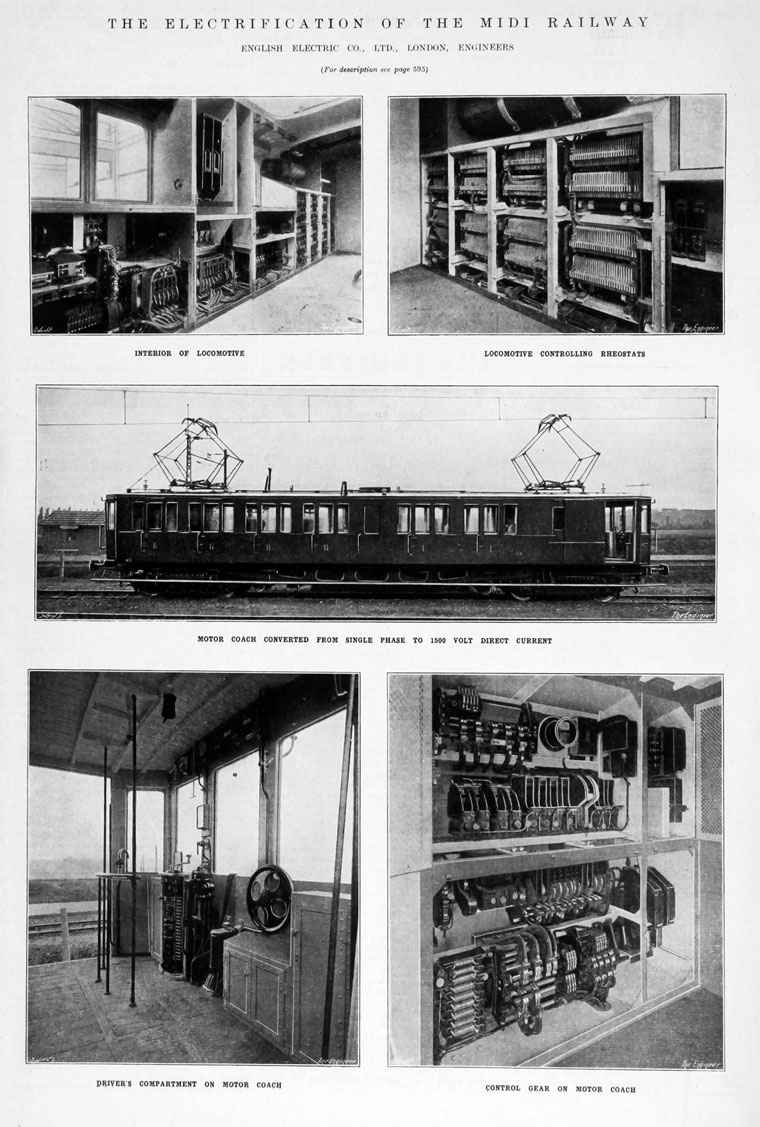 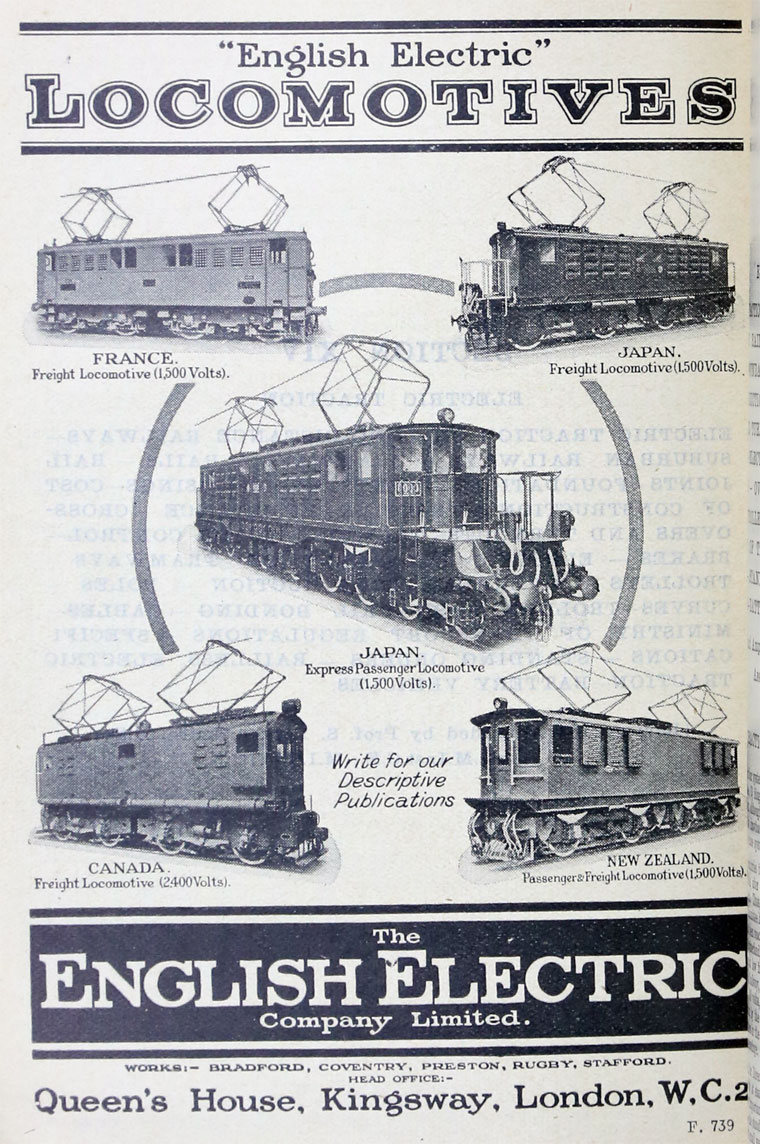 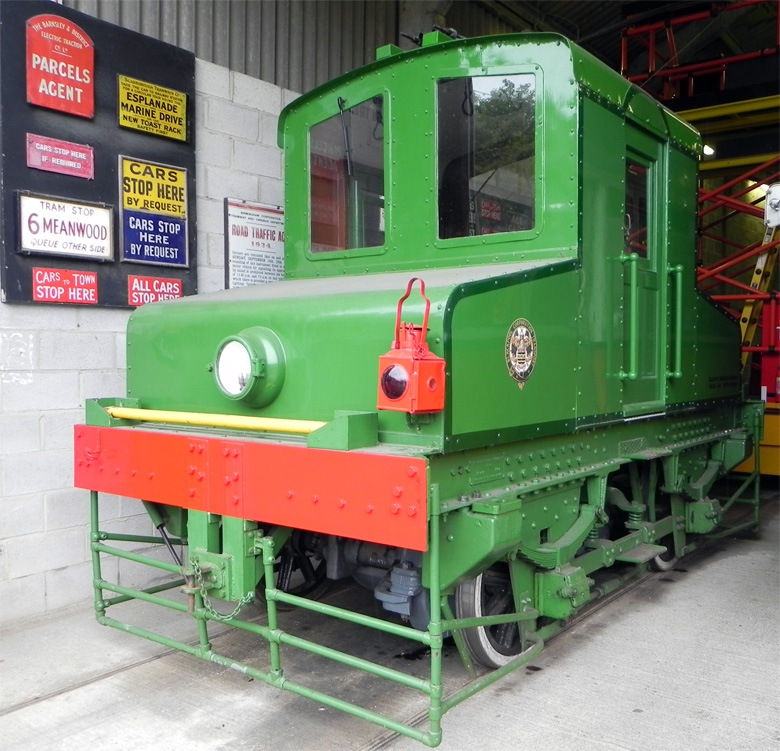 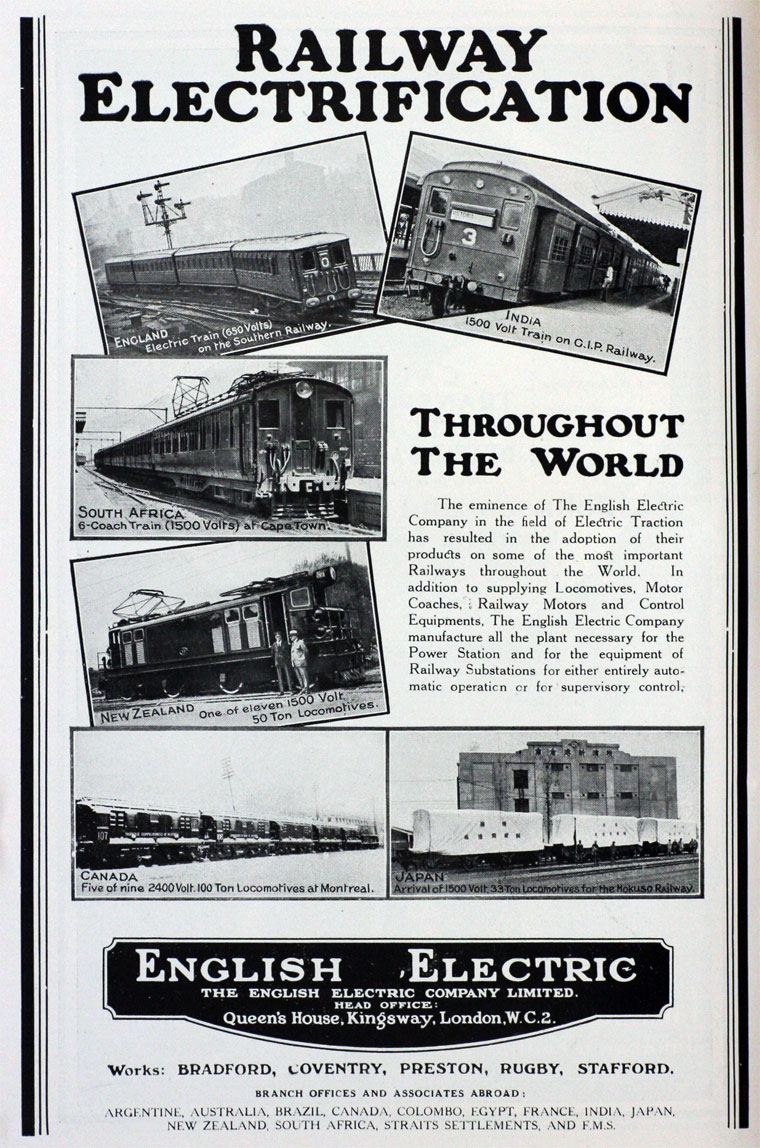 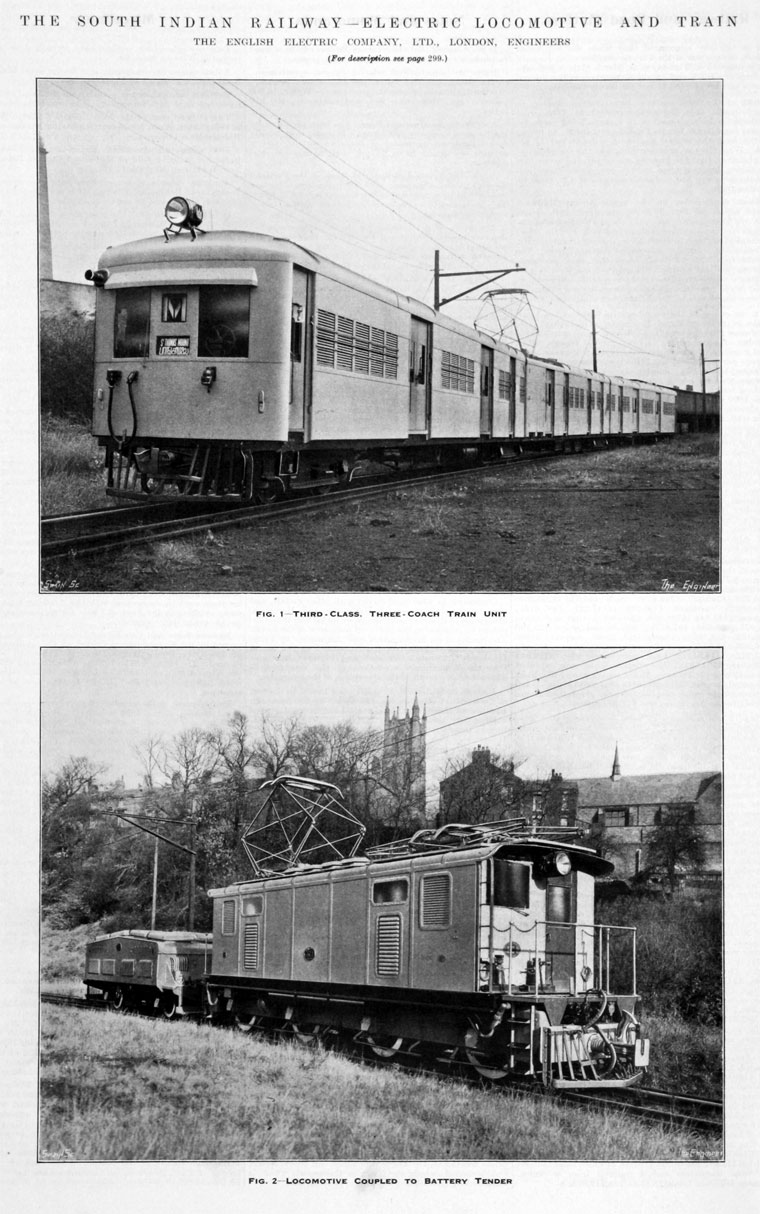 1931. Electric Locomotive and Train for the South Indian Railway. 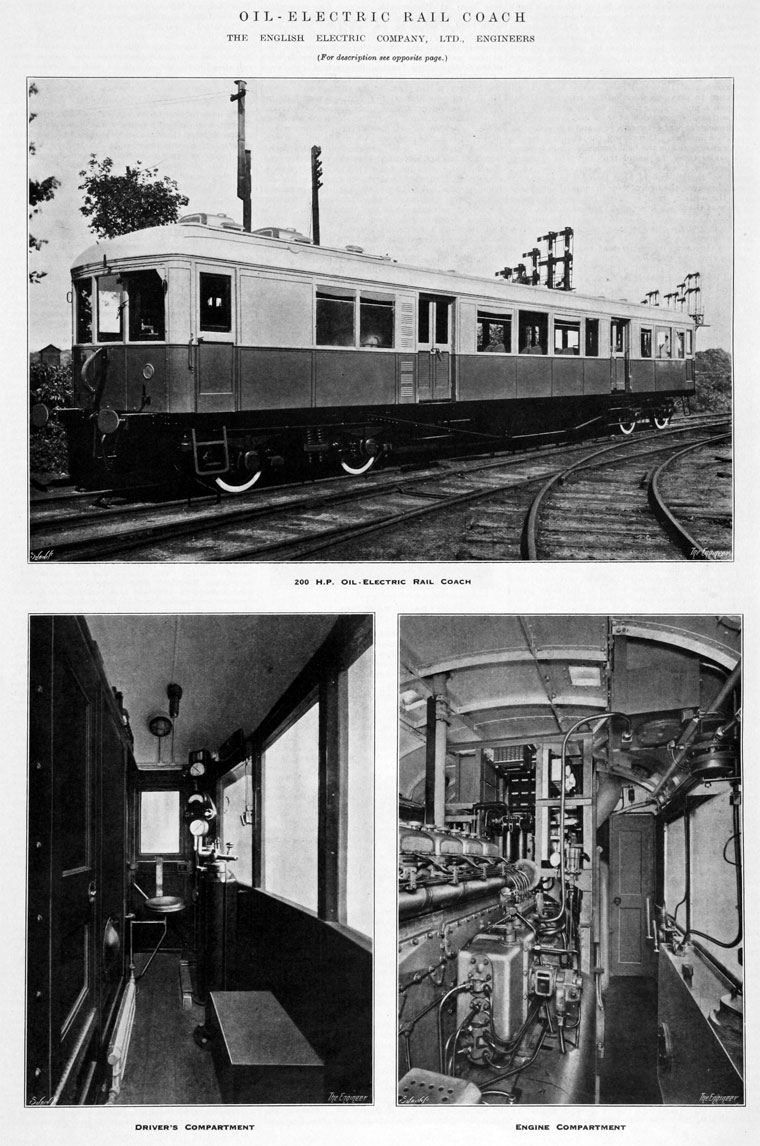 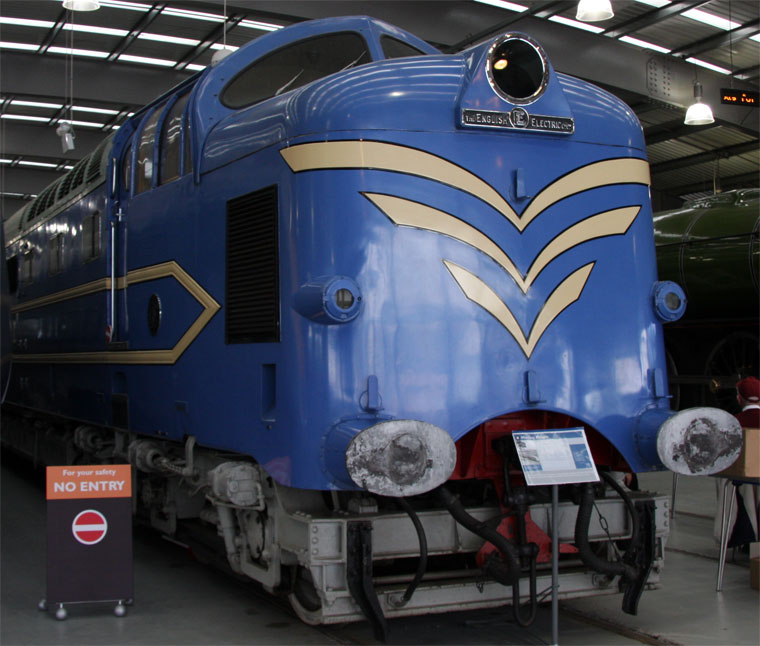 1955. Deltic Locomotive built at the Dick, Kerr and Co works then owned by EE. Exhibit at the Shildon Locomotion Museum.

1919 Dick, Kerr and Co's traction activities were concentrated at Preston and continued there until 1930

c1935 English Electric supplied equipment for the electrification of the Southern Railway system, which gave it a strong and lasting position in the traction market. The EE507 traction motor was to become almost universal across the British Rail's Southern Region.[1]

1962 A new wholly-owned subsidiary was formed: English Electric Traction, to bring all its railway-related activities under one management. These included The Vulcan Foundry, Robert Stephenson and Hawthorns and W. G. Bagnall[2].