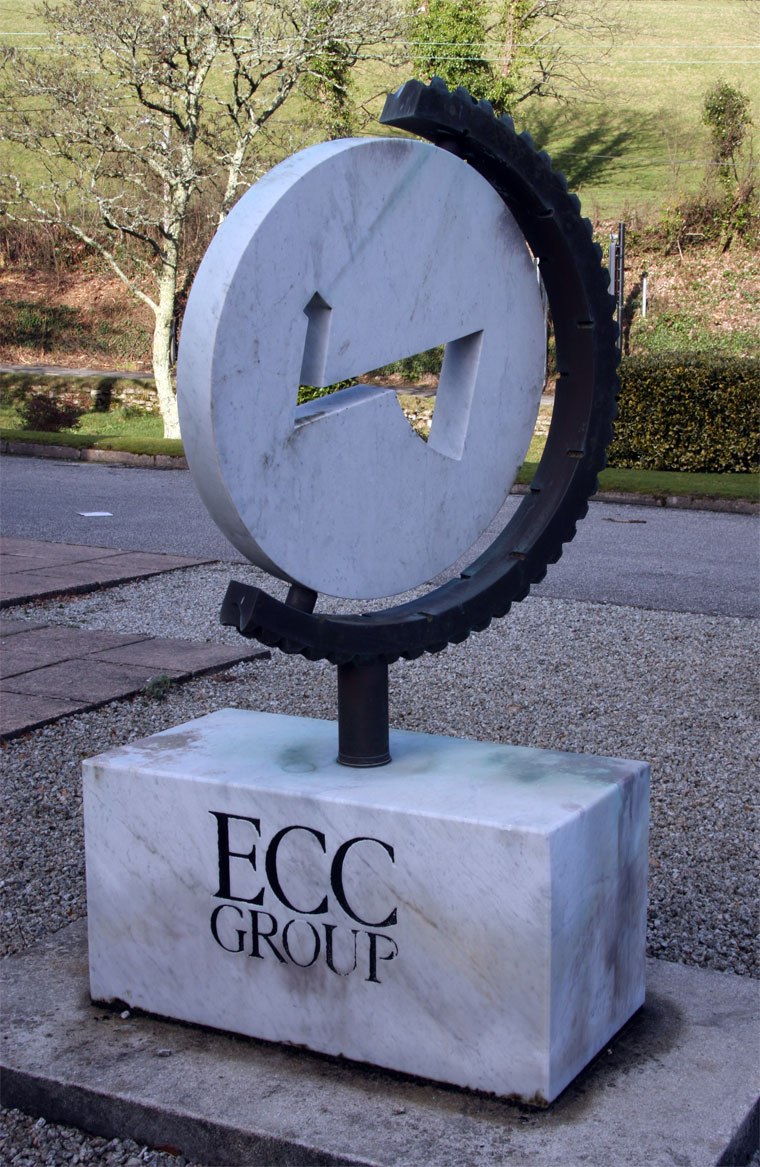 ECC or English China Clays was primarily a mining company involved in the extraction of Kaolin, based in St Austell, Cornwall.

Formed in 1919 by the merger of West of England China Clay Co, Martin Brothers and North Cornwall China Clays. The three companies accounted for around half the output at the time.

This merger was subsequently followed by the merger of ECC with two of its main rivals; John Lovering and H. D. Pochin. This formed the new company English Clays, Lovering, Pochin, & Co. (ECLP and Co. Ltd), subsequently known as ECC International Ltd.

During the 1950s, ECC acquired the London, Australian company and Hexter and Budge.

1960s There was a 'scramble' between WBB and ECC to acquire the other companies. ECC acquired Meeth (North Devon) and Pike Brothers, Fayle (a merger of the two Dorset companies), operating its ball clay business under the name of Hexter and Budge and then as ECC Ball Clays. Following these acquisitions, ECC's share of UK ball clay production was about 40%.

By 1969 they had been consolidated by a series of mergers and acquisitions into just two groups, Watts, Blake, Bearne and Co (WBB) and English China Clays (ECC)

ECC International was acquired by the French company Imetal in 1999, changing its name to Imerys.