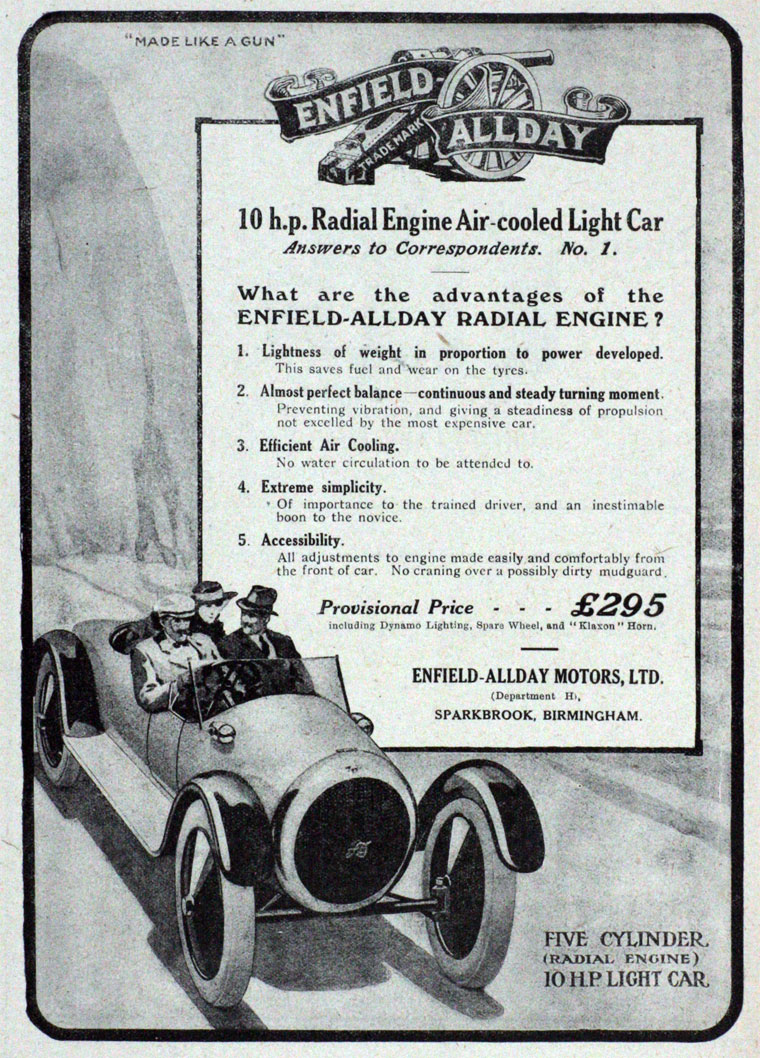 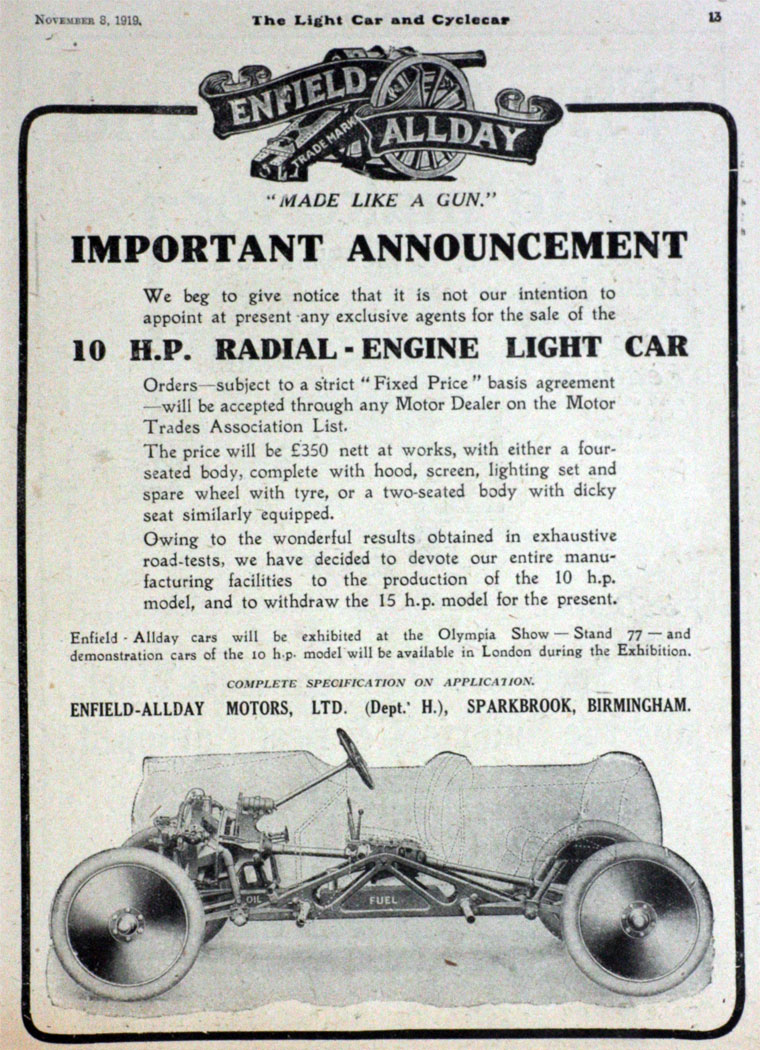 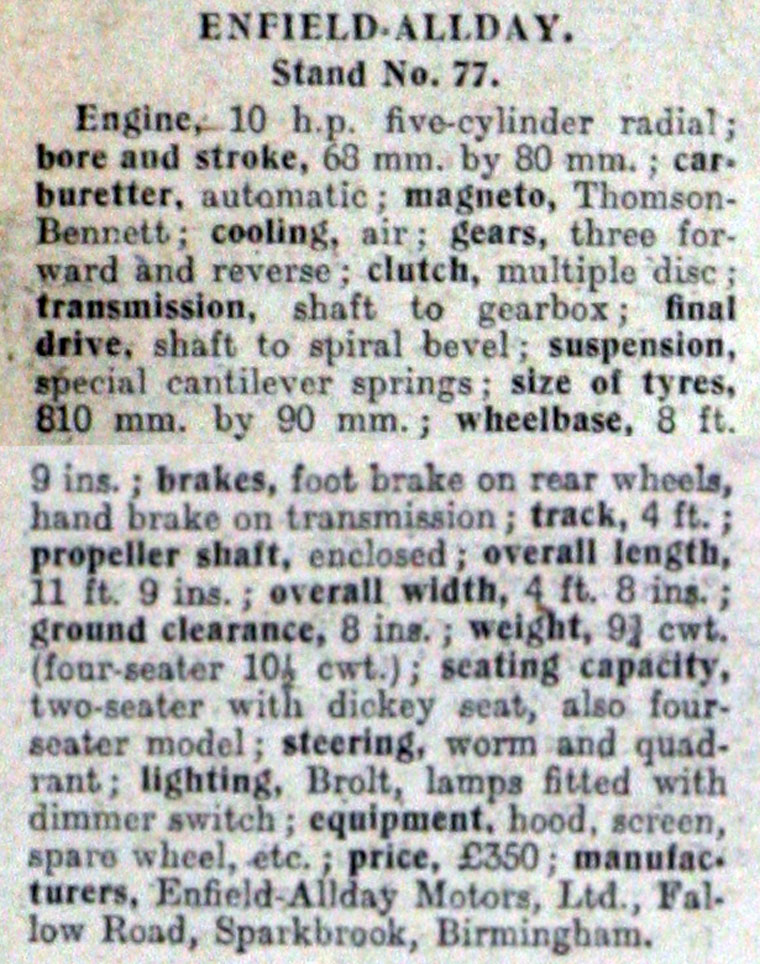 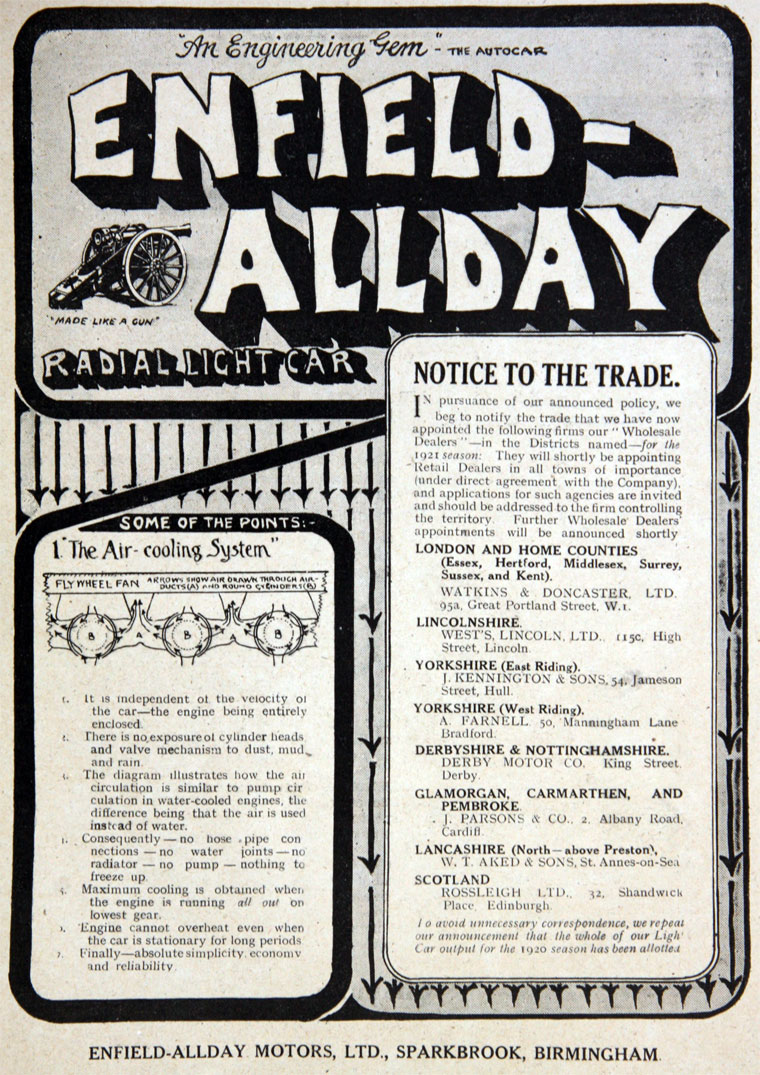 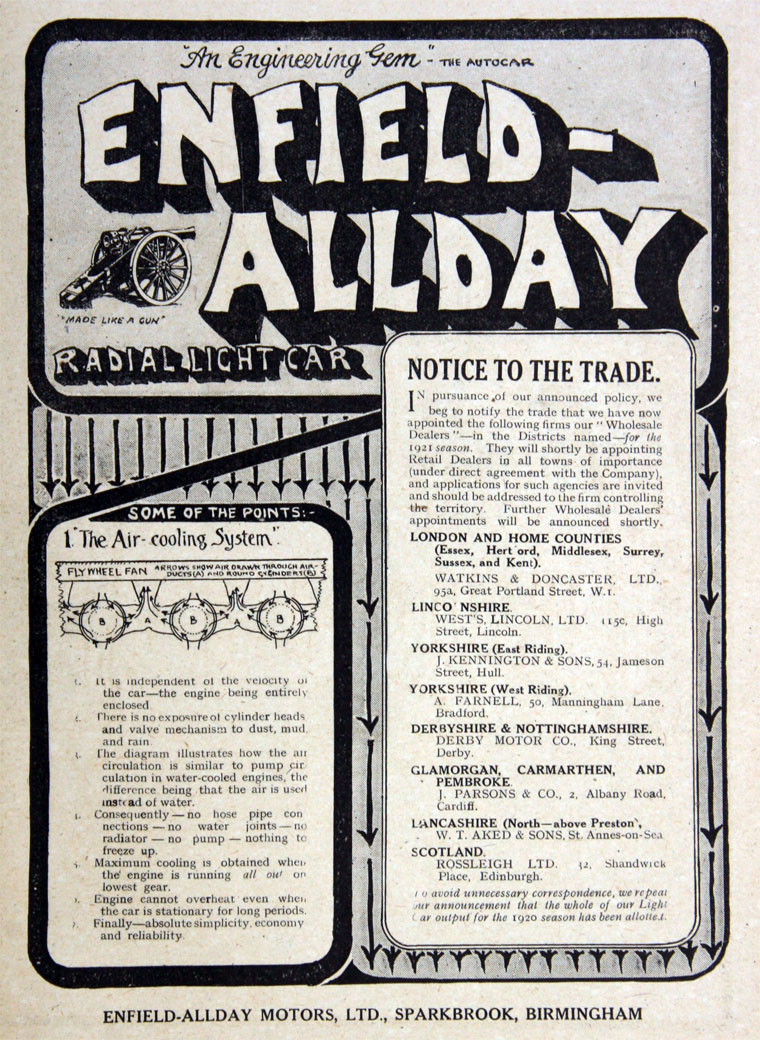 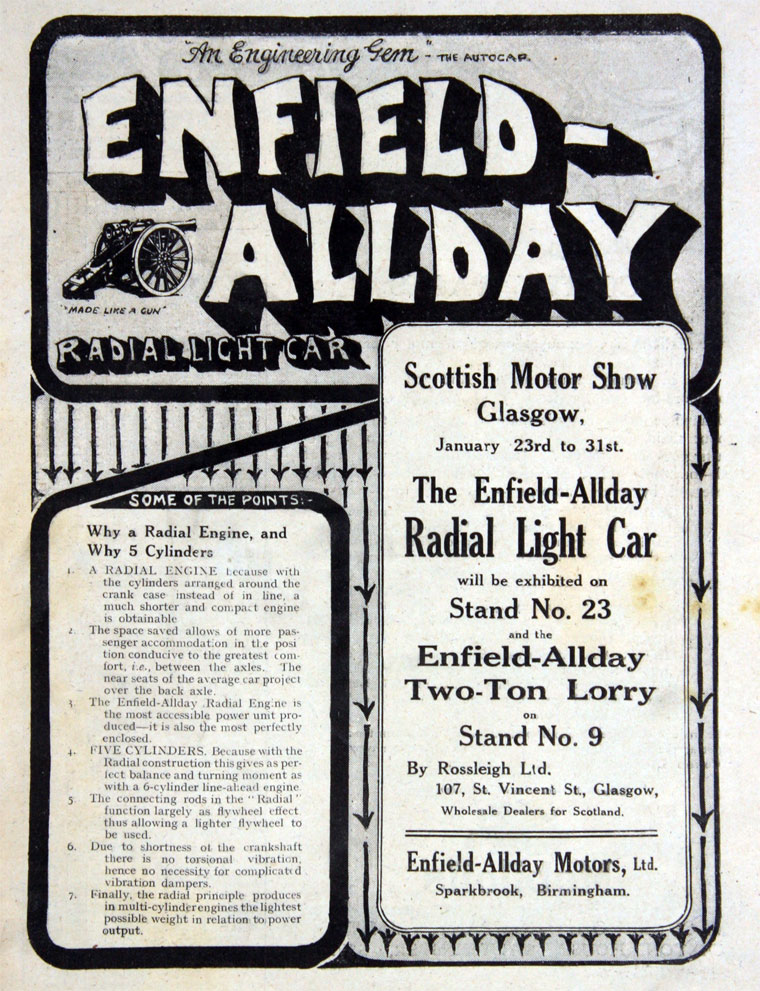 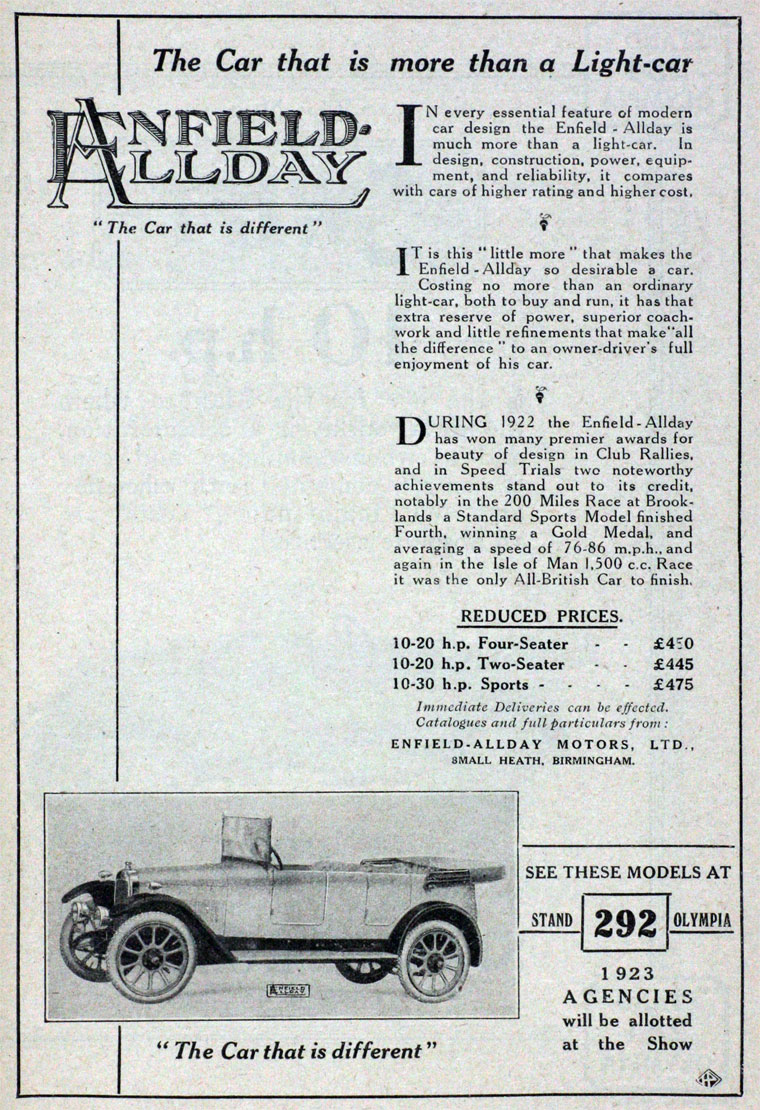 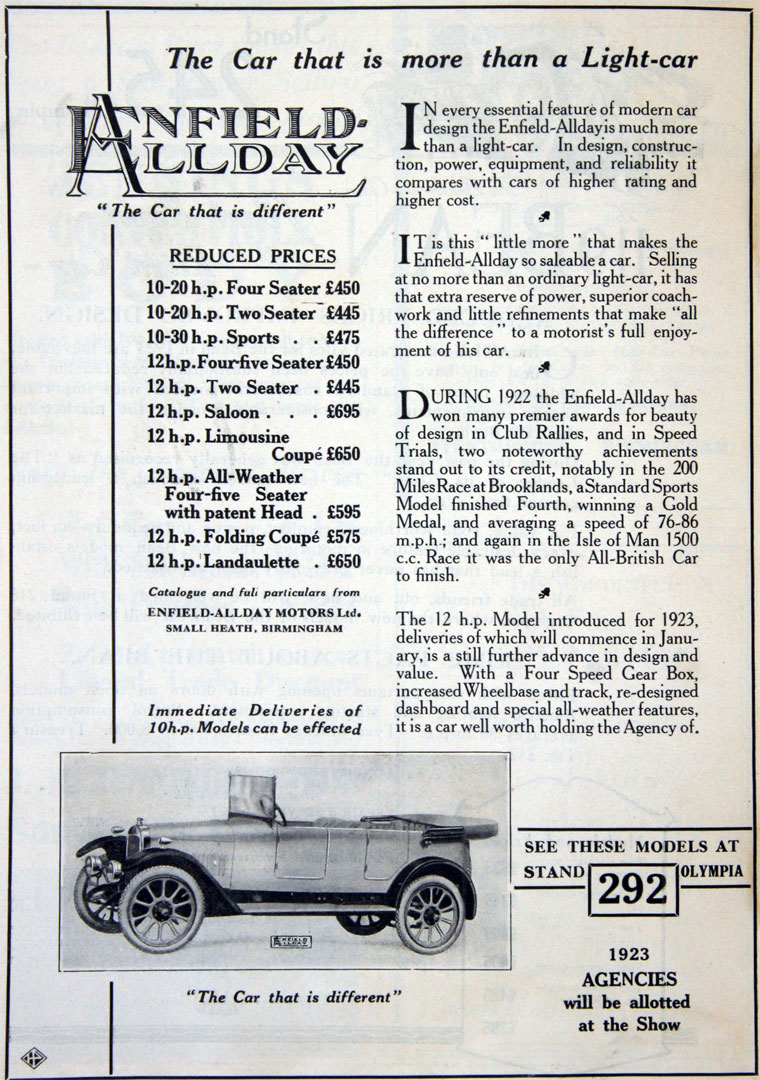 1912 Alldays and Onions had acquired the Enfield Autocar Co including manufacturing rights and trade mark; the company had also established its own works for car manufacture; manufacture of the two types of car would be kept separate; motorcycles were also built[1].

A. C. Bertelli was works manager and A. W. Reeves was leading the design