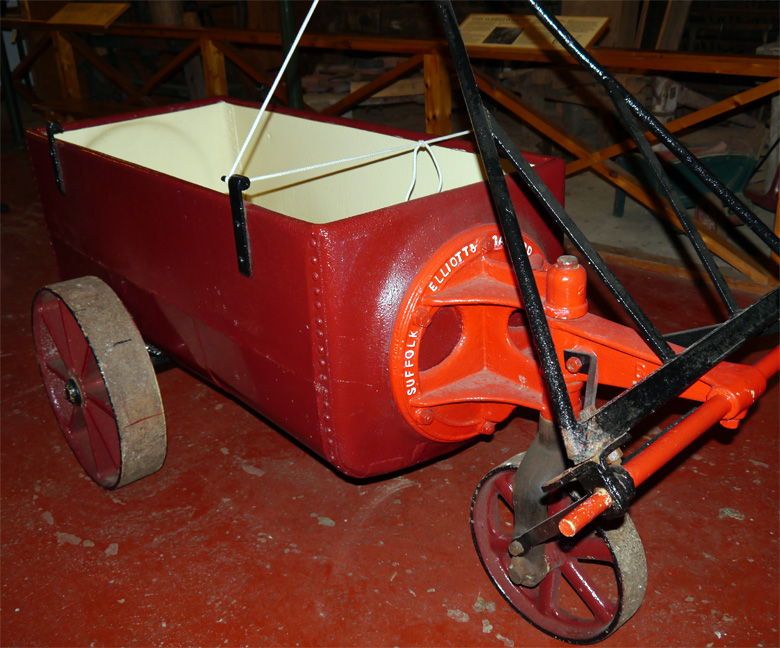 Exhibit at the Museum of East Anglian Life.

Detail. Exhibit at the Museum of East Anglian Life. 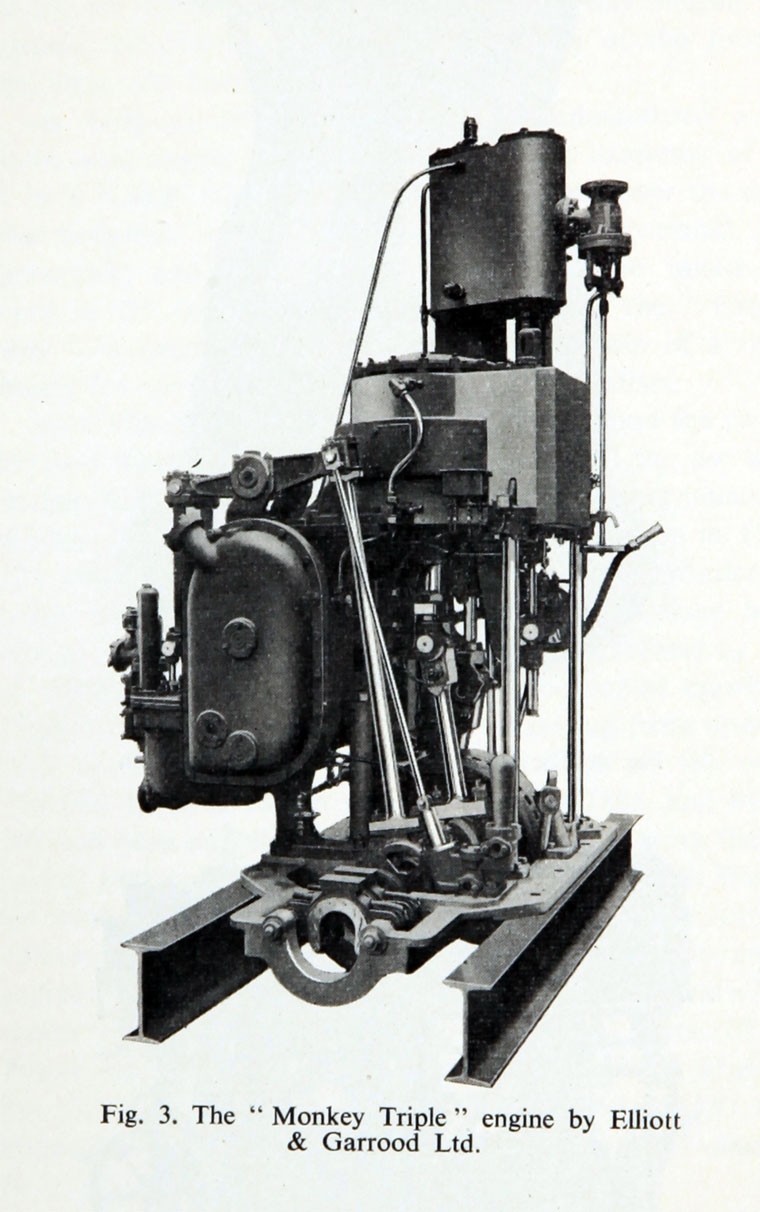 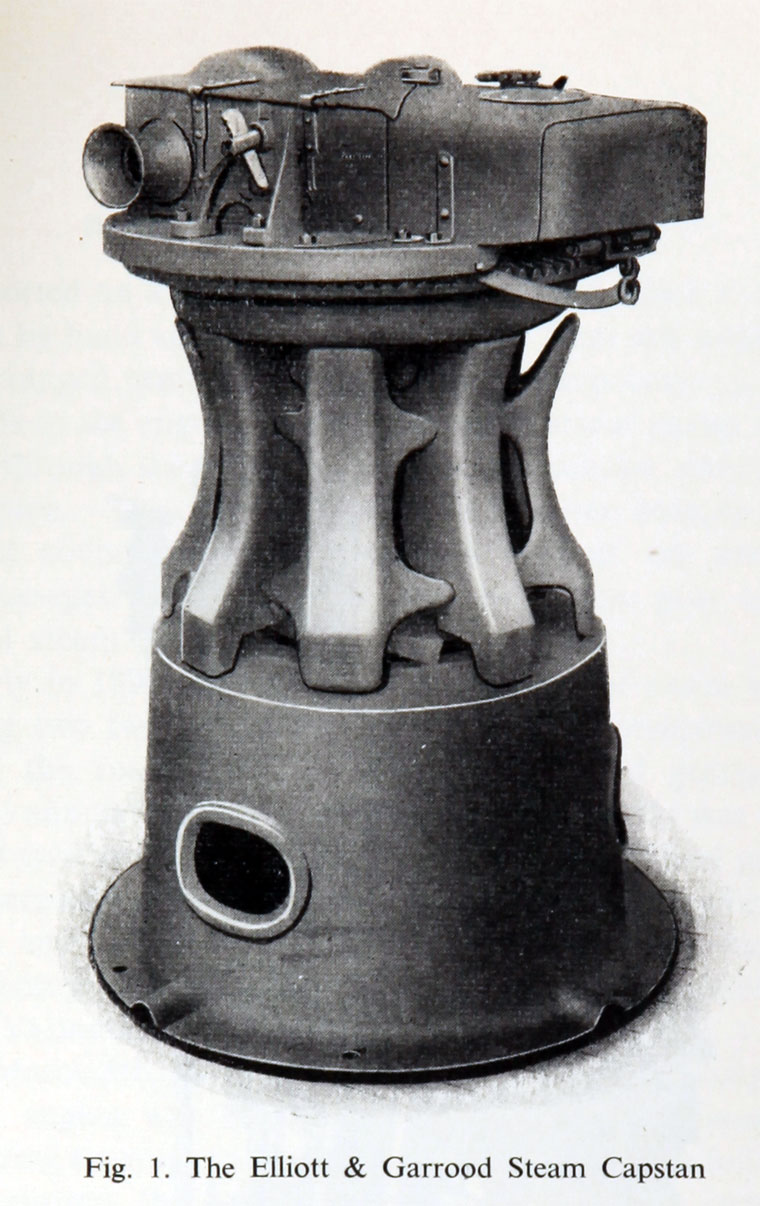 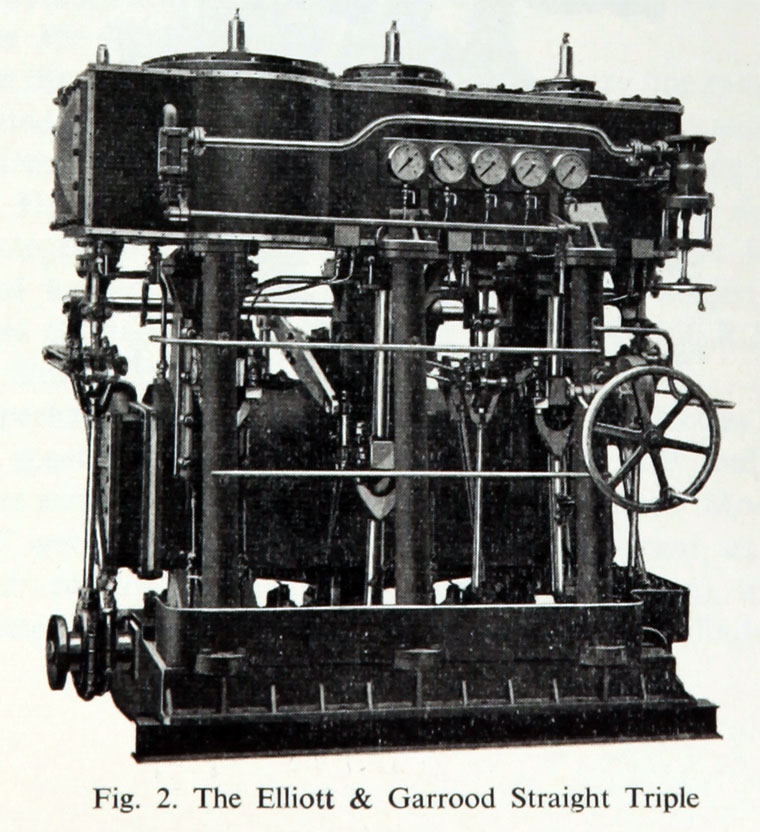 Elliott and Garrood of Ingate Ironworks, Beccles were makers of steam engines for marine use.

1884 Company formed by the merger of the businesses of William Elliott (mechanical engineer) and William Garrood (an agricultural smith).

1897 The company had limited status.

1897 On the 4th March the first compound marine engine was fitted to a drifter named 'Constellation'.

Were well-known for their 'Monkey Triple' engine.