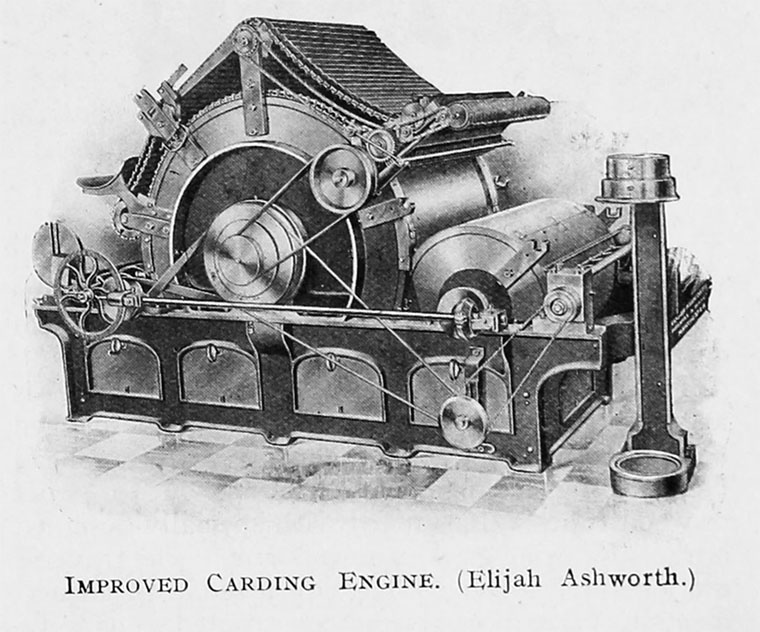 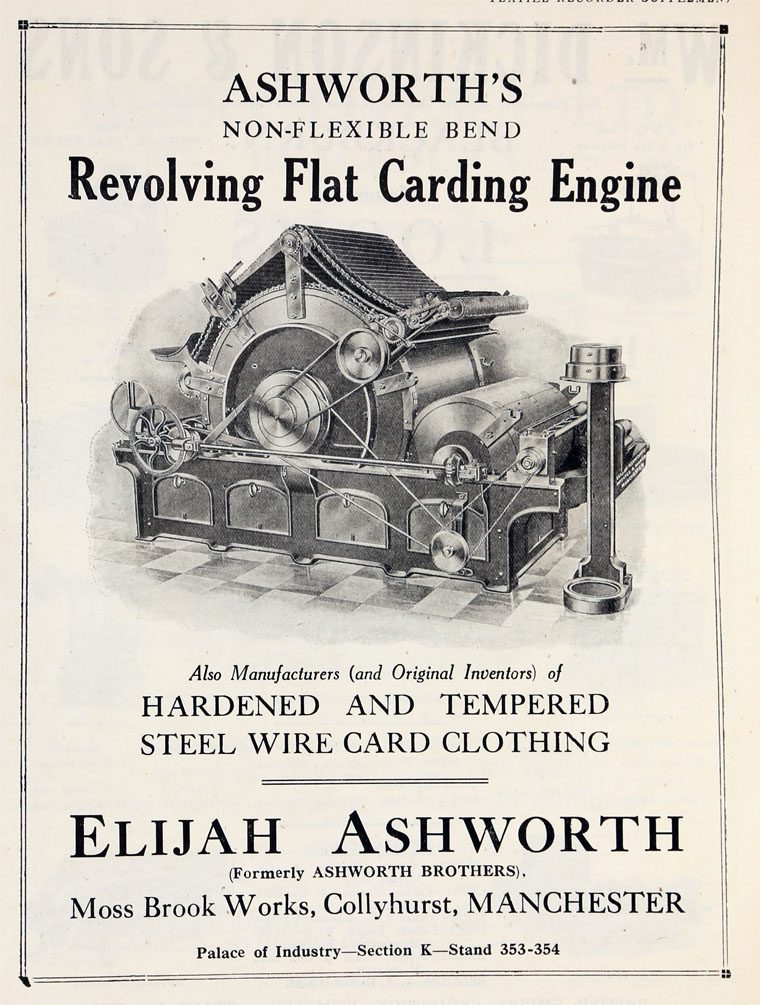 1903 'LOCAL PATENT CASE To-day, the Lord Chancellor, Lord Robertson, Lord Shand, and Lord Davey continued in the House of Lords the hearing of the appeal of the English Card Clothing Company against the decision of the Court of Appeal in which it was held that the company had infringed the patent of Mr. Elijah Ashworth of Manchester and Wilmslow, by which he had protected tempered wire from oxydisation and so made a bright wire which could be used directly in the manufacture of card clothing for the cotton and wool industry. Mr. Fletcher Moulton, K.C., addressed the Court with a view to showing that though everybody in the card trade had seen the evils of the discolouration of wire in tempering, yet nobody had recognised that it was due to oxydisation, and that protecting the heated wire from oxygen was a means of overcoming a great difficulty until plaintiff (Mr. Ashworth) did. Mr. Cripps, K.C., having replied for the appellants, the hearing was adjourned until Monday.' [1]

1917 'The death is announced Mr. Elijah Ashworth, a well-known engineer, of Moss Brook Works, Collyhurst, and Harefield Hall, Wilmslow. He was a member of the Royal Horticultural Society and chairman of the North of England Orchid Society. Mr. Ashworth had one of the biggest orchid collections in the country.'[3]