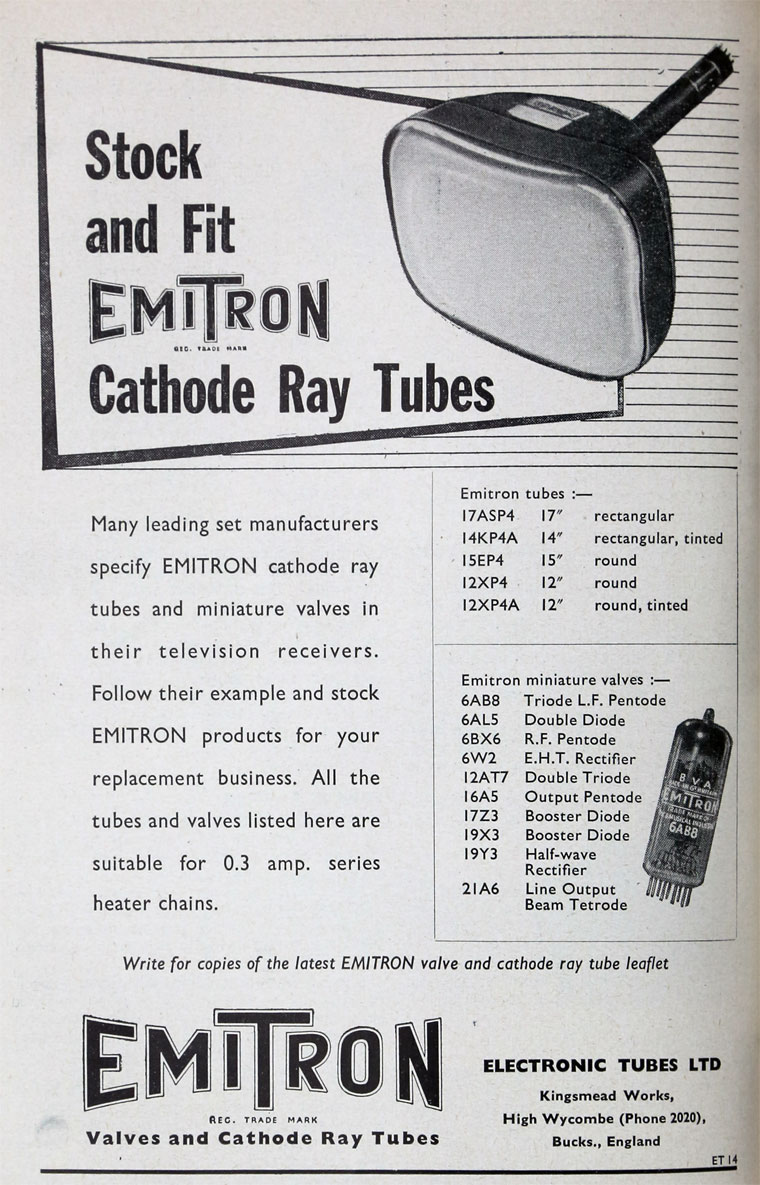 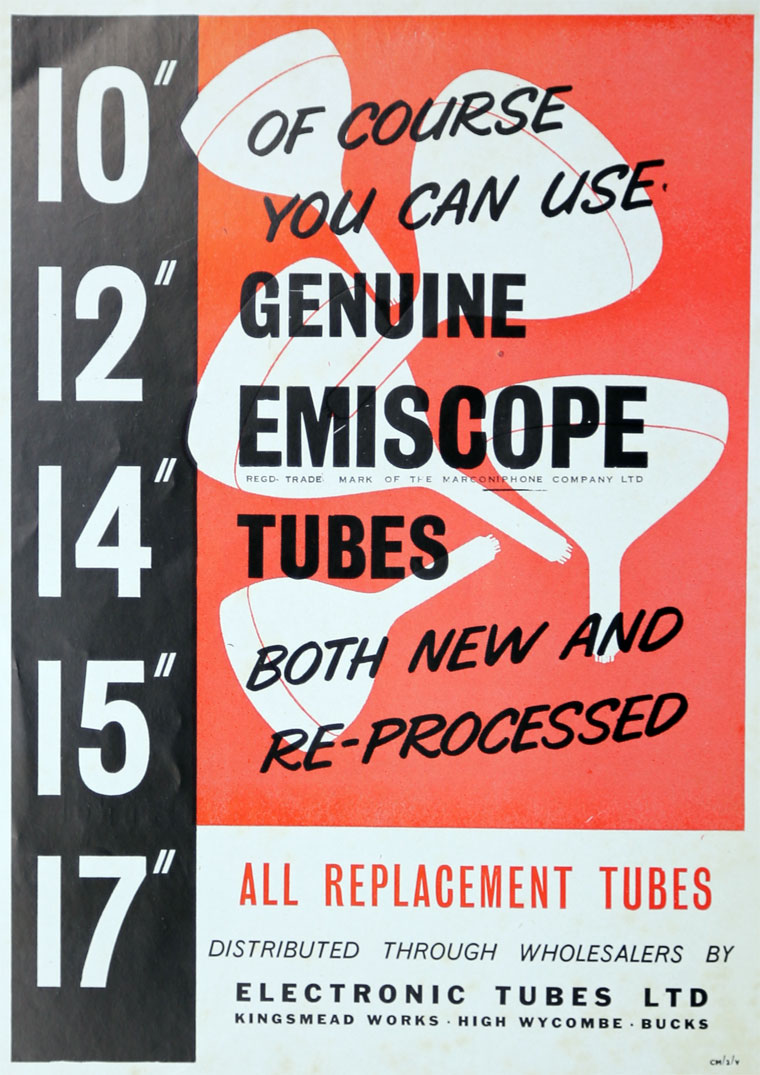 1946 Private company established to contain A. C. Cossor's thermionic valve operations, which had been concentrated in one unit after the end of the War, in collaboration with Sylvania Electronic Products. This subsidiary was entitled Electronic Tubes.

1949 EMI acquired control of Electronic Tubes which continued to supply A. C. Cossor which retained a financial interest in the company[1].

1958 Patent on improvements in electron guns.

1963 Patent on improvements in circuits for cathode ray tubes.