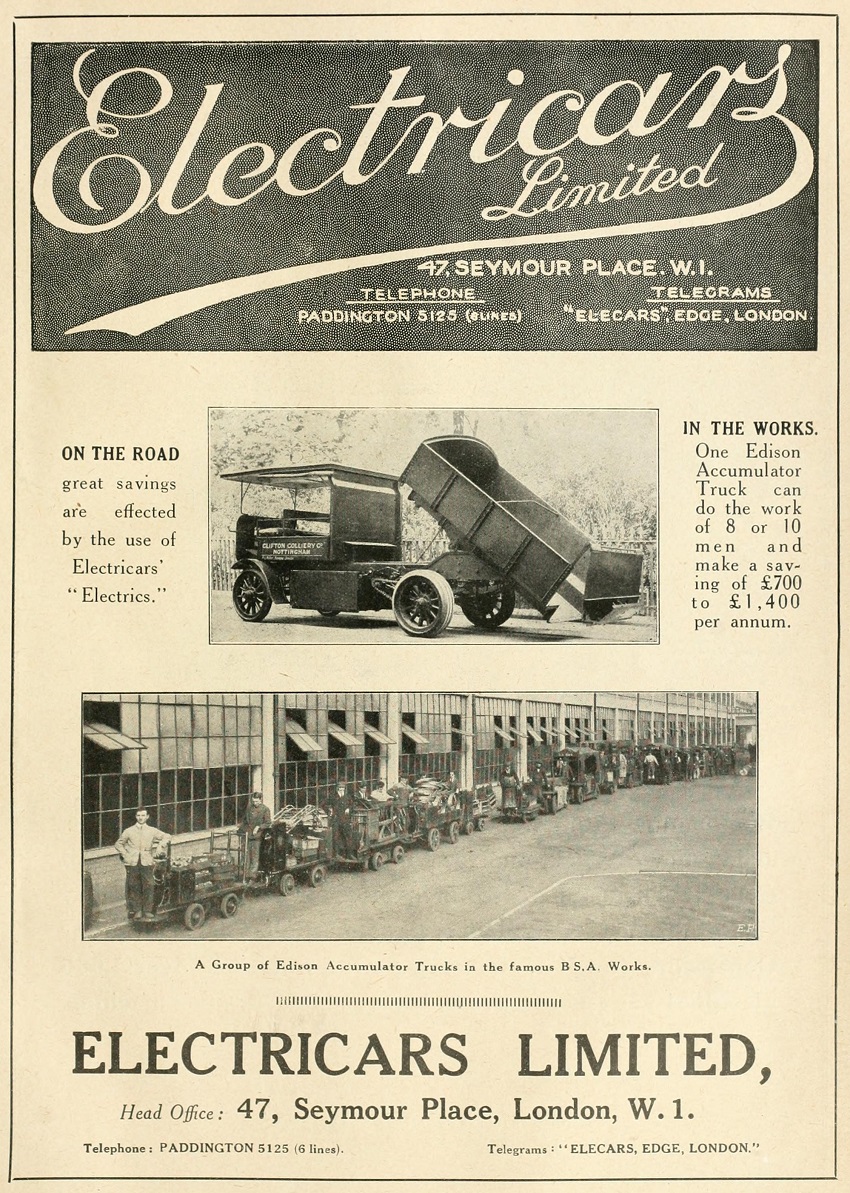 1927 Mr Treece who had been works manager of Electricars Ltd., Landor-Street, Birmingham for the past six years, was appointed general manager.[1]

1927 July. H. R. Simpson was appointed technical sales representative in London and the South of England.[2]

Presumably this led to the Morrison Electricar

1950s The introduction of the more versatile fork-lift truck led to the demise of the platform truck in the early '50s.