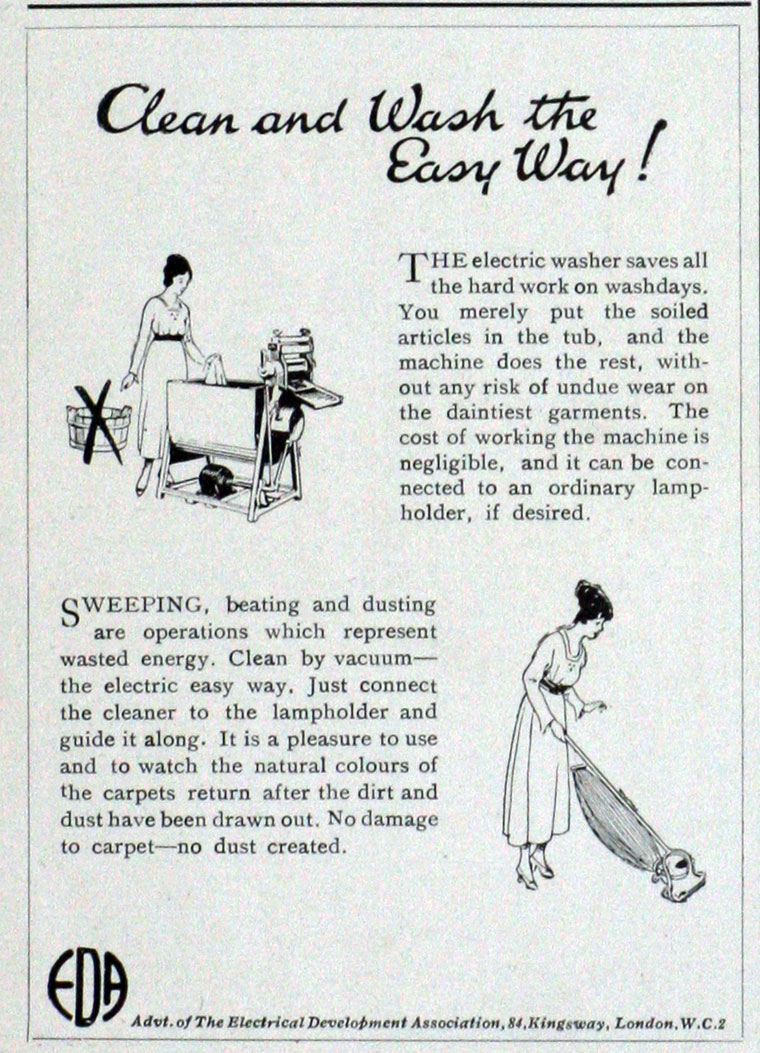 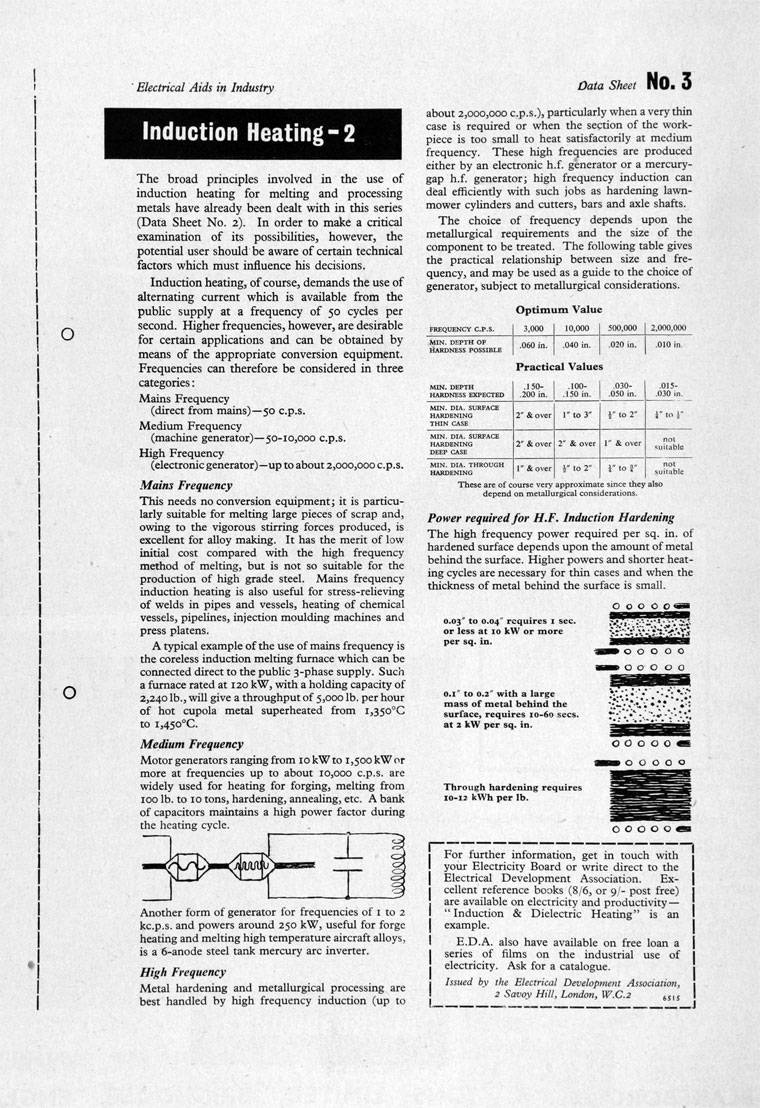 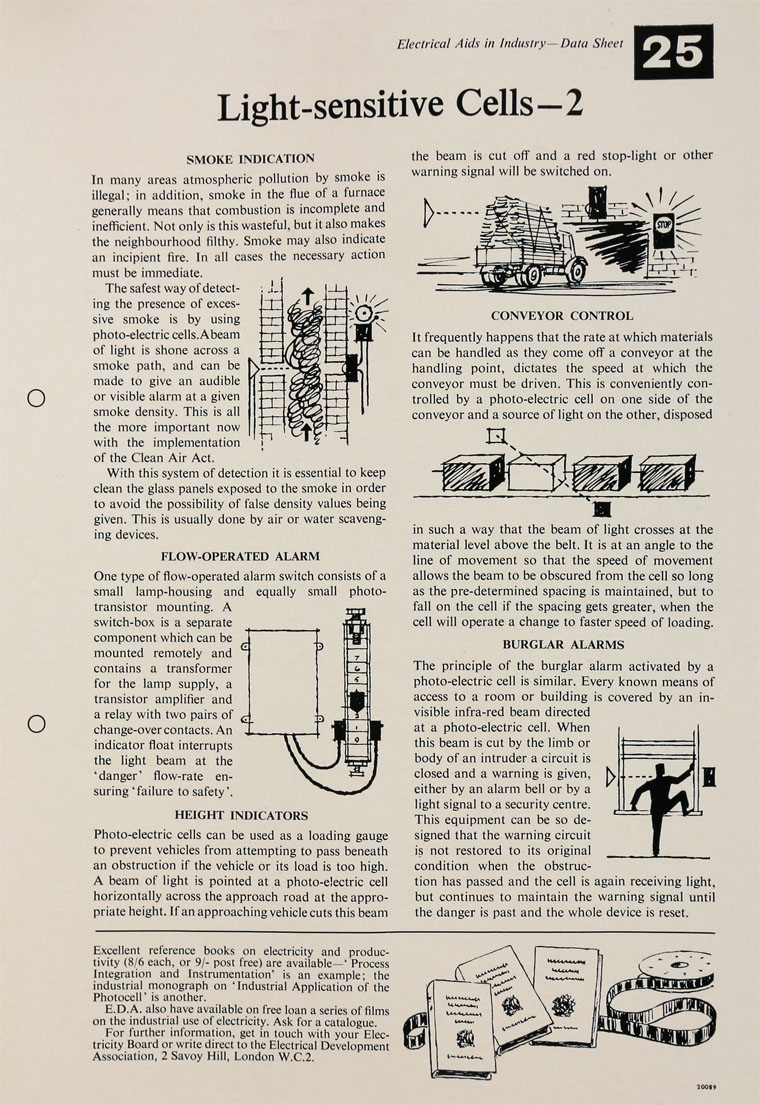 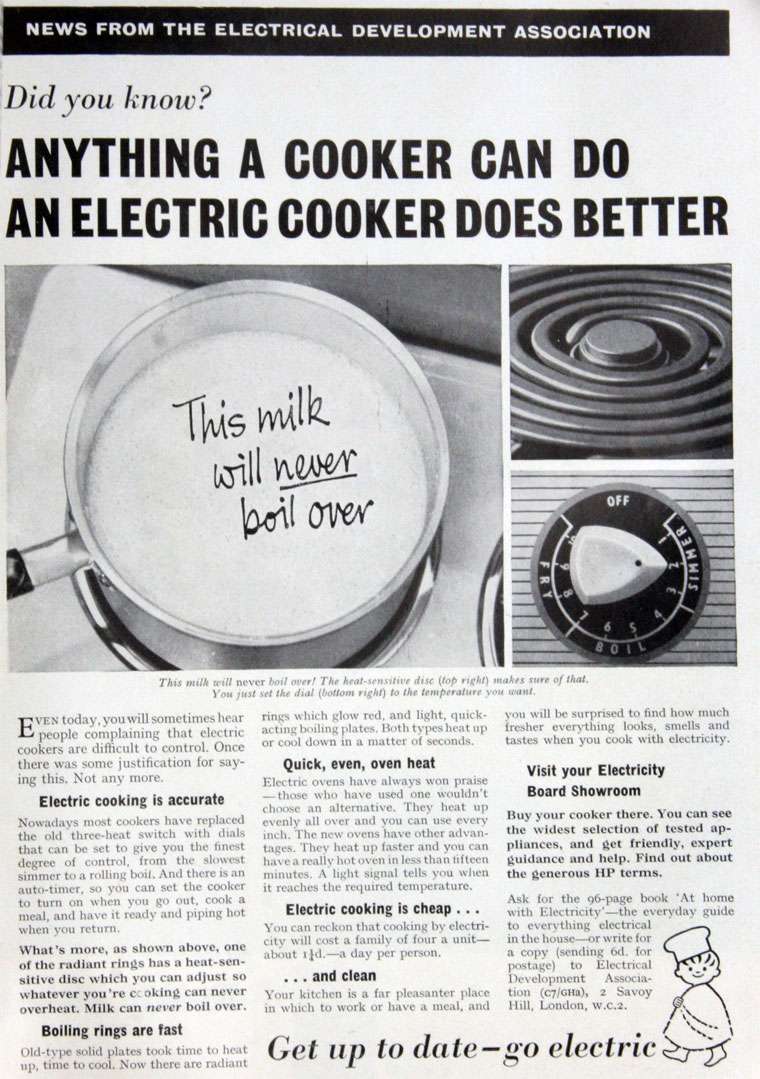 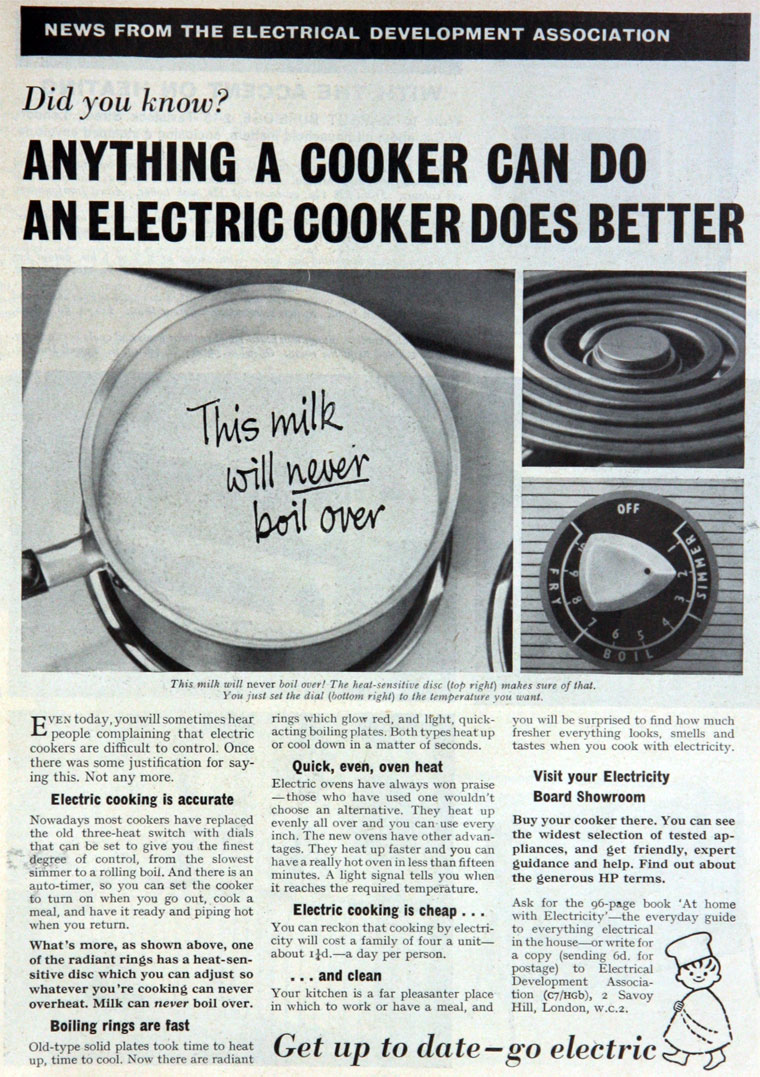 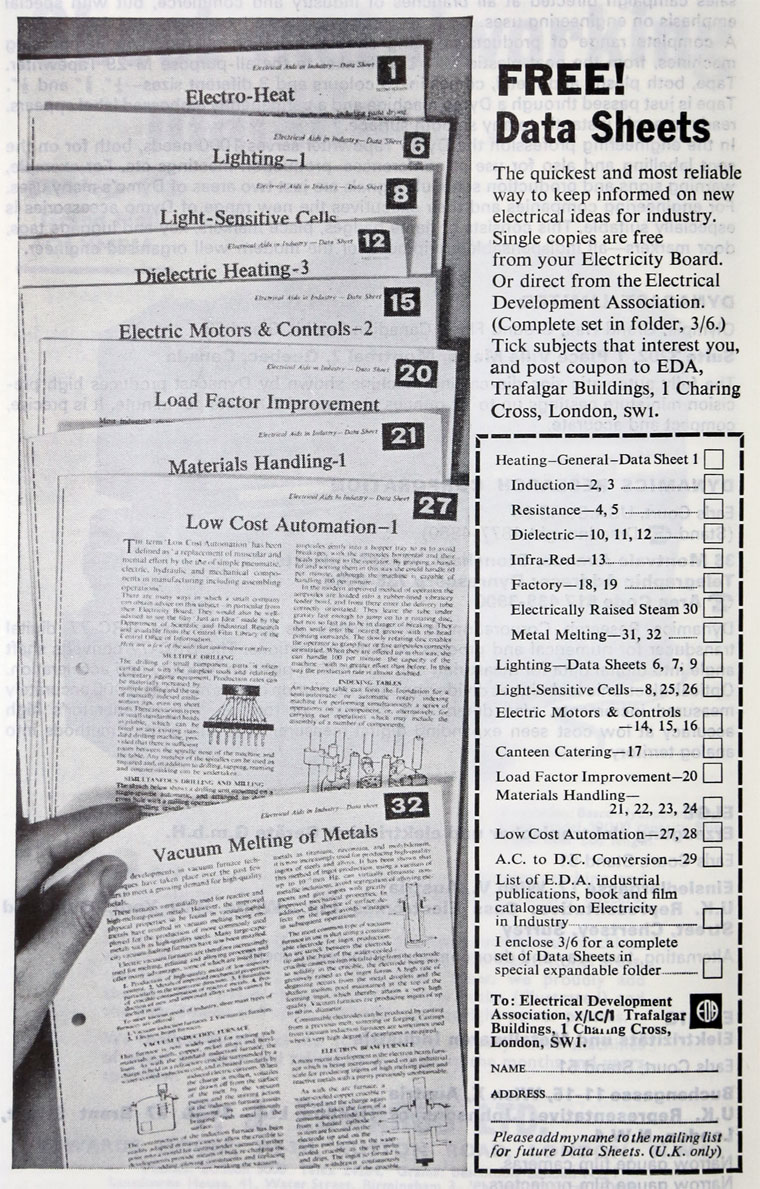 1919 The British Electrical Development Association (EDA) was formed in 1919

1964 The EDA's testing house at Leatherhead was taken over by the Electricity Council; these laboratories were concerned mainly with the testing of domestic electrical appliances and certification under the British Electro-technical Approvals Board for Household Equipment (BEAB) scheme.

1966 the Electricity Council took over responsibility from the EDA for all national promotional work carried out on behalf of the Area Boards.