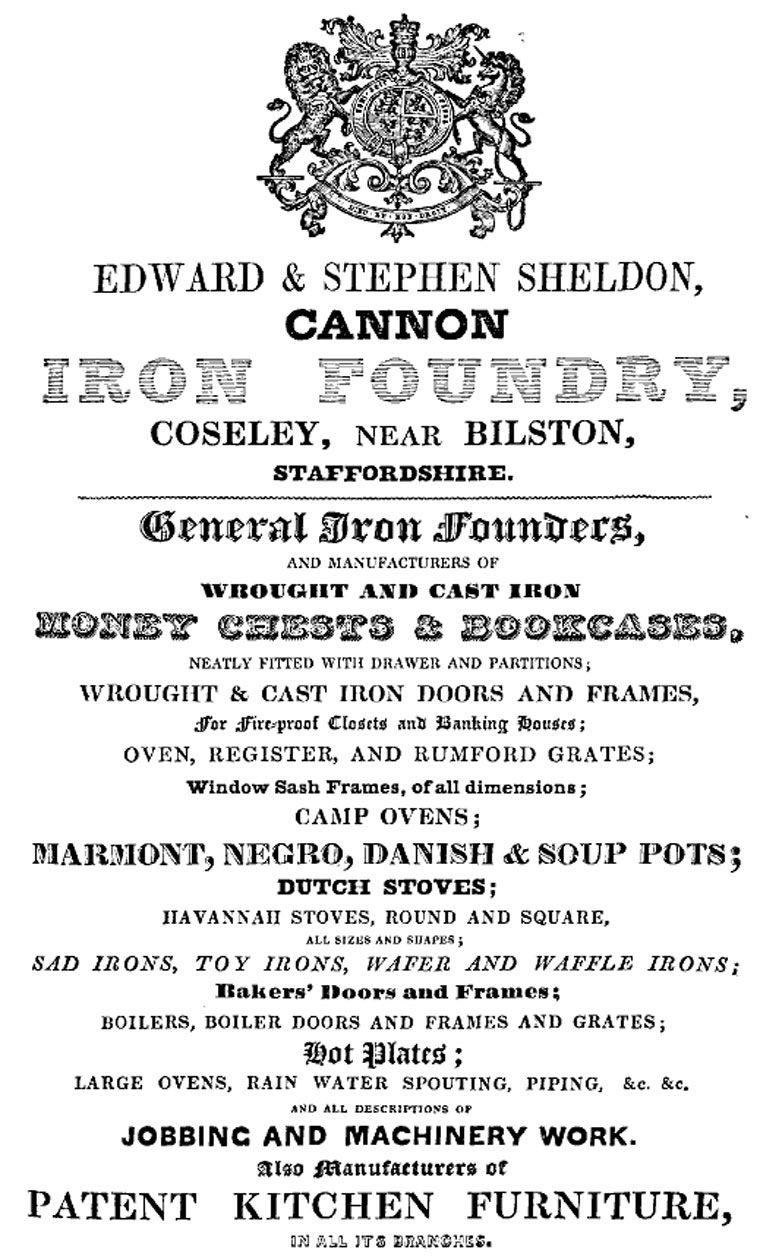 1826 Edward and Stephen Sheldon established a foundry at Coseley for the manufacture of cast iron pots and pans, (although an account book of 1820-24 for Smith, Sheldon and Co in the possession of Cannon Industries Ltd, indicates that there was an earlier business partnership).

The original site, on an estate known as The Dowry, was ideally placed for such production, as it abutted a branch of the Birmingham Canal and adjacent collieries provided fuel for the foundry.

1838 The opening of the Coseley Tunnel further improved the site's transport links by reducing the length of the original canal route to Birmingham. This encouraged expansion of the Sheldon's' enterprise at The Dowry and on to adjacent land.

1853 After Edward Sheldon's death in 1853, the business was carried on by his sons-in-law, William Barnett and John Hawthorne. The company continued in family ownership through their sons, Edward Sheldon Barnett and William Henry Hawthorne, (and through Richard Clayton, a solicitor, who married William and Catherine Barnett's daughter in 1874).

1884 The business, which had been trading as E. Sheldon and Co, was incorporated as a private limited company and its name changed to the Cannon Hollow-ware Co Ltd. The shares were held only by the earlier partners, who were all family members.