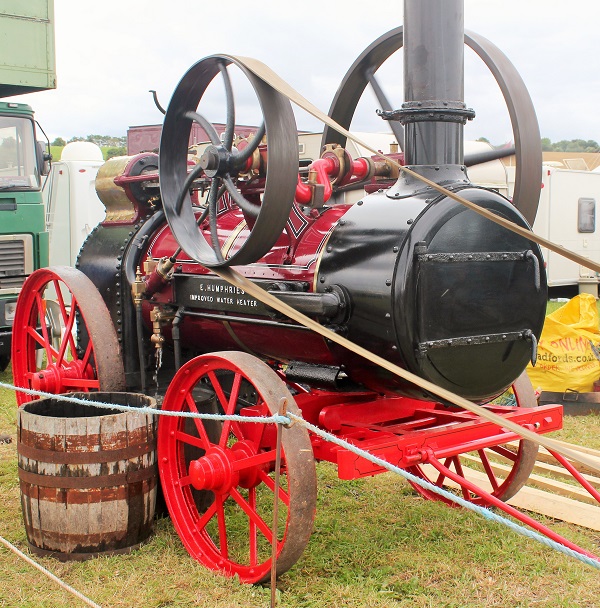 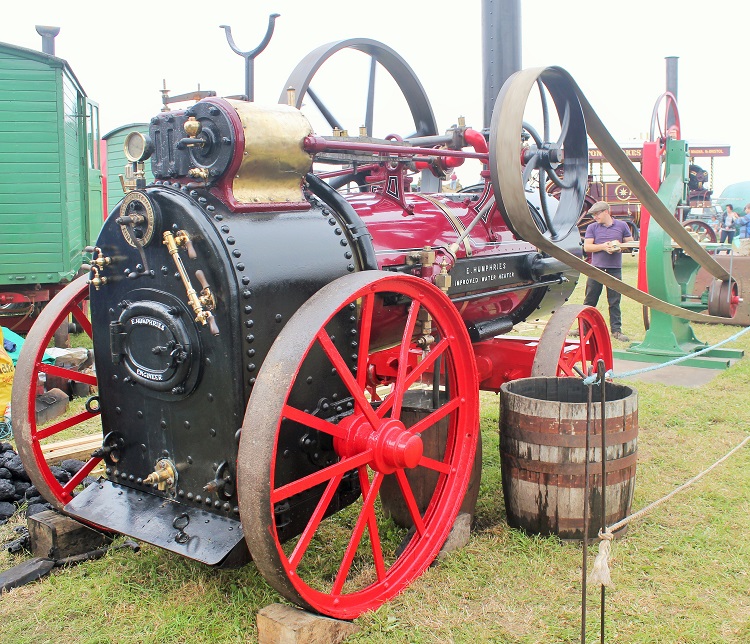 Original boiler and firebox of Works No. 219

A restored Edward Humphries portable engine was displayed at the Great Dorset Steam Fair in 2017. See photos. The construction date is given as 1850. It was supplied new to the Collins family of Inkberrow, and worked until 1915. It was bought by Mr A. Sparkes in 1993, who restored it. The old boiler was beyond repair, and was replaced by a new one made by Mendip Steam Restoration in 1995. The original boiler was displayed alongside the new engine in 2017.