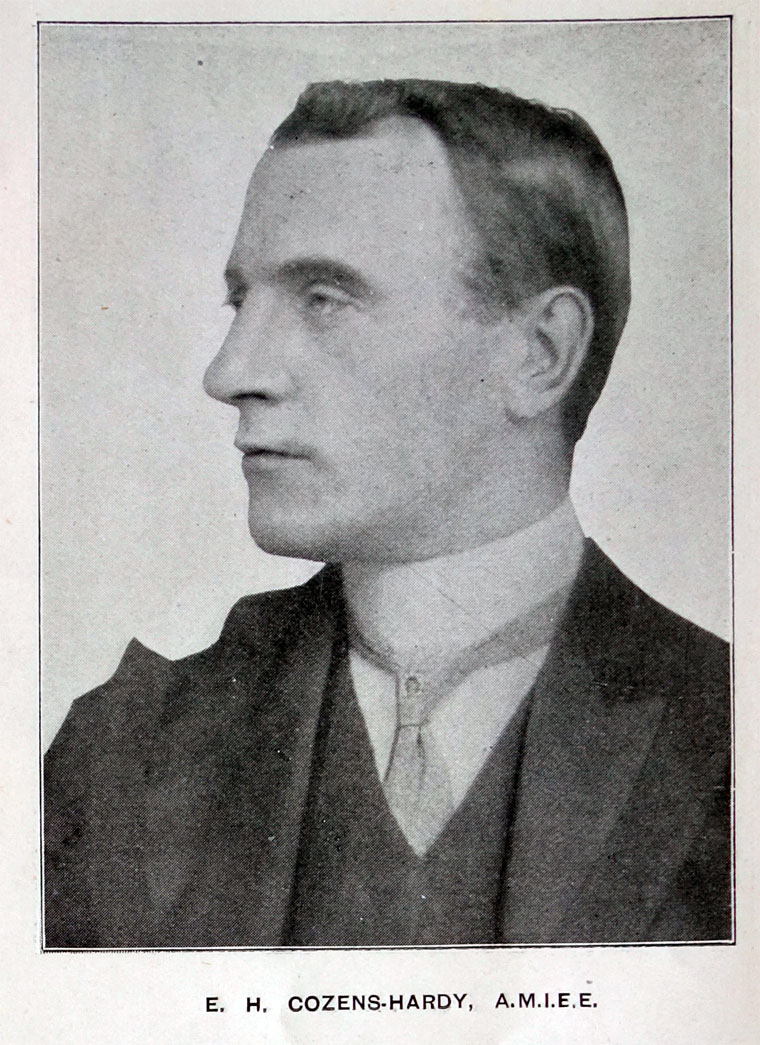 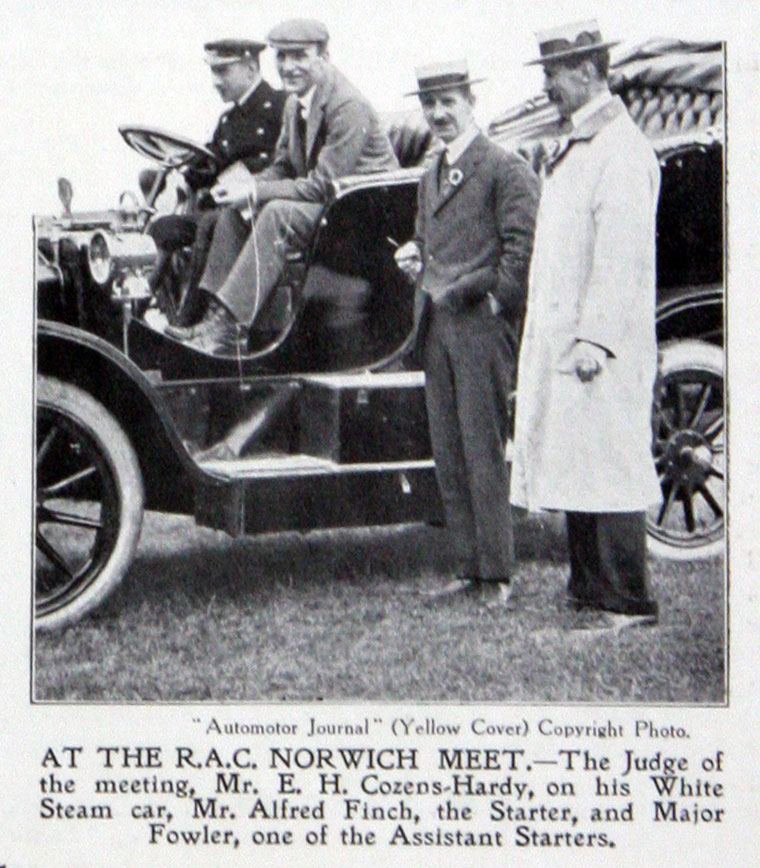 1904 'COZENS-HARDY, E. H., 82, Victoria Street, Westminster, London, S.W. Cars: Oldsmobile, 20-h.p. Winton. Is a member of the firm of O'Gorman and Cozens-Hardy, consulting engineers, Westminster. Son of the Right Hon. Lord Justice Cozens-Hardy. Served pupillage "at the bench" in the engine and car works of the Brush Electrical Engineering Company, at Loughborough, for whom he afterwards had charge of electric traction work. Has always been his own chauffeur. Was one of the judges in the A.C.G.B. & I.'s 1,000 miles' trials, 1903. Club: A.C.G.B & I. (Club and other committees).' [1]

COZENS-HARDY, E. H.- Born in 1873, and educated at Rugby School, Mr. Edward H. Cozens-Hardy studied engineering at the Central Technical College, serving his pupilage with the Brush Electrical Engineering Company, of Loughborough, taking afterwards charge of this firm's electric traction work until, in 1898, he became a consulting engineer. Mr. Cozens-Hardy took to motoring since 1899, his first car being one of the early 8 h.p. four-cylinder Mors cars. He has also been a devotee of the motor bicycle, several of which he has owned, and at present uses an Oldsmobile and an electric car. In conclusion, it may be interesting to mention that he has always been his own chauffeur, and that he is the son of the Right Hon. Lord Justice Cozens-Hardy.

Lord Cozens-Hardy The Rt. Hon. Lord Cozens-Hardy, who was born on 28th June 1873, was educated at Rugby School and studied electrical engineering at the Central Technical College, Rugby. At the time of his death he had been a Corporate Member of this Institution for over 52 years.

From 1894 to 1896 he served his apprenticeship at the Loughborough Engine Dynamo Works. Subsequently he was appointed Resident Engineer at Stoke on Trent engaged on the conversion of North Staffordshire Tramways; in 1897 he transferred to the Brush Company as Chief Assistant.

In 1898 he entered into partnership as Consulting Engineer, with the firm of O'Gorman and Cozens-Hardy.