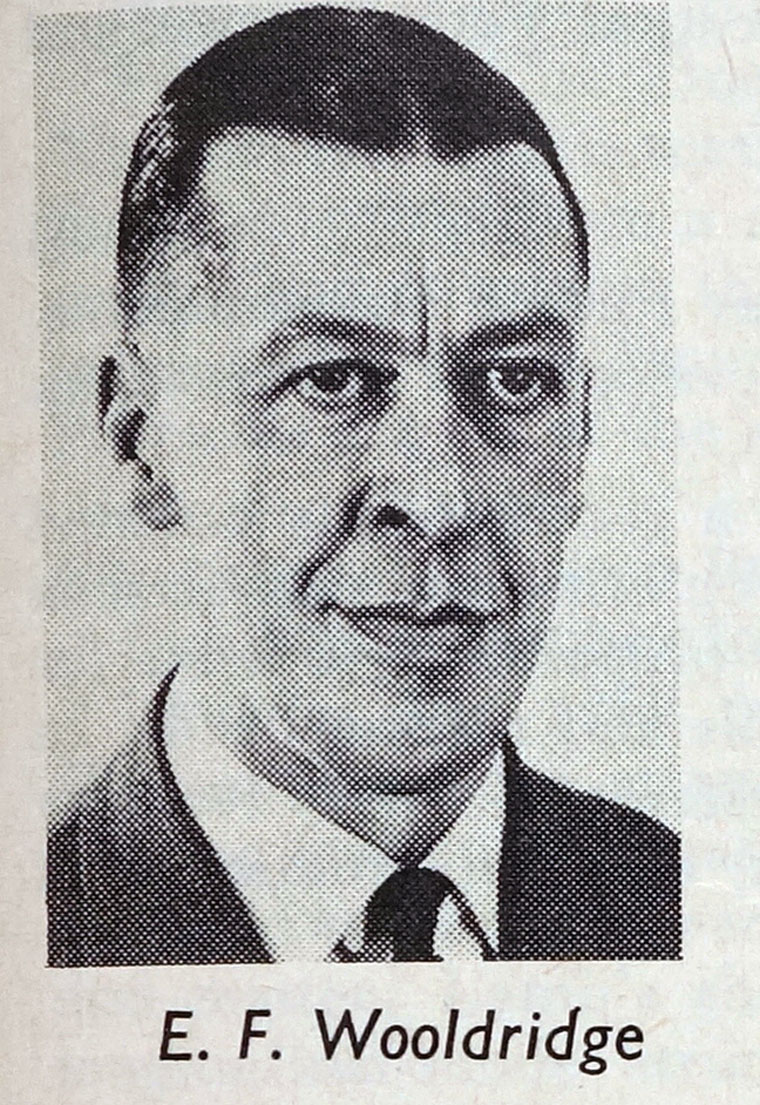 Mr Edward F. Wooldridge (Fellow) has died tragically at the age of 60. He suffered an acute type of heart attack while at the wheel of his car and, in the accident, three other members of his family were killed.

Mr Wooldridge was a well-known personality in the Yorkshire Branch (now North Midlands Branch), where he served on the Branch Committee for many years, holding office as Hon. Secretary, Hon. Treasurer, and Chairman in 1962. He joined the Institution as a Student in 1934, transferring to Graduate in 1935, Associate Member in 1945 and Member in 1959.

He made his career in the steel industry, which he entered in 1927. During the 1939-45 war, he served with the Ministry of Production and returned to steel as a Development Engineer with the USC, a position which he held until late 1969, when he wks appointed Materials Handling Engineer on the Anchor Project at the Scunthorpe Works of the BSC, General Steels Division.

A member of the Iron and Steel Institute, he served on several committees of that body.

A warm and generous character made him friends wherever he went. He helped and encouraged many young members of the Institution and everyone who knew him will be saddened by his untimely death.